Once, in Switzerland, we went to a farmers’ market where Davy bought a lump of local cheese.  It was wrapped in a bag, inside another bag, inside a plastic bag, and locked into the car-boot.  Returning later, we were almost felled, at several metres, by the smell of the cheese, penetrating not only its wrappings, but the car’s steel.
Now that was a cheese you could call a cheese.  It reminded me of Pratchett’s Horace, the ferocious, kilt-wearing Lancre Blue which fights alongside the Feegles.
A cheese like that has a small, specialist market.  A market that became even smaller when we opened the boot, and released the full, pent-up bouquet. stripping paint from a nearby wall.
Still, the cheese had its fans.  Business was brisk.  There was no supermarket executive, saying, “We’ll cease production because it’s too – individual. It’s not economically viable for us.”
Lovers of the ferocious cheese were kept supplied, because the dairy was small enough to respond to its customers – who it met face to face across the market-trestles – and small enough to think every customer important.
Once, all breweries were small, local breweries, producing beer from local produce and to local taste.  Light ales, heavy ales, stouts, porters…  But, in the 1970s, this variety and individuality was disappearing.  Large breweries bought up the small local ones and imposed economies of scale.  Small, odd pubs vanished, and were replaced by uniform pubs selling, beer lovers claimed, uniform, gassy, tasteless beer.
The Campaign for Real Ale formed in 1971, to oppose the ‘mass production of beer and the homogenisation of the British brewing industry.’  The campaign has had enormous success, not only in keeping small breweries open, but in encouraging the opening of new ones, and forcing large brewers to rethink their attitude to their customers.  It’s usual now, as in my local, to find several ‘independent’ beers on sale, even in a pub owned by a large franchise. 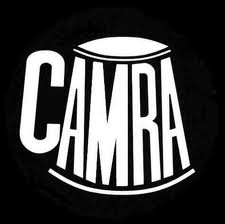 What’s this got to do with books?
Well, recently, the publishing industry, just like the big supermarkets and breweries, has become more focussed on what produces big, fast profits for them, and less interested in what’s wanted by their core market – people who genuinely love reading.
As with the breweries, huge conglomerations bought up smaller, more responsive firms.  Already piffling authors’ advances were cut (thus killing the goose that lays the golden eggs), and mid-list authors with very good sales were dropped because they didn’t make spectacular sales.
We’ve seen – often to the dismay of editors - the rise and rise of Accounts and Marketing, which isn’t interested in nurturing talent for the future, or quality, or originality, or in anything except the spreadsheet and the marketing angle.
So bookshops are full of books-of-the-tv-show, and biographies of 22 year-old reality TV stars – while Linda Gillard, erstwhile of these pages, was dropped by her publishers because she insisted on writing intelligent, original, lively, funny romances with heroines in their 40s.  She had – and has – legions of readers but her publishers said her books weren’t ‘marketable’ because they had no clear genre.  Most of us on this blog have had similar experiences regardless of what kind of books we write.
So here we are.  AuthorsElectric, the Writers’ Market.  The Campaign for Real Authors.
This is our Writers’ Craft Fair.  This is our stall and here, spread out, are our wares.
If you like Farmers’ Markets because the profit goes directly to the small-holder, little bakery or dairy and supports their enterprise – if you buy handmade or vintage clothing because it’s different from what’s in all the conventional, high-street shops – if you buy from Farmers' Markets because you appreciate the greater flavour of cheese or bread made with higher quality ingredients and greater care – then welcome! Please take a look around our stalls.
Please browse the pages – click on the links.  Jump to the writers’ websites.  Visit their blogs – leave a comment and have a chat. Drop by our Facebook page.
If you love reading, if you want to directly support the writers who invent, shape and hone the books you love to read – then be assured, a much larger percentage of the selling price of our books goes directly to the writers than with any conventional publishing deal.  Even though our e-books are generally much cheaper, we still earn more per book than we would with a publisher.
And we’re so pleased to see you here – we hope you enjoy our books - please do come again!

Find out more about all of Susan Price's e-books here.

Check out readers' reviews of my books at Good Reads, here.

This is a lovely piece, but though I'm an ardent supporter of indie - and if possible, free - epublishing, I'm not quite convinced that electric authors are necessarily more individual or ferocious than conventionally published ones. I'm dying to find the Elizabeth Knox, for example, of the e-world.

It's the cheese that was ferocious, not the authors. I was impressed simply by the fact that the farmer's market, being small and responsive to its audience, had room for the ferocious cheese. I hope that an Authors' Market might have room for all sorts of writers, responding to what their readers want to read rather than what their publishers want to sell.

Don't forget Jerome K Jerome's famous ferocious cheese which emptied railway carriages!
But I'm being sidetracked by cheese issues here.
It is one of the great pluses for ebooks - there is a much greater range of titles available than in a bookshop which a) only has a certain amount of stock and b) tends only to stock the big selling titles rather than the smaller niche volumes. And, of course, it's as instant as buying in a real shop, but without the hassle of having to go into town.
So you could also say that like certain cheeses, it's green too!

Susan, I'd like to hope that you're right - and theoretically, you ought to be - though my interest is much more in a place where writers don't have to worry about what readers want (who often don't know till they find it; think Steve Jobs in another context). The problem with focussing on readers is that it's still part of a 'sell' mindset, whether you do it in a small or a large marketplace. This leads, far too often, to bland, conventional work.

Great post, Sue. A perfect analogy with CAMRA. Another straw in the wind, by the way, is the sort of bookshop I went into on Friday for the first time, The Woodstock Bookshop run by Rachel who gave a brilliant talk to the Oxford Young Publishers last week when Dan and I spoke. Small is good: I walked straight in, saw a book I'd really wanted but would have to search several tables crowded with questionable goods for in Waterstones and bought it before we'd even said 'Hello.' It was, by the way, This Isn't The Sort Of Thing That Happens To Someone Like You (Jon McGregor, Bloomsbury). Brilliant, brilliant, brilliant, quirky, clever, how I wish I had the ability to do something like that. Yet it crossed my mind that within three years he might well be on AE.

Lee, I beg to differ about "The problem with focussing on readers is that it's still part of a 'sell' mindset, whether you do it in a small or a large marketplace. This leads, far too often, to bland, conventional work." The fact that publishers choose to put bland/cloned books out there doesn't mean that this is all that authors are writing! The new genres and sub-genres springing up in indy e-publishing and the bestselling e-novels that had been turned down by every editor in the land (eg my own HOUSE OF SILENCE) demonstrate that there was a vast body of creative work untapped by conventional print publishing.

But all these books were written for readers - some very consciously so. Ask any dumped mid-list author who already had a loyal following waiting for the next book. (Me again.)

You're right that what leads to blandness is the pursuit of profit, but that's nothing to do with readers. Readers are far more adventurous than editors give them credit for! It's Tesco & co. who put the conservative brakes on. Readers want a rattling good yarn at a good price and for them anything goes.

as i'm off to germany at 5 oclock tomorrow morning (godamm it) can i please just mention i've finally got skinback books up on facebook. http://www.facebook.com/skinbackbooks. anyone who wants to 'like' it or 'share' it or whatever earns my gratitude. one of the problems of ebooking is getting the world to know you're there. as we're all very well aware. (and no, i won't have email in germany. weird, isn't it?)

Raising a glass to you, Sue, for an excellent comparison with CAMRA.

Lee, I think we do need to keep the reader in mind, but this isn't a deadening influence. I judge my books by what I want as a reader. Is it interesting enough for me? Is the prose beguiling enough? Is the story rich enough? I learned by reading books I love - and so I keep my 'reader self' in mind when I write.