Showing posts from April, 2016
Show All

Birth of a Publisher - Guest Post by Mary Hoffman

OK, so this is not about self-publishing and it’s not exclusively about digital, but it’s a case study of how two people with more ideals than sense decided to start a publishing company that would operate rather differently from the traditional model and the Big Five. If anyone else out there wants to follow suit, it might help you to avoid some of the mistakes we made. Making the Decision It was in the Roxy bar in Siena some time in July 2014. I was there drinking coffee with my husband Stephen Barber (I think he had a round cake too) and we were sitting outside, when the heavens opened and we were going to get soaked. We ran inside and ordered another round of coffee while we waited out the storm. I had a notebook and pen with me (naturally) and we had been talking for some time about possibly starting an independent publishing house. We knew from blogs like this and the experience of friends that it was getting easier for complete tyros to bring out good-looking bo
15 comments
Read more 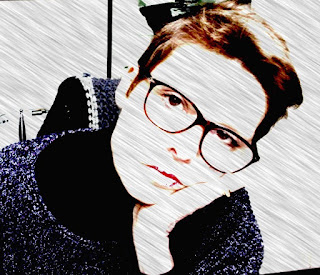 A J Ayer ( I think) made the point that there is nothing you can say that would disprove the existence of God to a person who believes in him: belief is unverifiable. (It’s a long time since I read his  Language Truth and Lo gic but bear with me on this.) Along the same lines there is nothing you can say to a writer that will make us satisfied: satisfaction is unattainable. Yeah, I know these two statements are only stylistically related, but in both cases there are no objective facts that can change the opinion of the believer or the writer. I’ll explain.   If you write a book and you can’t sell either directly or to an agent/publisher then you are sad and believe you have no talent. Even your mother and best friend saying how much they love it is unlikely to change your mind. If you sell the book to the agent/publisher, but not to the top selling retail outlets you are still be sad and believe you have no talent. You tell yourself that your work is too classy to be commercial,
11 comments
Read more 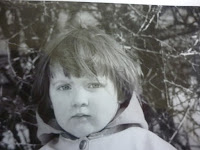 Because it was on display for such a short time, on a picture-postcard Spring day I went to Trafalgar Square to see the Palmyra arch. I haven't posted an image, partly because there are so many online, but also because it would have been spoilt by so many people posing for selfies. The replica looked so startlingly new, but then as a colleague on Facebook so  wisely pointed out, that's how it would have looked when it was first built, only then it wouldn't have had the small missing bit at the top. I was surprised to find it so apparently, unprotected and open to the public, although there were one or two 'heavies' walking around. Curious about Digital Archeology, I walked over to the information centres and had a look around. Apart from the technical stuff (which was fascinating - the amount of work that went into this project was phenomenal), there were two stacks of cards. On one, you could write a general message of peace etc in Syria; on the other, you coul
7 comments
Read more 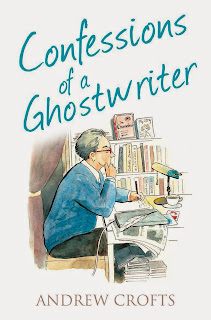 Towards the end of the seventies I received a call from a publicity lady at the ICA , a small, artsy theatre venue in the Mall. “We’re putting on a play called ‘Talent’ by a young writer called Victoria Wood and we wondered if you would like to interview her. You may have seen her singing funny songs on ‘New Faces’ or ‘That’s Life’. She’s playing one of the lead roles as well. Believe me, she’s going to be a huge star.” Publicists always tell you that people who aren’t yet stars are going to be very soon, that’s their job, but it was a free ticket and seemed like a good contact, so I happily went along. Needless to say the play was a gentle revelation and although the young Miss Wood was painfully shy and modest she managed to be a joy to interview. Hearing or seeing someone who is genuinely honest and funny is always life-enhancing.  Playing back the interview afterwards, and then reading through her words once I had typed them up into an article fo
7 comments
Read more

How Do You Measure Time? by Ruby Barnes

How does your garden grow? Dandelions are a curse for gardeners and right here, right now in Ireland, those yellow flowers are popping up all over my lawn. They elbow their way to the surface and push away the grass. Even if you dig them out they leave a muddy patch for the grass to re-colonise and Alfie the dog is likely to dig a fresh hole there as he loves the smell of dandelion roots. Yet, when Alfie and I take a stroll over the field across from our house, those same dandelions are delightful to look at, showing their sunny faces as a reminder that the long wet winter has passed. But can it already be a whole year since the last time they rose up, flowered and shook their seeds into the wind? Perennial pests are a good reminder of our planet completing another solar orbit. I count car and house insurance policies in this category. The annual slap around the head of increasing car insurance premiums, which should surely be falling as I get older, can be mitigated by
13 comments
Read more

Publishing with CreateSpace by Susan Price

Every Electric Author should be publishing paperbacks with Create s pace. I know a lot of us already are - and although they won't need this blog, they might chip in, correct me where I'm wrong, add a few hints and wrinkles of their own.           I don't claim any great expertise - what I know I've learned by having a go, failing and failing better. I wouldn't be at all surprised to learn that I am making some very obvious mistakes. My hope for this post is simply that it will make the process seem more familiar for those who haven't used Createspace before and so take some of the fear out of it.           Why should we all be publishing with Createspace? Well, I'll take last month, March, as an example. It wasn't my best sales month. During March, I sold 6 Kindle books in total, in all markets, though several more of my books were read for free (with Amazon making a small payment to me from a central fund, rather as PLR works.)          In the
23 comments
Read more
More posts