Showing posts from August, 2016
Show All

From indie author Jacqueline Howett to Gothic horror author Anne Rice we’ve all reacted badly to reviews, only most of us do it silently. It isn’t nice when someone hates something you’ve trawled over for months or even years, but to take offence over another’s perspective is completely the wrong attitude. If you’ve a book to sell you’re asking strangers to buy your title, remember that, you’re asking them. You’ve no right to demand they like your book, just as you’ve no right to demand they write a good review. They are strangers. They don’t know you. They don’t care about you. They owe you nothing. Readers tell the truth. Readers like to tell other readers about their great finds or warn them not to touch. Whether they like or dislike a book is down to them. Writers have no right to be angry at ANY review—well, not publicly anyway. You think the low stars are bad for your book? What do you head for when buying? The high stars or the low? I know I head straight f
1 comment
Read more

Authors Electric guest poster, |Seb Kirby Despite the widely held opinion that male authors don't create convincing central female characters, there are some notable exceptions in literary fiction: Daniel Defoe - Moll Flanders , Thomas Hardy - Tess of the d'Urbervilles, Gustave Flaubert - Madame Bovary , Truman Capote - Breakfast At Tiffany's , Kazuo Ishiguro - Never Let Me Go , Ian McEwan - Atonement. Proving that it can be done and done well. But when it comes to male authored crime/thriller fiction, women protagonists are in more short supply. Of course, there are a great many very good and highly successful crime/thriller novels with female protagonists that are written by women (a list too long to mention). And there is a large number of male authored thrillers with strong female characters. A good example is Lisbeth Salander in Steig Larrson's Millennium series. But where are the male authors in this genre when it comes to internalising a view of the wor
4 comments
Read more 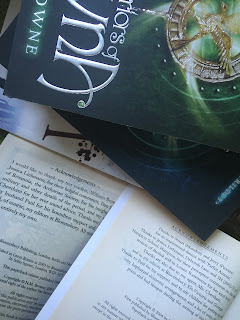 I  am forced to acknowledge that I’ve never been brilliant about acknowledgements. I don’t much like admin (and everything that isn’t actually writing counts as admin.) I’m generally poor at detail and once a book is finished I want to forget all about it and get on with something new. For most of my books, I have missed 'acknowledgements' out altogether.  I have a pathological hatred of speech making. Speeches were banned at my wedding and, at any social event where they are de rigueur, I will generally slope off to the loos to hide until they are over. A fact referenced by my brother-in-law in his own wedding speech as I blushingly emerged from the loos a little early, just in time to hear him mentioning my predictable flight to the loos. Oh, the hilarity. This is relevant because, for me, acknowledgements can feel a bit like an Oscar speech, though as I’ve never watched one, I can’t be entirely sure. Where I remember to include acks, I, therefore, keep them brief to t
2 comments
Read more

Exciting News First suggested back in, I think, 2006, it's gone on for far too long. I 've touched on it, briefly, in blogs,here, and on my website, but couldn't go into more exciting detail because there simply wasn't any. The story is that, many years ago, a really good friend, and admirer of my work (and we all need those) suggested that "THE TIME TREE" might be promising film material, and prodded me into turning it into a film script, which during one of those all too many arid times when nothing else was happening, I did, using several of those 'HOW TO DO IT' books. I showed the result to my agent - she was not impressed. Nevertheless, m y friend was convinced that the book had 'legs', so I took it walking. I can't post the details of that walk because they're still under wraps, but know that finally, in 2016, I can tell you that a company is interested enough to offer me a contract, with filming to start in Spring 2017.
1 comment
Read more

Make Yourself Immortal - Now Everyone Can Do It! Andrew Crofts

Once upon a time immortality was only for the famous or the infamous – now it can be for everyone and I don't see why anyone should be shamed by accusations of "vanity publishing" into forgoing the opportunity. In the past if you wanted your name to live on after everyone who knew you had gone you had to rely on word of mouth. Stories of great ancestors would be told by each generation to the next and through the years they would evolve into myths and legends.   With the invention of the written word the famous were able to take more control of how they were remembered, but only if they were selected by elite publishers or were wealthy enough to pay for expensive private publication. From the writings of Homer to the tales of Beatrix Potter, books cemented the names of only a select few into history. Very occasionally discoveries of handwritten manuscripts like the Country Diary of an Edwardian Lad y would be unearthed and would bestow immortality on someone
1 comment
Read more 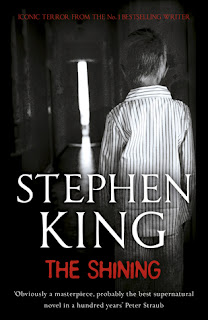 In July 2016 the Barnes family spent two weeks in Majorca, during which three of the four of us read The Shining by one Mr Stephen King. The readings were punctuated by Mrs R appearing at doorways and saying "Here's Johnny!" in her best Jack Nicholson impression, which was scary enough. Imagine our individual surprise when the "Here's Johnny!" phrase was nowhere to be found in the 2011 paperback reprint of the 1977 original novel. We resolved to watch Stanley Kubrick's 1980 film version of the story on our return to Ireland, as it was before my daughter's time and I had never managed to watch the film all the way through.   Many times re-published, this edition of the 1977 novel has a 2001 introduction by the author. The novel revolves around a very limited number of characters in an ultimately claustrophobic setting. What happens before the family of three reach the Overlook Hotel is of great significance when it comes to understanding why
Post a Comment
Read more

Publishing a Picturebook with Createspace - by Susan Price 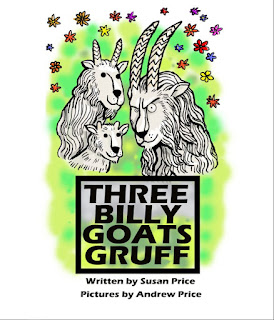 Three Billy Goats Gruff - Susan and Andrew Price At last, Three Billy Goats Gruff is available on Amazon, both as paperback and ebook, after much cursing on the part of me and Andrew Price, the illustrator. With apologies for the length, here's what Andrew and I have learned about the process. How To...Olsen This blog is going to be about Createspace . If you can make it there, you can make it anywhere. After going to the mat with Createspace, producing the Kindle is cake. But don't let me put you off, if you have a spare picture-book. Lash out a couple of quid on How To Format Your Picturebook For Createspace Without The Frustration and get stuck in. We found Olsen's book invaluable, but worked out a few wrinkles for ourselves too.  Graphics Programme You will need a graphics programme, such as PhotoShop (which you can now rent annually or monthly) or the free Open Source programme, Gimp . There are others, such as Canva and one recommended by our o
6 comments
Read more

What makes you fizz? by Jo Carroll

By JO - August 24, 2016
I'm not around today. I'm at a cricket match. (England v Pakistan, an ODI, at the Ageas Bowl, for anyone who is interested.) Cricket isn't for everyone - so this isn't the space where I bang on about googlies and cow corner. Instead - I recall an interview with Alistair Cook (the England captain) after a particularly quiet day in the field, when he talked about the importance of sport as entertainment. People pay to watch just because they enjoy it. He made me think. For, when you unpick it, you could argue that all sports that open their gates to the paying public are in the entertainment business. Football, snooker, cricket - they are all sustained by people willing to pay for the pleasure of watching. And writers? Surely we, too, are in the entertainment business. We hope that we can give enough people enough pleasure to pay for us to keep writing. Pleasure, of course, is a complicated construct. For some it is enough to be diverted from life's realities
Post a Comment
Read more

The Good, The Bad, and The Ugly: Lev Butts Discusses Negative Reviews 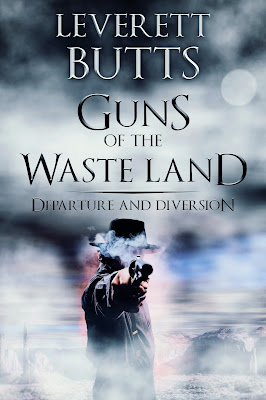 I recently had the first two novellas of my Arthurian Western, Guns of the Waste Land , picked up by Venture Press over in the U.K. for release as a single ebook. This has made me understandably excited as it is my first foray into traditional publishing (although to be fair, both novellas were picked up by Hold Fast Press, a co-op press in Long Beach, California, for publication as paperbacks a few months prior, they just haven't come out yet). One of the biggest benefits of traditional publishing, I have found, is promotion. While I have had some modicum of success promoting my work as a self-publisher, there is only so far I can go on a fixed and meager budget. Also having a professional art department design your cover is a pretty nice perk, too. Venture, though, was able to do quite a bit for me in that department: they gave the book a free give-away, then kept it at a reduced price for a few weeks to drum up word of mouth. They then blasted the Twitter-sphere with s
5 comments
Read more

'Everything Love Is' and the contract between writer and reader, by Ali Bacon 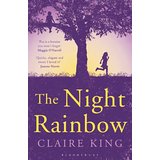 Freebie alert! Anyone who comments on this post from August 22nd - 24th 2016 will be entered into a draw for a free copy of Everything Love Is, the new novel   by Claire King published by Bloomsbury, July 2016 I ran into author Claire King a few years ago on Twitter when her novel Night Rainbow (which I really enjoyed) was accepted by an agent and then a publisher. Since then Claire has not only had her second novel published but also moved from France to Gloucestershire, and so on a  sunny Saturday in July, I met her at her book signing in Stroud (complete with luscious macarons ) and came home to bury myself in Everything Love Is. As expected the writing was gorgeous and the opening had a hint of intrigue in the narrative voice.  Fifty pages in I wasn’t so sure. The main character, Baptiste, a therapist who lives on a canal, was lovely and I wanted to know what was happening to him. But what was happening? The second voice (or was it more than one?) was still per
15 comments
Read more
More posts