Showing posts from April, 2022
Show All

Hero or heroine, it's all the same to children, says Griselda Heppel 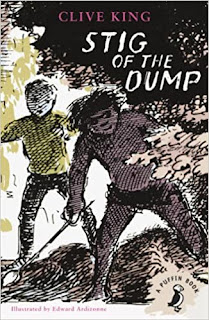 Stig of the Dump by Clive King Last month something happened to me as a children’s writer that filled me with delight. Something that would have been unthinkable even a generation ago. When I was young, few children’s adventure stories had heroines. In most of the books I loved – Stig of the Dump, The Land of Green Ginger, The Phantom Tollbooth, Tom Sawyer, Peter Pan, Jack Holborn – it was a hero who drove the action. Jack Holborn by Leon Garfield I’m not in the least complaining about that; I loved Barney, Abu Ali, Milo, Tom etc. And of course there were many superb – if less obviously adventurous – stories with female protagonists: The Secret Garden, Little Women, Anne of Green Gables, Charlotte’s Web, Carbonel…  But here’s the rub. It was a well-known truism that girls would always read stories with boy heroes, while boys wouldn’t dream of returning the compliment with ones that featured girls. As a writer, if you didn’t want to halve your potential audience, it made sense to giv
2 comments
Read more

By Andrew Crofts - April 27, 2022
The opening chapter of "The Ex-Prime Minister" appeared in this space a month ago. Our hero's adventures continue. Chapter Two.   “Quite a surprising reaction really,” Ding reported by phone the next day. “It seems the producers think there is still an appetite amongst the great unwashed to see more of Ted’s antics. They actually seem to want to know what he will do next. He’s a one-man comedy soap opera.” “Really?” Puppy felt a glimmer of optimism light up somewhere deep inside his chest. Maybe his glittering career as a political advisor hanging onto Teddy’s flapping coat tails wasn’t an entirely dead duck after all. He looked across at Teddy, who seemed oblivious to anything else in the room, hunched over the dining room table, chewing noisily on his tongue and drooling gently as he concentrated on filling in his diary, which he hoped was soon going to elicit a decent sized advance from one of the many publishers who had already expressed an interest. “Are any
Post a Comment
Read more 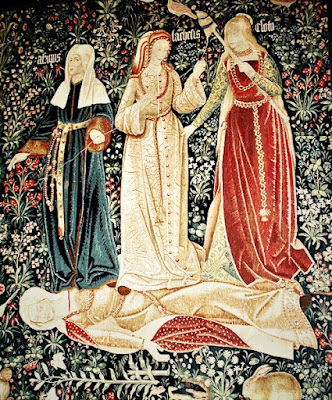 16th Century tapestry of the Fates  In Greek Myth, the Fates were the three goddesses who decided, well, our fate. They were imagined as spinners and weavers, since, in the past, the making of cloth from wool or flax, was a job that occupied most women for most of their days. Clotho spun the thread of our lives, on a spindle. Her name means 'the Spinner.' What she spun the thread from, I'm not sure. Dreams? Time? She was especially associated with the present. That's her, in red, on the right, holding her spindle. Lachesis, in the centre, measured the length of each individual life. Her name has been translated as 'the Allotter' and she concerned herself mostly with the future. When Lachesis had decided on the length of a life, it was Atropos who ended it, snipping through its thread with her shears. She's on the left, an older woman in sober black. Her name meant 'the Unturning' or 'the Inflexible' and her special concern was the past. I sup
4 comments
Read more
More posts