Showing posts from September, 2018
Show All

Will Robots Write the Next Great Novel? 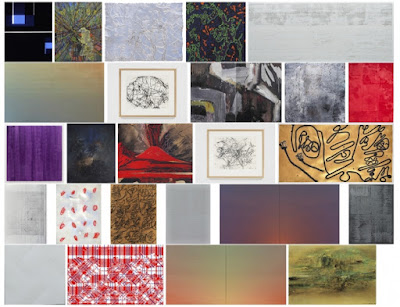 Anyone over the age of 30 can’t help but notice how technology has crept into our lives. It begins by being an anomaly, then a convenience, and finally, a necessity. I learned to type in year nine on a manual typewriter. The kind that requires a powerful physical stab of one’s finger at each key as you force the machine to propel a metal rod up to strike the paper. In year ten, we had already progressed to electric typewriters. Still requiring a lot of force by today’s standards, we had to learn to control our strong fingers lest we trigger too many key strikes with each press. The year after that my family got our first personal computer and everything changed. Now, I can’t imagine having to use a manual typewriter or *gasp* writing a book by hand! But that was the norm less than forty years ago. Today, we have all manner of wordprocessors and computerized writing aids to allow us to optimize our writing style, whatever it may be. Our computers are fast and powerful. We have smart p
6 comments
Read more 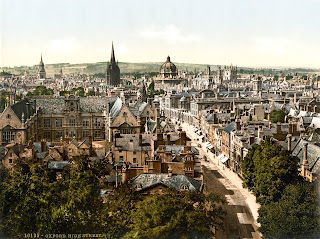 Oh, God! It’s the end of September and my head is still in August. For the first time in twenty-five photo 'Cherwell' years I don’t have a child starting school or university and I am disoriented and confused. I haven’t had to argue over school shoes, iron-on labels, choose pencil cases, or duvet covers, visit Ikea or shoehorn hair straighteners into a car filled to bursting with black bin bags of essential stuff. It is zombie apocalypse levels of weird.     I never get much done in the summer: I am lured by walks in the countryside, the odd glass of rose´ overlooking the river, or coffee out-doors watching the world go by, indulging in a little light gossip. I have lots of useful thoughts but I store them like nuts for colder weather.           This year those signs which tell me it’s time to stop metaphorically gathering hay or wool (or whatever the damn phrase is,) the secret semaphore signals to my brain to tell me to knuckle down have not been heard. I’ve always bee
2 comments
Read more 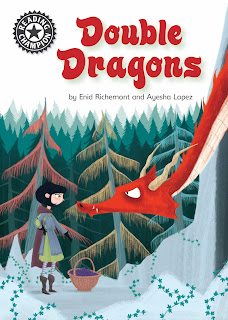 My latest small book with Franklin Watts came out around ten days ago. It's the story of a dragon who's fooled by a princess into attacking his own reflection in a deep pool. He does this because he can't bear to accept that there may be another dragon who might be even better than himself at laying waste the countryside, barbecuing knights and capturing (preferable blonde and subservient) princesses, like the ones pictured in his reference book, to be his slaves. I first came up with this story for a Kingfisher anthology called: "Don't Kiss the Frog" - a more sophisticated version, so a much more grown-up presentation. Visually, I love both versions. Interesting to see that in both, the dragon has come out scarlet, maybe because he breathes out flames? I love the elegant typography in the older version, which I've shown here. And for the vegetarians among you, you'll be pleased to learn that the dragon was converted, and currently lives on his fi
3 comments
Read more

What Would You Be Willing to Do to Be Successful? - Andrew Crofts

By Dipika Mukherjee - September 26, 2018
When the invitation came through Facebook Messenger as a friend request, I saw a young man, no friends in common. Populated as facebook is by shirtless wonders peddling sleazy messages, I was about to hit Decline , but decided to check the message first. It was from the Festival Director of the Chicago South Asian Film Festival, inviting me to moderate a session after the screening of the latest film by one of the most acclaimed stars of the Bengali screen, Parambrata Chattopadhyay, on September 22, 2018.  I am glad I got to view Shonar Pahar, The Golden Mountain . I also had to think about Bengali cinema -- and Bengali poetry -- in a way I haven’t consciously processed in many years. Bengali cinema is recognized worldwide for the towering genius of Satyajit Ray, and Shonar Pahar also pays tribute to a childlike wonder about the world. Parambrata Chattopadhyay beautifully weaves a story about the power of the imagination to create an alternative joyful universe even
4 comments
Read more
More posts