Showing posts from August, 2014
Show All

One of the first things you learn when you self-publish a book is that writing a story and designing a cover for that story are completely different skills. Since republishing my backlist as ebooks, I have certainly felt much more sympathy for my publishers! Because the truth is, getting the right cover on a book is HARD, and yet it's one of the most important elements in selling that book to its readership. So I thought it might be interesting to chart the cover history of my book SPELLFALL, for which I am trying to find a new cover for the ebook edition… at the end of this post I’ll show you some of the premade covers I'm thinking might work, and since the author is not always the right person to judge I hope you’ll help me decide! Spellfall is an interesting book to cover, since it contains a lot of different elements. It’s urban fantasy and takes place at Halloween with covens of Casters (i.e. witches and wizards) living among us. But there’s also a parallel world calle
11 comments
Read more

How to find and approach journalists - guest post by Alice Furse 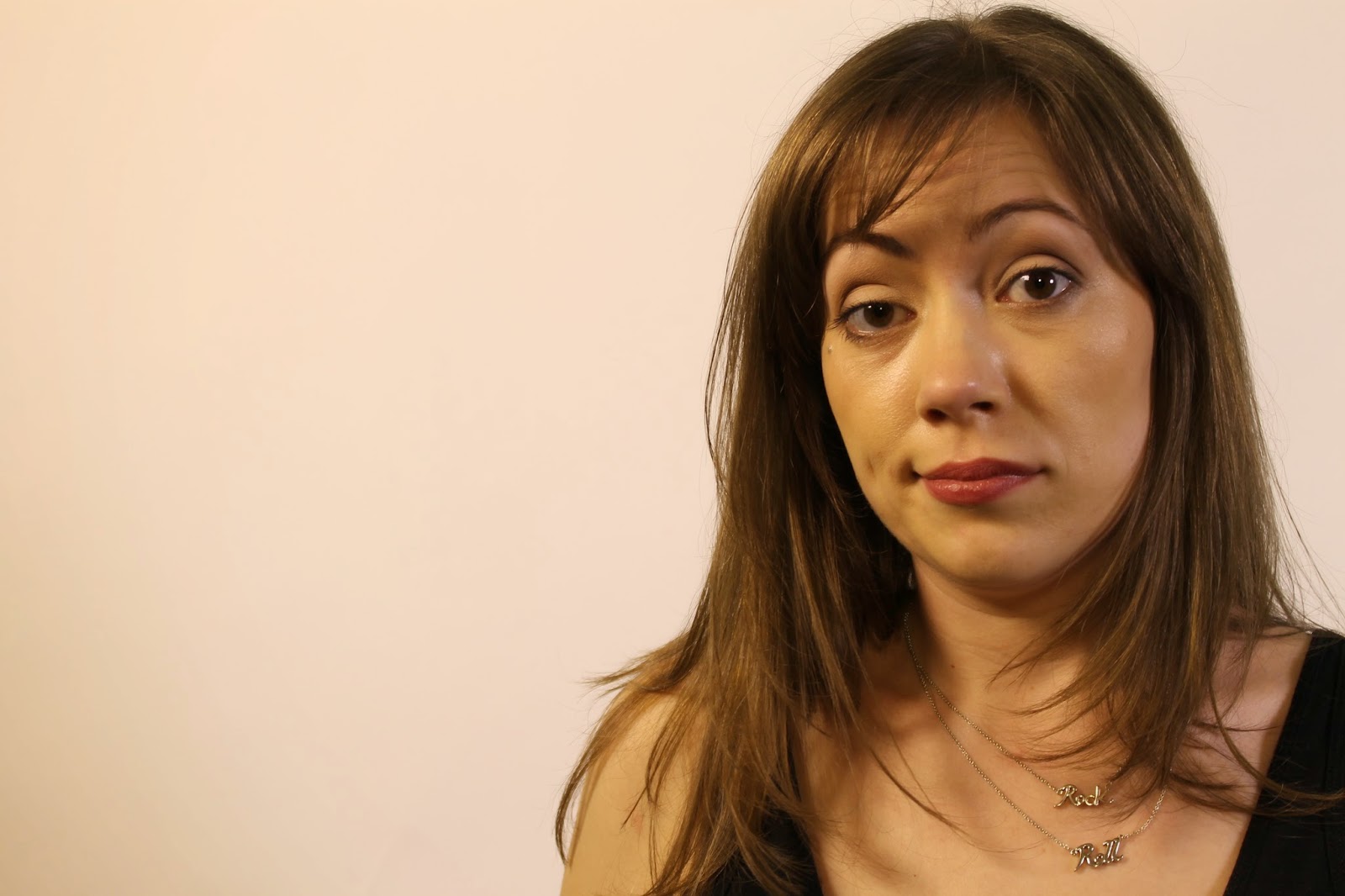 What the hell do I know? I’m very new to the literary world and only mid-way through publicising my first book so it’s a valid question. I’ve been the press officer for a national media company for the last four years, and I’ve sent out my fair share of press releases and also seen quite a few come in from other companies who are trying to get on one of our stations/magazines. I’ve witnessed plenty of PR slip ups from other people and, sadly, my own – so hopefully I can give you the benefit of some of that experience here! Generally speaking, I’d say PR is about people. Journalists and editors aren’t just mindless robots that turn press releases into articles; they’re real people, and usually very sharp. This article is about how to find them and build a relationship that works for you both.  I believe that PR is an art and not a science. You might disagree with things that I say here and that’s cool – it’s not gospel. It’s just like, my opinion, man.  A few notes on etiqu
7 comments
Read more

An Interrogation of – Lynne Garner 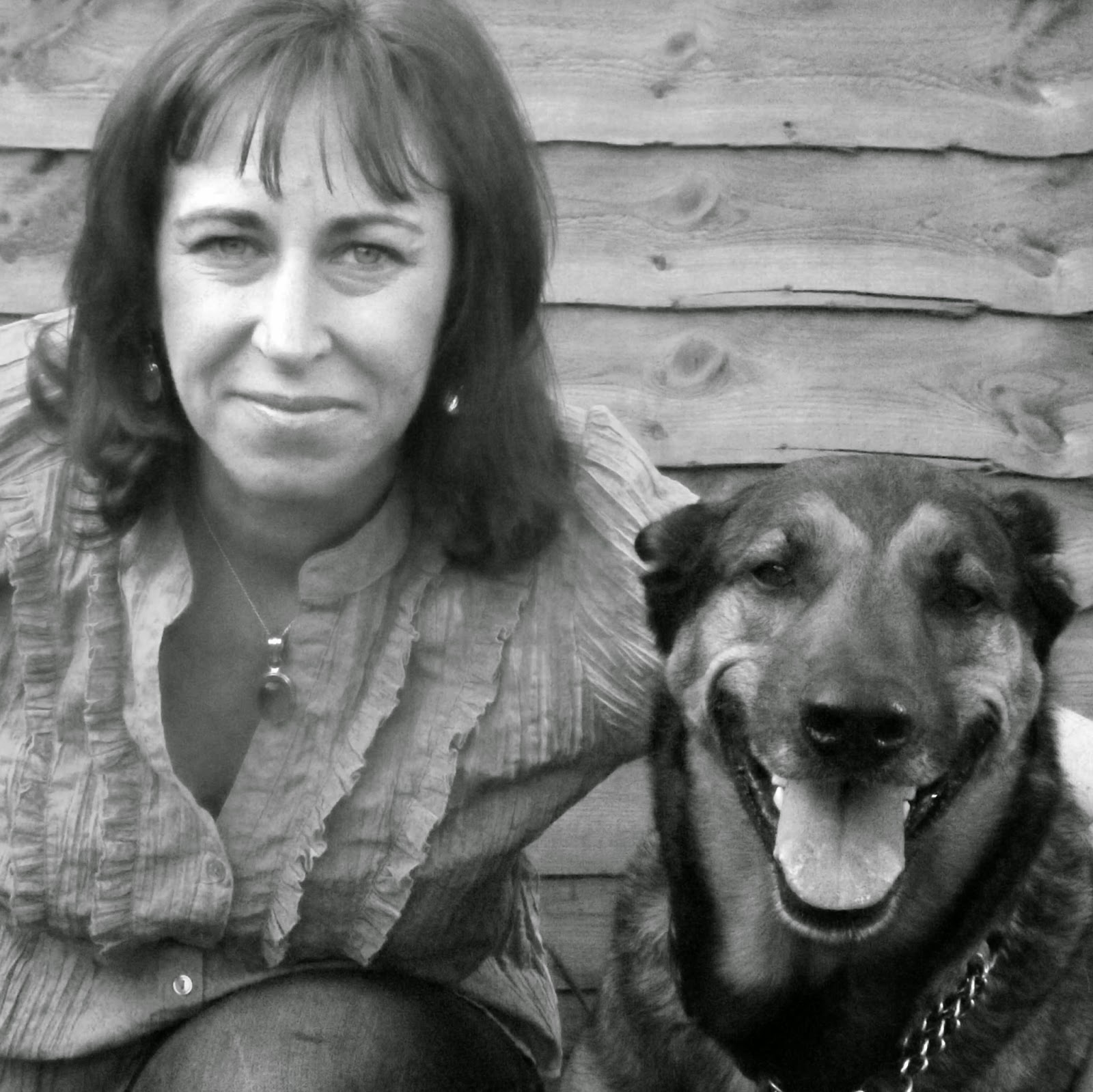 1: What’s the daftest thing you’ve ever done? – Come on, admit it. Lynne Garner and Tasha Travelling to Uist and spending five nights searching for hedgehogs on the cliff tops armed with just a torch and a couple of pillow cases. It was damn good fun though. 2: Is global warming preferable to global cooling? Oh don’t get me started. People who know me know I’m seriously into my wildlife and the environment (studied Environmental Geography at University – education speak for conservation). 3: What do you know about your great-grandparents? Nan worked in the local ammunitions factory during the war and the boss allowed the women to have the large double doors open so they could keep an eye on the kids playing in the street. Granddad served in the navy and when he returned home he would sometimes bring home the ships old ropes and give them to my mum and her sisters. They then had the best skipping rope in the street. 4 If you could live in a book, which book w
1 comment
Read more 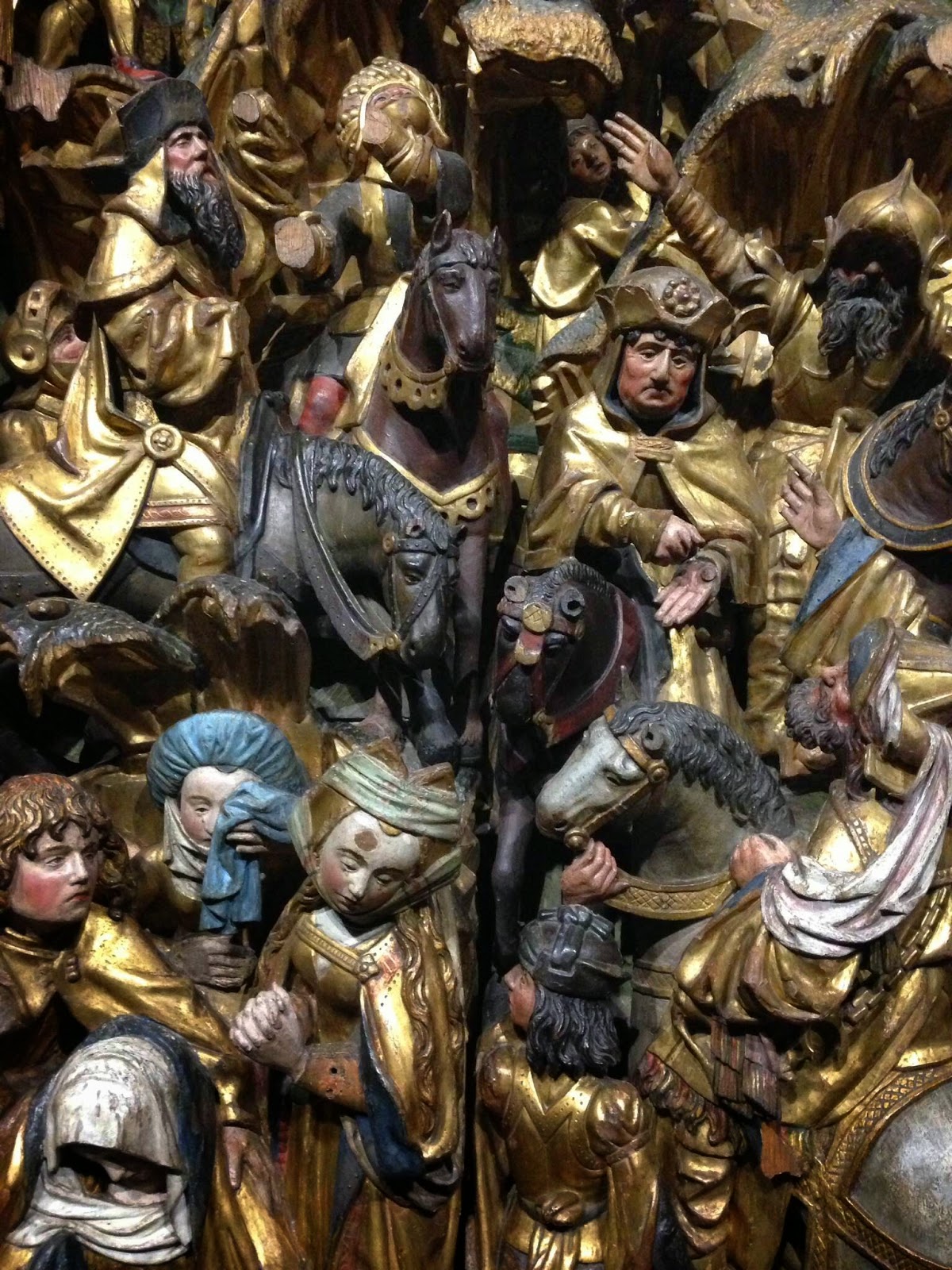 I'm juggling between two books at present. I found Jostein Gaarder's 'SOPHIE'S WORLD' in a charity shop. Originally written (in Norwegian), as a Young Adult book in 1991, and hugely successful in translation, I didn't read it at the time because my kids were grown up. It's a potted history of philosophy framed by an intriguing mystery - fifteen year old Sophie begins receiving  lectures delivered by a dog, from an anonymous philosopher. It's fascinating, and not in the least bit dated (unless you feel that Aristotle's no longer in your area of cool). The second book I rescued in a rainsoaked condition from a neighbour's front garden wall. It's Eimear McBride's 'A Girl is a Half-Formed Thing', and very 'now'. I had to wrap it in kitchen roll and then straighten it beneath a heavy RHS encyclopaedia of plants. It's a debut novel which seems to be doing very well, so that's a treat in store. Mentioning debut nove
8 comments
Read more

Well, that was an interesting month. A wise old agent once said to me, “some projects, Andrew, just seem to travel on oiled wheels”, and that seems a perfect description for the birth of my memoir, “Confessions of a Ghostwriter”, this month. The project began to show promise when the editors at Friday Project suggested almost no changes to the first draft of the manuscript. It picked up speed when their excellent public relations company, The Light Brigade, told me that Robert McCrum at the Observer had read the proofs and wanted to come to see me, followed shortly afterwards with the news that Nick Higham wanted to interview me on BBC News’s “Meet the Author” spot. Within days of publication the Observer article was up on the Guardian website, had been picked up by another Guardian journalist, Hadley Freeman, and was being widely tweeted and commented on. Even before “Meet the Author” had hit the screens favourable reviews had appeared close to home in the Telegraph , the Ti
6 comments
Read more

By @Ruby_Barnes - August 26, 2014
Just before the start of my three weeks of summer leave from the day job, my leviathan employer decided to reorganize. Again. This is the third time in the seven and a half years I've been with them. 100,000 employees in a giant game of musical chairs, some running for the exit and picking up an envelope on the way, others looking to get a softer cushion and a nicer office. I've left my mobile phone switched on so I can see the e-mail indications of frantic energy expended by all involved without having to engage personally. These are decisive reconfigurations that result in us all singing a different theme tune and not daring to utter the unmentionable jargon of the previous regime. It seems like an Orwellian opera on a three year cycle. I quite like it and wonder what project-type job I'll do for the next 24 - 36 months until the next time. Here in my little house, on the sidelines, I can't whisper in the ears of the corporate architects or try to influence the senior
6 comments
Read more

Your Books Are Cooked! - by Susan Price 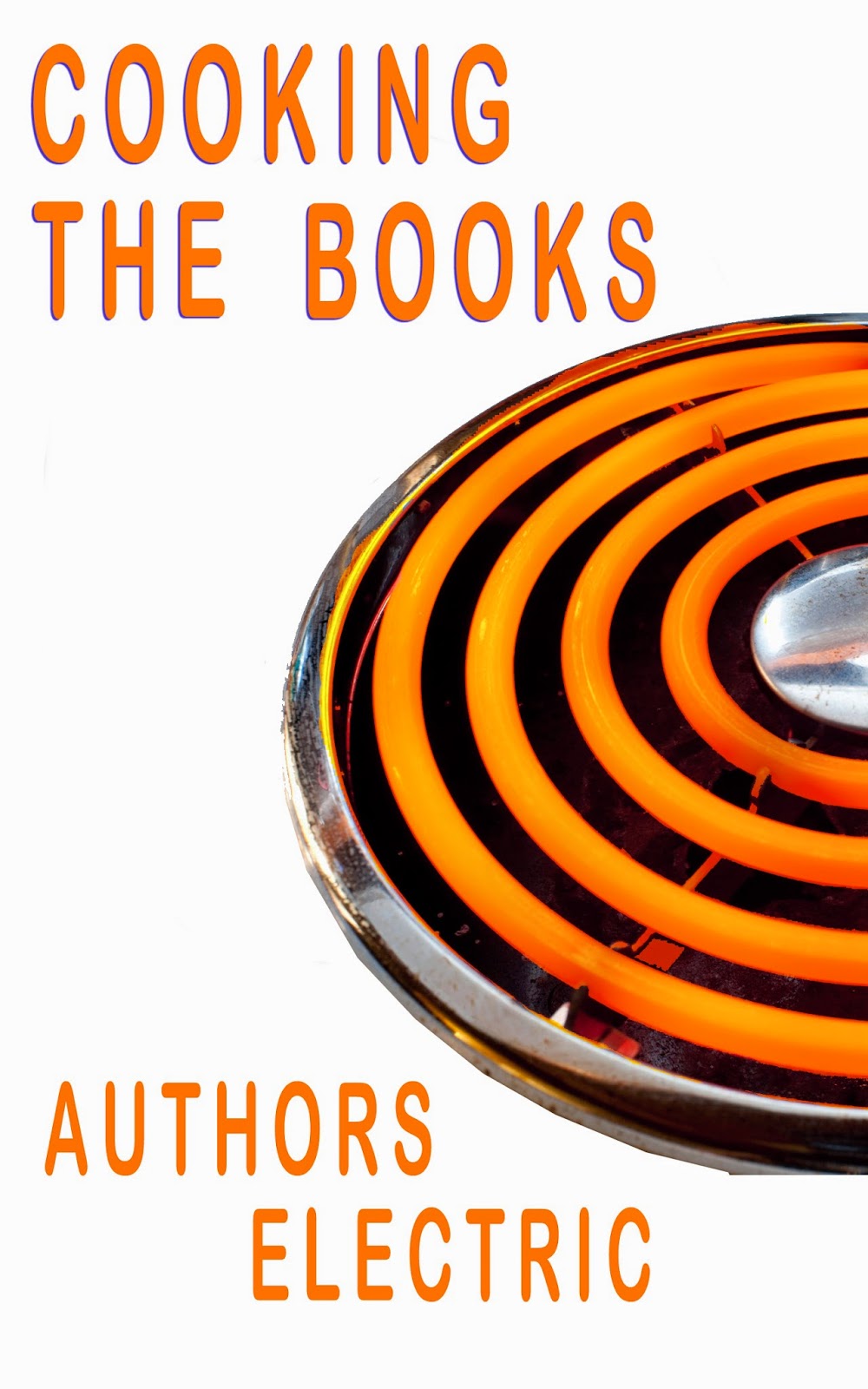 Earlier this year, we, the Authors Electric, produced a Cooking the Books by Authors Electric collection of pieces called 'Cooking the Books.' Tasty treats and unusual eats from Authors Electric blogging collective!...Here’s a chance to cook from our books with e-readable recipes, or just get the not-so-skinny on what keeps authors stoked while they scribble: some of it yummy, some of it funny. An ebook to binge or snack on, where the calories are certified virtual. Dig in!                      As it was my suggestion, I did most of the production work - compiling the pieces sent to me by the others, formatting it, uploading. Though I should mention the help provided by other Electrics, especially Ruby Barnes , when the formatting all went pear-shaped. The title was supplied by Julia Jones , and the blurb above by Valerie Laws .           As editor for an indie ebook, it fell to me to design the cover. I started out with an idea of having a cooking pot f
16 comments
Read more

Summertime, and the writing is ...

By JO - August 24, 2014
Some years ago I did a significant research project into therapeutic work with traumatised children - so not a topic to be taken lightly. Before setting the whole thing up I needed to do a thorough literature review and familiarise myself with research methods. It was work to take seriously. I had a proper study, all the trappings of an academic. I had to give lectures. And then my supervisor asked me how much work I was likely to get done over the summer. 'That depends on the weather,' I said. I knew from the look on his face it was the wrong answer. He'd expected me to utilise all those days with less official work to knuckle down and get the reading done. After all, it wasn't as if I wasn't interested in it. Well, I can't admit to being interested in research methods. I've learned a lot, but goodness, how tedious most of those books are! But the rest of it was fascinating. But it was work. It belonged in the study. And when the sun shone - how
2 comments
Read more

The Big River Has a Little Axe to Grind: Making Sense of the Amazon / Hatchette Dust-Up by Lev Butts 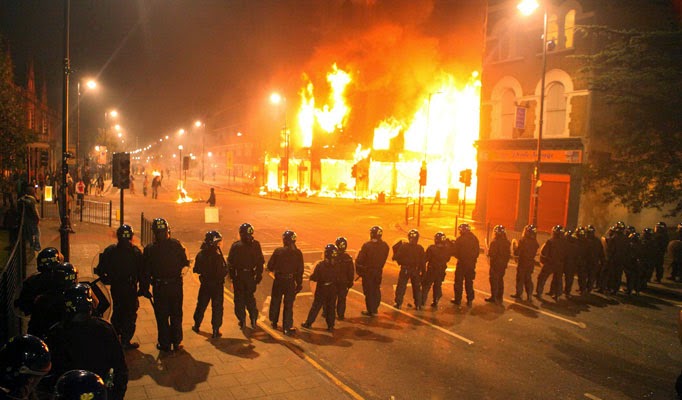 I have always wondered about people who fight viciously over things in which they have absolutely no control or even stake in. I have seen families and towns torn apart by football rivalries (and while sports rivalries in the American South can be pretty intense, they apparently have nothing on the fanaticism of the United Kingdom sports fans: hell, you all even have your own Wikipedia page for your riots ). "What happened, officer? Terrorist attack?" "No, sir. Manchester lost." I have seen grown-ass adults brought to blows at pop culture conventions over everything from the ending of Battlestar Galactica  to whether or not Batman can beat Superman in a fight. As the kid of a cop, I have heard all too often of normally kind, loving people spilling each others' blood over which political party has the most assholes (off-hand, I'd say they're about even). In my naivete, I have always held myself and people of like mind above such frays. None of
6 comments
Read more
More posts