Showing posts from December, 2016
Show All 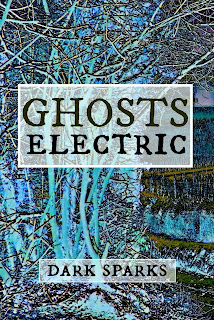 A bit of utterly shameless self-promotion at the turn of the year! If you are looking for something to read, (and maybe feeling a bit broke after Christmas) then why not try one of the three anthologies we published this year - all currently available as eBooks from Amazon at the bargain price of 99p!  If you fancy something a little spooky, then GHOSTS ELECTRIC will help to raise the hairs on the back of your neck ...   ... while ANOTHER FLASH IN THE PEN has a variety of tales to suit a wide variety of tastes ...  ... and SPARKS 3 is our third annual round-up of our favourite blogs ... (They are all also available as paperbacks if you prefer) Enjoy! And Happy New Year to all our readers!
Post a Comment
Read more 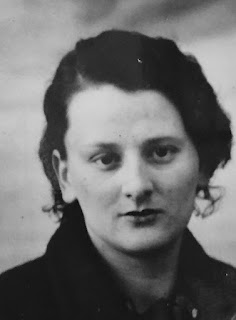 Ethel Louvain Andrews 1914 -2016 So this is the fag end of the year and what a year it has been: so many deaths of notables, so many political catastrophes. I am not optimistic about world peace, the economy or the publishing industry. It is too easy to be depressed. Tomorrow I will travel to my grandmother's funeral. Perhaps it is perverse to draw solace from that, but I do. She died at 102 having endured two world wars, the deaths of two husbands, a brother, a sister and a daughter and still she went down fighting. I'm very sad of course because I loved her dearly, but I am all too aware of my privilege. I knew my great-grandmother, who didn't die until I was sixteen, and I had my grandmother as a wise and witty presence in my life until my own middle age. Perhaps my generation of women in the UK is uniquely privileged in that we have not yet experienced the kind of massive loss of life that dogged my grandmother's generation. We have the privilege of grieving for
5 comments
Read more

Knickers and Tinsel by Enid Richemont 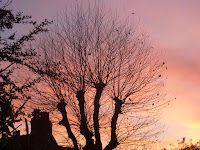 So yet another Autumn dies in blazes of glory, and now, coming up to the Winter Solstice, humanity in my Northern hemisphere, in desperation for light, constructs its own glory, with candles and glitter, tinsel,  sparkles and Christmas trees, fires in the hearth, warmth, presents, mince pies and the Christmas cake replica of that frozen world, that Ice Age we're all trying to magic out. The early Christians were clever to choose this time of year to celebrate Christ's birth which is almost certainly dateless - who was around to record the birth of an unknown peasant's infant in a manger of all places? There were records of births, though - the Romans liked to keep tallies and there were taxes to pay, just like now - money to be made even out of the poor and needy. Linking a new religion with the dark, dying year, and the Roman festival of Saturnalia - over-spending, over-eating, and lots of pretty lights - had to be a win-win situation, and boy, did it win!  The same
5 comments
Read more

Everyone around the boardroom table was entirely in agreement; at no stage and no time was anyone allowed to admit out loud or in writing that our celebrity was not a real person. Never mind that the celebrity in question was made of felt, this was the merchandising business, there had to be rules. The lawyers insisted. My job, as the chosen ghostwriter, was to produce an autobiography which would fill in this celebrity’s back story, his early life before he found fame, and exactly what happened to him in the “wilderness years” before his comeback as a potentially money-making merchandising vehicle. There were many careers resting on the outcome of this exercise, most of them sitting round that table in their shirt-sleeves – brainstorming and sipping mineral water. I had been hired by the distinguished publisher who had agreed to bring the eventual book out under his distinguished
6 comments
Read more

Ghosts of Christmas Past - by Susan Price 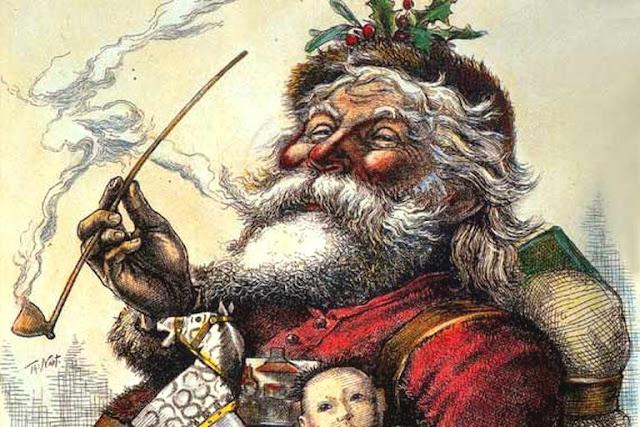 My mother loved Christmas.   You know who he is - illustrated by T Nast ( Public Domain Review)      She was born in 1929, the youngest of six children. Every year, at Christmas, she told us about Christmas when she'd been a child.      The Christmas, for instance when, coming down in the morning, she found a monkey in the kitchen. One of her three older brothers had somehow acquired it at the Christmas Wake (a fair.) Christmas spirit had probably been strong in the brother, if not the monkey. What happened to the monkey? As with many of my mother's stories, I don't know. I can't remember her ever telling me that. Perhaps she didn't know herself. I can't imagine the monkey remaining a member of the household for very long after my grandmother saw it. Every Christmas without fail, we heard about the big white enamelled bucket. It had a lid. It was a lidded big white enamel bucket.      For most of the year the big white enamelled bucket with a lid w
7 comments
Read more 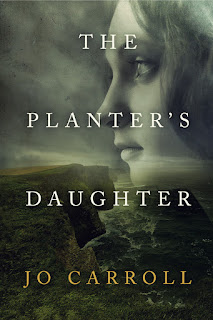 You know how everything happens at once sometimes? Of course you do. It's Christmas Eve, and if you've five minutes to read blogs, I'm impressed. And Life doesn't stop because it's Christmas. People get ill, babies arrive, kids fall off their bikes, grandmas complain about their knees in the cold. The weather can be kind, or angry, or simply perverse. Central heating breaks down. Many are working their socks off so that others can spend the time with their families. Some young people have exams when they go back to school. You get the idea. So it was a pretty silly time for me to launch a novel. But having spent forever researching and writing and editing and generally faffing about every word, it is now Finished! So why not wait until the New Year to launch it? Because I'm off to Malawi for six weeks in January, and who knows what will fill my hours when I get back. So it was publish now and be damned. Of course you don't have time to fill you
3 comments
Read more 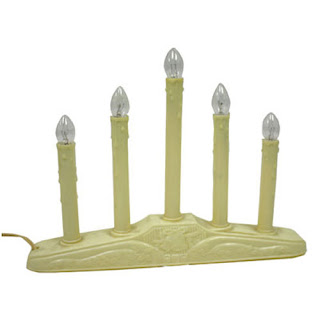 When I was a kid, this was my favorite time of year. Not really Christmas, per se, but the weeks leading up to it. I loved the TV specials, especially A Charlie Brown Christmas , How the Grinch Stole Christmas , and Frosty the Snowman . I also liked the Rankin-Bass stop-motion specials, but they often scared the hell out of me (especially the Abominable Snowman in Rudolph the Red-Nosed Reindeer ). I loved the sappy smell of the Christmas tree, and I especially loved the electric candles my parents put in the windows every year (they provided a better than excellent light by which I could read in bed without anyone paying heed to the brightness in the room). Seriously, these things could light up a bedroom like St. Patrick's Cathedral. My favorite bit, though, was none of these things. It wasn't the opening of presents either: After all, by noon, that joy was spent to be replaced by having to clean up the piles of wrapping paper and then go to some relative's house fo
10 comments
Read more 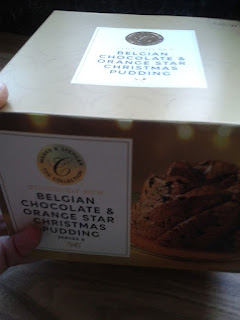 Christmas is all about tradition, isn’t it?  And ever since I had to give in to my in-laws’ edict that presents were opened  after lunch (outrageous!) I’ve clung on for dear life to the remnants of my Yuletide habits.  So on Christmas Eve, while the family settled down to Cool Runnings or Home Alone , I’d be in spendid isolation in the kitchen, soaking up the traditional beauty of Carols from Kings - most likely with my hand up a turkey's backside. Yes, for me Hark the Herald is synonymous with an oniony tear in my eye. Oh well, it's traditional. Long before Christmas Eve, I'd be chuntering on about how the sideboard was constantly littered with bits of tin-foil and cardboard, and how advent calendars were meant to be about the nativity. When we got more space I insisted on only ever having a calendar WITHOUT CHOCOLATE ( not an easy thing to find let me tell you.) Selection boxes on the other hand were fine. We had them every year. They were traditional. One pudd
10 comments
Read more

Ten best things about being an author in 2016 - Katherine Roberts 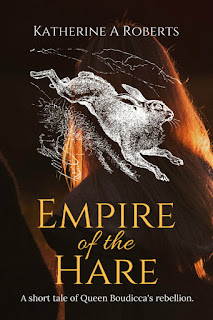 Today is the winter solstice - the shortest day of the year for those of us who live the northern hemisphere - a time for reflection, fire ceremonies involving holly and mistletoe, and other pagan traditions now more commonly associated with Christmas. However you celebrate this time of year, it is also when newspapers start printing their 'best of year' lists. Not to be outdone, here is my author 'best of' 2016 (which might seem small and insignificant compared to everyone else's multi-book advances from major publishers, no. 1 best-selling supermarket titles, and research trips around the world on elephant-back, but then I am only 5' 4"). Empire of the Hare 1. Inspired by Brexit, I have republished my Library of Avalon Geoffrey Ashe Prize shortlisted story about Queen Boudicca's rebellion Empire of the Hare on my signature list for older readers. The publishing process took 12 hours rather than 12 months so if you're curious to know what B
6 comments
Read more

Moving on by Sandra Horn

We are moving towards the year’s turning. Time to look back – and forward. I don’t want to dwell on world events in 2016 or I might sink into irrecoverable gloom, so I’ll keep it personal and writing-focussed.      I’m still surprised to find that Including my first, Tattybogle, I’ve written 14 picture books and 7 storybooks. That’s over 21 years, though, so not exactly a fast production line. It’s been a lot of fun, with occasional bumps along the way.      The first (bump) was the icy reception by the Andersen Press team at the Carnegie/Greenaway awards, when Tattybogle was shortlisted. By the most incredible and unfortunate coincidence, another Sandra Horn had just produced a book. Andersen   had an option on my next book and they thought I had violated it. I had no idea what they were talking about until I went into Waterstones and saw ‘Kofi and the Butterflies’ by Sandra Horn. A lovely story, although not one I would have written.      I became Sandra Ann Horn from then o
7 comments
Read more

I have always seen myself as a dyed-in-the-wool/seat-of-the-pants kind of writer and so, when I begin a new project, I will have an opening and an ending (of a kind that exists way over there in the dim distance), a rough notion of who is making the trip and vague notes on how they are going to get there. However – not unlike travelling the M6 – there are no end of things that can cause detours and delays between start and finish, and I am not averse to bumping off various characters for a bit of added tension! There are writers who plot and plan in minutest detail and produce notes on each section almost as long as the end product; a process that I would call a first draft. I can see the logic behind such meticulous plotting, especially when embarking on a crime novel of the whodunit variety. I reasoned that this genre necessitated my change of tactics – i.e. a fully formed synopsis – because the signposts and clues need to be seeded with more precision. With that in mind I pla
6 comments
Read more
More posts