Showing posts from March, 2012
Show All 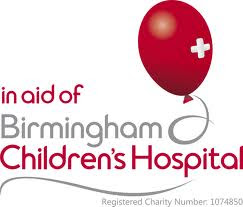 Just a quick reminder of Jason Hunt's appeal for Birmingham Children's Hospital's new cardio-unit.           Jason is holding auctions and events throughout this year to raise money for the hospital, and we at Authors Electric have given books to be raffled.           Jason's 'Just Give' page is here: - http://www.justgiving.com/BCH2012    So far Jason has raised £257 - a bit short of a cardio-unit.           Donating through JustGiving is totally secure. Your details are safe - JustGiving will never sell them on or send you unwanted emails. Once you donate, they’ll send your money directly to the charity and make sure Gift Aid is reclaimed on every eligible donation by a UK taxpayer. So it’s the most efficient way to donate.           Birmingham Childrens’ Hospital see over 225 thousand sick children, from all over the UK, every year, and 10,000 children a year in their cardiac unit alone.  One in every hundred children is born with a co
Post a Comment
Read more 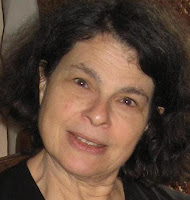 I've been instructed not to include any X-rated content in this post, and since I love to swear, especially when talking about writing, I'm going to make a deal with you. Every time you see the word 'the', preface it with your favourite four-letter word and we're good to go. The publishing world—now, don't forget those four-letter words—has not welcomed me with open arms, 1 but neither has the reading public. I can't boast hundreds of ebook sales and certainly not 1.5m like Amanda Hocking or similar feats by other members of the Kindle Million Club. My last royalty payment from Amazon KDP yielded the august sum of US$24.96. Combined with an outstanding check for a short story, soon to appear in an American literary journal, my current earnings from writing, excluding the translation work I do, just about cover this year's hosting for my website. In my self-delusional mode, I like to claim it's because my fiction is available for free in
5 comments
Read more

RULES - should they ever be broken? by Hywela Lyn 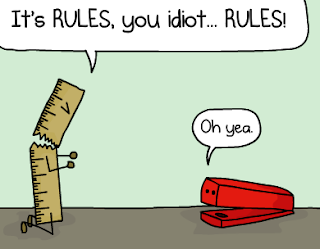 Once upon a time I naively believed that one just wrote a book, revised it to within an inch of its life until it was as good as one could get it, and submitted it to an agent or publisher.   So I did exactly that, and eventually, after several tries,  received the email that made my entire year - an acceptance with the coveted Publishing Contract.  Then I waited for my edits, joined groups and loops talked with other writers on the internet, and came to realise that there were a great many rules which were supposed to be followed by a writer which I didn't even know existed.  By luck rather than judgement or even talent, I seemed to have instinctively complied with a lot of them but as I went through the suggestions I received from my editor I learnt all about the importance of 'deep point of view',  'showing not telling'  avoidance of 'head hopping' and adverbs, and the 'pluperfect tense', This last one was brought to my attention lately, w
13 comments
Read more 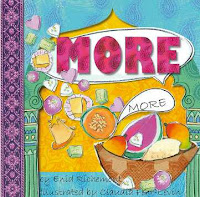 This week, I had a second picture book app - MORE - published by utales. It's a re-telling of the traditional story about a magic bowl which must be properly used, and the misfortunes of the greedy person who steals it. I've set my story in India, with a hungry small boy, a beggar woman who turns into a goddess, and a fat and greedy maharajah (it occurs to me that one could do a similar re-telling using a contemporary setting and a greedy banker). Setting it in India is the excuse for using all those wonderful Indian colours and patterns, and my illustrator, Claudia Fehr-Levin, has really gone to town on these. If you'd like to take a look at a sample, you can find it here.  Speaking of colour and all its delights, we went to the David Hockney exhibition yesterday, and I was gobsmacked - no, eye -smacked. The opening paintings didn't impress me so much (I've always preferred his drawings) but when we went further into the show and found ourselves drowning in
4 comments
Read more

Are we on our way to Utopia, or plunging back into the Dark Ages - Andrew Crofts 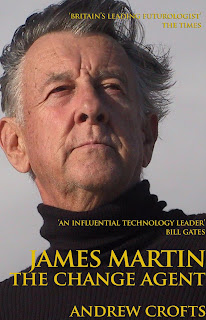 My recent book, “James Martin: The Change Agent”, is now available on Kindle as an e-book – a highly suitable format for a text which provides a dramatic view of what the future holds for all of us.           The story started when I received an urgent invitation to a mysterious private island in Bermuda from an old friend who had recently donated more than £100-million to Oxford University .           The island gradually revealed its labyrinthine secrets as the host, futurist James Martin, explained the choice that faces us all: to create the greatest Utopia ever, or plunge ourselves back into the Dark Ages, maybe even destroying Homo sapiens completely.           At the same time he explained how a shy boy from a poor family in Ashby-de-la-Zouche had come to be Oxford University ’s biggest ever donor, (bigger even than Sir Thomas Bodley), and the founder of the extraordinary Oxford Martin 21 st Century School . He is basically investing in ideas.
9 comments
Read more

Poised to e-Publish - so what's stopping me? By Rosalie Warren 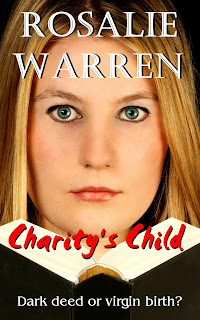 Cover Design by Rob Tysall   Fear. Fear. A fanatical devotion to the.... no, fear again. I'm not a complete e-publishing newbie. Last November, the Coventry Writers' group, to which I belong, ventured into e-publishing with our Coventry Tales . It was a rewarding and educational experience and the sales, while not amazing, have not been bad. Nor am I a stranger to conventional publishing (or whatever it's OK to call it now... I can never remember). I've had two books for adults and one for YA published that way and I have another series commissioned, this time for younger readers. So I'm not a complete beginner, though I'm relatively inexperienced in comparison with many of  my esteemed co-contributors on this blog (I'm learning lots from them). And I now have a book ready for e-release. Well, almost ready. It's been revised to within a jot and tittle of its life. It's been edited and proofed. I've hired a professional designer and pho
16 comments
Read more 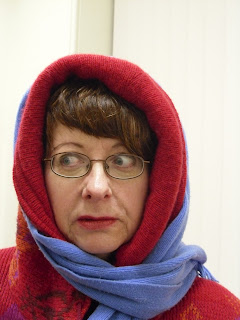 Susan Price           Once, in Switzerland, we went to a farmers’ market where Davy bought a lump of local cheese.  It was wrapped in a bag, inside another bag, inside a plastic bag, and locked into the car-boot.  Returning later, we were almost felled, at several metres, by the smell of the cheese, penetrating not only its wrappings, but the car’s steel.           Now that was a cheese you could call a cheese .  It reminded me of Pratchett’s Horace , the ferocious, kilt-wearing Lancre Blue which fights alongside the Feegles.           A cheese like that has a small, specialist market.  A market that became even smaller when we opened the boot, and released the full, pent-up bouquet. stripping paint from a nearby wall.           Still, the cheese had its fans.  Business was brisk.  There was no supermarket executive, saying, “We’ll cease production because it’s too – individual. It’s not economically viable for us.”           Lovers of the ferocious cheese were kept suppl
9 comments
Read more 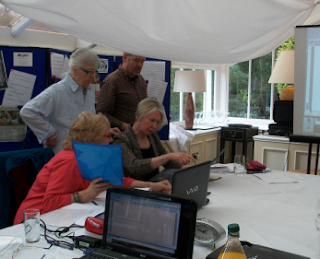 Several years ago now, myself and two colleagues: Wendy Robertson professional author of something like 26 or 27 published novels (it’s hard to keep track!) the latest being An English Woman In France and GillianWales co-author of three well received (and now quite valuable) books on mining art, the latest being The Quintessential Cornish ,  founded the RoomToWrite organisation. Our aim was to work with serious writers towards publication.           Our writers have had agents, they’ve had submissions come close to being accepted, they've had success in competitions, and I am quite sure, had the world of publishing been the place it was even five or six years ago, would have made it into the mainstream. I sympathise enormously. I consider myself fortunate to have made it into print before the tide turned. They are serious writers, serious about their craft and not just about the writing but about the editing of their work to the highest, professional level.           W
8 comments
Read more

By Debbie Bennett - March 23, 2012
This post has been published in S parks, A Year In E-Publishing - An Authors Electric Anthology 2011-2012 . It has therefore been temporarily reverted to draft status to comply with amazon KDP Select's requirements.
Post a Comment
Read more

I’m so impressed by libraries and the people who run them. They’re adapting, changing, continually detecting trends and meeting new needs. When children needed homework clubs, they set them up. When they wanted to hire DVDs or access the internet, they set that up as well. It’s the same, too, now that people want to borrow e-books to read on their kindles and other devices [click HERE to read a Guardian article about downloading digitally from your local library, and HERE for a list of some of the libraries who have made this service available - bearing in mind that this list is not up-to-date, but it's the best I could find]. Doris Lessing once remarked on the democracy of libraries, where nobody could tell you what to read. President Obama talks about them changing children’s lives. The American Pulitzer prize-winning author, Studs Terkel wrote that ‘All you need is truth and beau ty, and you can find both in the local library.’ How many rallies march to slogans like that? The
4 comments
Read more

The long, dark Word document of the soul - Simon Cheshire

Don't you flash your close-ups at me, matey       I wasn't sure what to blog about this month.       After a quick and slightly upsetting look at my sales, I thought I might talk about the unpredictable nature of bookselling. After all, hits always, always come out of the blue. Aside from exhaustive efforts to boost word-of-mouth, and/or saturation media coverage, there's nothing anyone can do, for certain, to sell a title. If there was, the nation's publishers would never have printed an unsuccessful word... [insert raised eyebrow here]...       No, that's a total downer.       I thought maybe I should talk about the way the new Kindle, the little 'un, seems to be taking the mickey with its screensavers. All those close-ups of pens and typewriter keys and printing blocks. It's as if the cheeky whatsit is sitting there saying "ha ha, look at all this old tech, you don't need them any more, they're just good for arty screensavers now, te
6 comments
Read more

I thought I’d open my account here at Author’s Electric by saying thank you - it’s great to be invited to join the roster – and by giving you a little background on how I came to be dreaming of electric books...  I left home after college with a rucksack, an old SLR camera and a notebook, along with a vague plan to write a book about hitch-hiking around the world. I spent three years on the road but somehow (it’s a long story) got waylaid into a professional sailing career, and all those carefully kept notes and travel diaries quickly fell into the awkward limbo of not being recent enough to be contemporary, while being too recent to be social history. So I started to think about a novel instead... and I had an idea. Action thriller  The Defector grew out of that idea - a game of the Prisoner's Dilemma played for life and death. In 1996 it was finished and first published in the UK by Random House. In the meantime, I'd published the first three of five technical sailing boo
9 comments
Read more
More posts