Showing posts from November, 2022
Show All

Too much backstory makes for heavy going in the BBC’s SAS Rogue Heroes, finds Griselda Heppel 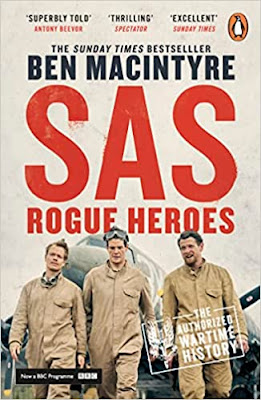 Funny old thing, fiction. You’d think a story set in wartime featuring a bunch of young, fearless, spirited soldiers getting together to risk their lives blowing the blazes out of the enemy could not fail to grip right from the start. Especially when turned into a TV series set in embattled Cairo in 1940, bristling with intrigue, with a huge cast of extras and plenty of brawls and scenes of soldiers haring through the desert in jeeps and parachuting out of planes into sandstorms.   So why am I finding SAS Rogue Heroes (BBC iPlayer) such heavy going?  I should clarify: the story itself isn’t fiction. All the main characters, bar one (who I’ll come to in a moment) are real: brave mavericks, intolerant of authority and frustrated by the Allies’ failure to stem the German advance through North Africa, who came together to form their own unit operating behind enemy lines. Venturing deep into the desert, they attacked enemy aircraft bases, blowing up huge numbers of planes on the gr
5 comments
Read more

Why do we do it? N M Browne 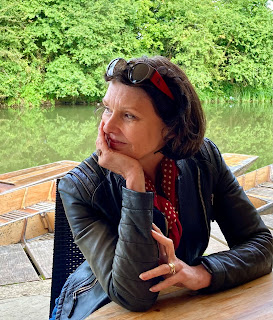 Sometimes the sheer number of books is overwhelming.   There’s all the famous old stuff, the canon of English Literature and stuff that if it isn’t qite canon so many people have read, then all the new stuff, the prize winning stuff and the stuff written by my friends which is sometimes the same stuff. There’s all the stuff I just love to read because it takes me somewhere else and all the stuff you can buy for a song at a charity shop, the free books on kindle and the not-very-expensive-under- the-price -of -a -glass -of -wine books that you can have right now on your phone. There is such a morass of material, the question has to be asked: why write another one? I mean perhaps some people think they might write another book that is unlike any that has ever been written before, that says something that has never been said in words never before used to quite that effect. Maybe some people trust that their book will join the new canon of great works of the twenty first century. Maybe t
Post a Comment
Read more

So, confession time; I'm rather fond of Twitter. On the whole I only follow people I like or am interested in, so I have seldom been troubled by trolls or hate speech, and whenever it has managed to infiltrate, I can mentally filter it out, in the same way I do with the horrors that pop up on the television news or the front pages of newspapers, concentrating my thoughts on things that I can do something about myself – of which there are shockingly few. I enjoy the distraction of the gossip on the Twittersphere, and the feel-good videos that go viral, and I learn more about what is happening in the publishing and writing worlds than from any other source. The last few books that I have read have come to my attention from tweeted recommendations. I can see that social media has handed a megaphone to people with some pretty nasty opinions, but these people have always been there, sounding off in the pub, or berating their partners and families with their unsavory  views behin
4 comments
Read more 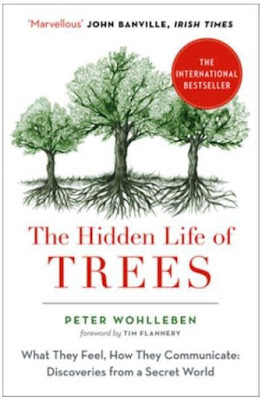 The Hidden Life of Trees I think this book has blown my mind. I'll give you a quote. Wohlleben is discussing coppiced trees: that is, trees that have been felled, or partially felled, so new trunks sprout from the root. It was commonly done in the past to trees such as hazel and yew, to 'farm' trees by producing a continuous growth of new wood. But how to measure the age of these coppiced trees? Are they as old as the new growth? In which case, they're just a few years old, since coppicing is done roughly every eight to ten years. Or, are these coppiced trees as old as the roots they re-grow from? In which case, they may be hundreds of years old. Peter Wohlleben tells us that scientists investigated this question by: '...researching ancient spruce in Dalarna province in Sweden. The oldest spruce in Dalarna has grown a carpet of flat shrubby growth around its single small trunk. All this growth belongs to one tree, and its roots were tested using carbon 14 dating..
5 comments
Read more 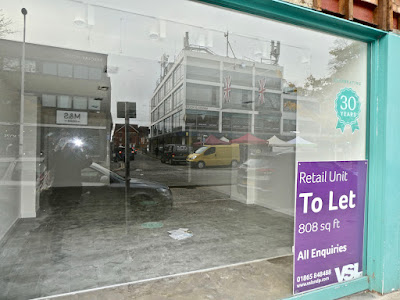 Empty window reflects the age of change.. People fleeing Twitter in response to Elon Musk’s purchase, and in the same week, though not for the same apparent reason, a number of fellow writers warning their readers that they are quitting blogging.    Change. Not for the same reasons, though possibly change in one area of social media may influence some to think of changes they might make in another where they advertise their books? Mostly, it seems, either in order to develop some other aspect their writing, or because they feel their blog is making less impact on sales.   Meeting each other and joining this conversation in the group’s News Feed, these writers were agreed that ‘it’s time to move on’ from blogging, because, as everyone knows, nobody bothers to read blogs any more.   Whether that is true of ‘everyone’, I’m not totally convinced: but of course a blog post takes time to write, and if the readership is unknown, or if followers are few in number, then, maybe it is time. F
2 comments
Read more 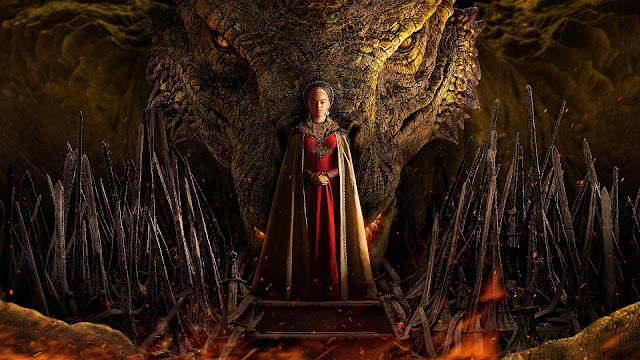 Game of Thrones fans will no doubt be keen to watch the new prequel  House of the Dragon  based on George RR Martin's  Fire and Blood  series, which tells the story of House Targaryen... Season 1 on DVD is definitely top of my Christmas list this year! Like many fantasy authors, George RR Martin has also explored other aspects of the genre. I recently discovered in a charity shop his science fiction collection Tuf Voyaging, which combines several linked novellas (previously published in SF magazines) into an entertaining yet deeply unsettling novel of bio-engineering and planetary disaster. Working on the principle that such books appear when it is the right time for me to read them, I couldn't help but read Tuf Voyaging against the backdrop of the past two years, and the comparison caused me to wake in a cold sweat on more than one occasion. In the first story, our hero - Haviland Tuf of the title - is an independent space trader hired to ferry a motley collection of
Post a Comment
Read more

The Season of Mists by Sandra Horn

By Sandra Horn - November 20, 2022
Ullswater, Wikipedia I have written before about our yearly commemoration of a beloved friend whose gift of a little stuffed toy was the inspiration for Goose Anna, and whose legacy prompted me to take early retirement, set up the Clucket Press with Niall, and publish The Mud Maid for The Lost Gardens of Heligan. It’s just been that time of year again. How the years go by – it’s 20 since we all met at her funeral. She is in the churchyard at Dacre, beneath a Norwegian Maple and overlooking the fells with their stands of golden Larch. We visit her grave in the dark autumn evening, drink Bolly (courtesy of her lovely generous brother), pour a libation over her headstone and set off a rocket – in fact, two rockets now as another beloved friend left us 8 years ago. We stay in a cosy, well-appointed converted barn with the gang involved in the commemoration, a home-from-home for us for all the years. This year was possibly the rainiest yet – even for Cumbria. It also felt like an ending
2 comments
Read more
More posts