The 'What If' Game - Lynne Garner 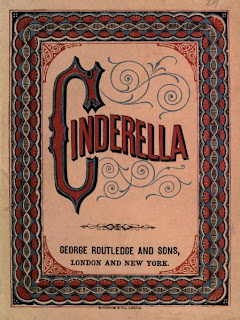 I've been lucky, I seldom suffer from the dreaded 'writers block.' But when I do there are techniques I employ to help get the ideas flowing again. One technique I use is the 'what if ...' game. Basically I choose a story, often a classic fairy tale and ask 'what if ...'

To demonstrate what I mean here a three examples:

Cinderella:
At the end of this story the prince finds Cinderella, she slips on the glass shoe, it fits, they marry and live happy ever after. But what if Cinderella sprains her ankle as she runs away from the palace? Her ankle swells, so when the prince asks her to try on the shoe it doesn't fit. What if it fits one of the sisters? This sister knows where Cinderella has hidden the other shoe and uses it to prove she is the one he is looking for. Who does he marry?

Snow White:
At the end of this story the prince kisses Snow White, she wakes up, they marry and live happy every after. But what if once she is married she misses the dwarfs so much she invites them to stay in the palace? What mischief would they get up to? How does the prince react? How does everyone else in the castle react?

The Frog Prince:
At the end of the story the princess kisses the frog and he turns back into a handsome prince. As in the previous tales they marry and live happy ever after. But what if the prince keeps some of the frog's traits. Perhaps he 'ribbits' in his sleep, he has the uncontrollable urge to jump into every pond he sees and prefers a juicy fly for breakfast.

I hope you can see how useful this game can be to your writing and if you have time why not give it a go and share some of the results here.

Lydia Bennet said…
Have you seen these pictures, an art project 'Fallen Disney Princesses' showing them after the happy ever after? http://www.ivillage.com/fallen-disney-princess/6-a-543748 A fertile field, myth legend and story! a great many poems have been written using this kind of 'alternative ending' or viewpoint, it's great fun. Your courses sound interesting Lynne, a friend is toying with writing picture books, I'll pass that info on.
8 August 2013 at 10:37

Lynne Garner said…
Lydia - thanks for the link. Love the pictures and next time I use this in class I'll give the link to my students. Thanks for passing on the info about my courses, much appreciated.
8 August 2013 at 17:42