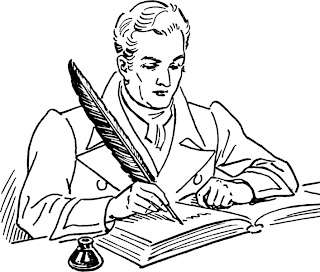 If bicycle salesmen peddle their wares, does that mean that authors write theirs off?

Okay, I haven't actually lost control of my temper, but I am very, very cross at what appears to be loss of control over one of my books - well, two to be more precise, although they're one now ... Let me explain. Many years ago, I wrote a short, practical horsy book which my publisher produced at a sensible price and size, an ideal present as either a Christmas stocking filler or all-year-round gift for all ages and we were all happy.
My publisher's company then passed into other hands: and ten years later I wrote a sequel to the original book which was published in a similar format and at the same price. Again, we were all happy. The two books have both been (and currently still are) steady sellers in the UK, and have been continuously in print for around 25 and 15 years respectively - not bad.
The company once more passed into new hands, and the US rights were sold: I could hear my new publisher rubbing his hands in glee when he told me about it - although if I hadn't rung him about a new book proposal, I'm not sure whether I would have heard about it.
I spoke to him again the other day. He was unaware that the US version - which took both books and amalgamated them into one - was now out. I hadn't received a courtesy copy, and neither had he. I viewed the first few pages on the internet and was appalled to see they had changed and removed some of the text deemed to be 'too British' and therefore 'unsuitable' for the US market.
Now, I have no problems with words being 'Americanized' such as changing plaits to braids. But I AM outraged by the fact that I wasn't consulted about any of these changes: from the scanty few pages I was able to view online, they appear to have made a hash of it, changing the sense of one particular tip completely. It makes me look like an idiot who doesn't know what I am talking about, rather than a person who has been working and teaching with horses professionally for over 30 years. After some nagging, I'm currently waiting for the long-awaited (since February) courtesy copy to arrive, so I can go through the whole thing, after which I shall certainly be taking up with them the unauthorized changes made.
And to add insult to injury, they have also published it as an ebook. The conversion is dreadful, including the typos and bouncing text - they appear to have just scanned the pages in without even bothering to check if they're working in digital format - making me look twice over an idiot. If I had bought either the paper or the digital book, after reading them I'm not sure I would bother looking at anything else that I'd written.
Once in a publisher's hands, we usually retain some control over what we've written. We can argue points with editors, insist on better jacket covers, and we certainly get to see page proofs, so we can correct typos and other mistakes. But when it comes to your paper book being digitised, it seems we have no chance to check the conversion.
What comeback do I have? At the moment, no idea, although I shall refer the matter to SoA to see what, if anything, can be done. The only good thing about this which I can see, is that should the UK publisher decide to also take the ebook route, then according to my contract (drawn up in the mists of time when parchment and quills were cutting edge technology) as regards royalties it states 'all other rights, including ... electrical ... reproduction ... : 50% of the net receipts'. Which presumably could be construed as 50% of digital sales, rather than the pittance which publishers usually try to fob us off with. At the very least I'll get a chance to update and renegotiate the contract for digital rights.
Nevertheless, I 'd rather make less and have a decent book out there.
So look to your paper book contracts: and if you haven't yet scrawled your monicker on the dotted line, then either refuse to sign away digital rights - or at least insist on a clause which allows you to retain some kind of control over how your labour of love appears on an e-reader.
bad ebook conversions page proofs publishers royalties Society of Authors

Susan Price said…
You are right to be outraged! Could any other business take your property and misuse it so? A good thing to have the Society of Authors on side too.
10 November 2011 at 10:41

Anonymous said…
I agree with Susan. Such outrages occur throughout the arts, in the music and film industries especially. With self- and e-publishing being so easily available now, publishers had better watch out if they think they can be so dismissive of their sources of income!
10 November 2011 at 14:41

Anonymous said…
I really sympathise, Karen. I'm sure the SOA will be able to give you some advice on how to tackle this. Good luck!
10 November 2011 at 16:11