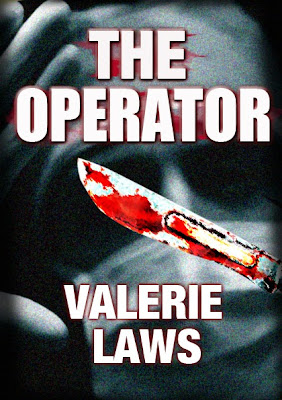 Woohoo, here it is, the cover for my forthcoming crime novel THE OPERATOR, an Erica Bruce and Will Bennett thriller with a medical setting, sequel to THE ROTTING SPOT. I’ve been working with my publisher Red Squirrel Press’ cover designer Andrew (thirdfloorcreative.co.uk) and this is what we’ve come up with. I’m thrilled with it, and what’s more, I’ve just received a cover quote from the brilliant Ann Cleeves of 'Vera' and 'Shetland' fame: 'gripping from the very first scene'.
Andrew is adding that to the bottom of the front cover even as I type.

THE OPERATOR will be launching later this month as an indie ebook, and then will be published in paperback by Red Squirrel Crime next February, the other way round from THE ROTTING SPOT.
Having the ebook come out first is becoming more common, even the big publishers are doing it. THE KILLER NEXT DOOR, sequel to Alex Marwood's best-selling thriller THE WICKED GIRLS is coming out as an ebook in December, before the hard copy/dead tree version next summer, and Chris Ewan's SAFE HOUSE successfully used the same technique. Increasingly, the two versions are seen as complementary rather than competing, or the ebook following on to hoover up any remaining sales when the hard copy version has scooped most of them. This suggests ebooks are becoming more prestigious, which can only be a good thing for indie authors.

My new cover is dark, the blue reminiscent of x-rays and medical scrubs, the blurred background image is of a surgeon or someone dressed as one. A bloody scalpel slices through the middle of the cover. This reflects the titular killer, though surgeons are victims in this book - the shadowy surgeon could be a sinister assailant, or a victim fending of attack. I like this ambiguity. The white lettering shows up well against this background. I've gone for bigger fonts this time.  Looking at successful crime novels online,  I’ve noticed that the lettering is getting bigger and bigger, so that author and title take up almost the whole cover, over a blurry impressionistic background image. Very clear blocky fonts and lettering are the norm. This must be the influence of Amazon - even a paperback or hardback book is often first seen in thumbnail size online, so when designing a cover, it’s important to look at both large, for the ‘look inside’ cover pic on Amazon or the actual cover in the shop or library, and small, to make sure the title is clearly visible on the thumbnail. There seems to be a line in an author’s trajectory when their name becomes larger than the title, and given more prominence on the cover! As this is only my second crime novel, though my twelfth book, I’m still in the title bigger than name category!
﻿﻿﻿
I’m lucky to have such a lot of input into this process, many writers have no say in their covers at all. One of the good things about being indie is choosing our cover images, fonts, etc, though an accusation levelled at indie ebooks is that writers often create awful cheap kitschy covers with photoshop and a misplaced faith in their own artistic vision. But commercial publishers too can get it hilariously wrong. Sometimes the designer has clearly not even opened the book or looked at the synopsis and no-one has cared enough to check before printing. Look at CRANFORD! is that sweet sad Miss Matty in headphones? 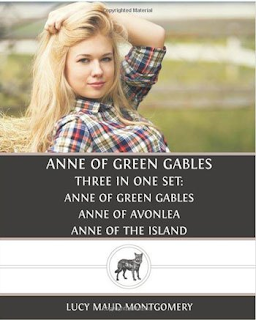 Sometimes it’s wrong on many levels but possibly deliberate, with a view to raking in extra dosh. Here's ANNE OF GREEN GABLES, with the 11-year-old redhead (and her hair colour is vital to the whole plot!) misfit suddenly a blonde, sexy model ready for a roll in the hay. There's a new edition of Sylvia Plath's THE BELL JAR which looks like chick lit. Both these abominations have caused much discussion on facebook and the blogosphere. More bad covers and good fun here.


So I’ve been working hard on editing the book and will soon be formatting it for Kindle. But as we know, with ebooks the end result is not the end. Authors can make changes at any time, and buyers can be sent the updated versions automatically. This is a huge advantage for writers who wish they'd done something differently, or realise a lot of readers are not ‘getting’ something vital which can then be clarified. Different 'editions' were few and far-between previously. Ebooks are more like music tracks nowadays, with ever-spiralling numbers of different versions all done post-production. I'm hoping to get some advance readers and reviewers on the case, not only for marketing the book, but for responses. The book I upload to Kindle in the next few weeks could change between now and when the paperback is printed.

My Amazon author page US

THE ROTTING SPOT KINDLE US

Chris Longmuir said…
Great post and I like the cover. I went to a talk once where a book shop manager talked about titles, and he said when author's were starting out, their name on the cover was always smaller than the title, however as they became more popular, the name grew bigger, and the best selling author's names were always bigger than the title. Interesting!

I read The Rotting Spot and liked it, and I'm almost sure I've included it in the books I mention for my crime writing slot for the Edinburgh eBook Festival (lost my list of books read!) so, if you want an advance reader for the new one I don't mind doing it. Authors Electric were good to me by providing readers/reviewers for my newest book so I'd like to return the favour.

julia jones said…
Note to self MUST READ THE ROTTING SPOT. Why haven't I? Daft

Dennis Hamley said…
Julia, that's a note for me too. So, Val, you know Ann Cleeves. I've heard her speak in Oxford twice and find her books absolutely absorbing. To get her imprimatur really is something. I couldn't agree more about covers - and yes,the ability to revisit books is priceless. I'm just writing a whole extra part to Out of the Mouths of Babes which I'm now ebooking because I realise how much I baulked at the possible consequences of the ending that I originally set up. So part 6 is three chapters which tip the original book a different way and make an obsolete story set in 1997 so different that I see it not as just a reissue but a new book.
1 August 2013 at 12:28

Lydia Bennet said…
gosh what lovely comments guys, yes do read THe Rotting Spot if you like a bit of crime with added skull hunting! I'm going to put it free for a couple of days when The Operator comes out as ebook on 24th august, tho it's only 99p anyway. I've had books on select for ages and not done anything to make use of it! Chris, thank you so much for that wonderful offer. Will contact you tomoz. Just in and a bit knackered (not v well).
1 August 2013 at 22:54