It's not real, but it's definitely true - Mari Biella

By Mari Biella - September 02, 2014
Last month, Authors Electric’s Bill Kirton wrote this very interesting post. He was talking specifically about the fantasy genre, but he made a point that I think is relevant to all fiction:

"We carry all these race memories, dreams, imaginings; we can release people and things from their restricted functions. Maybe fantasy is simply a means of relaxing our grip on experience, a way to deny chronology and inevitability. Maybe it’s just a less uptight reality." 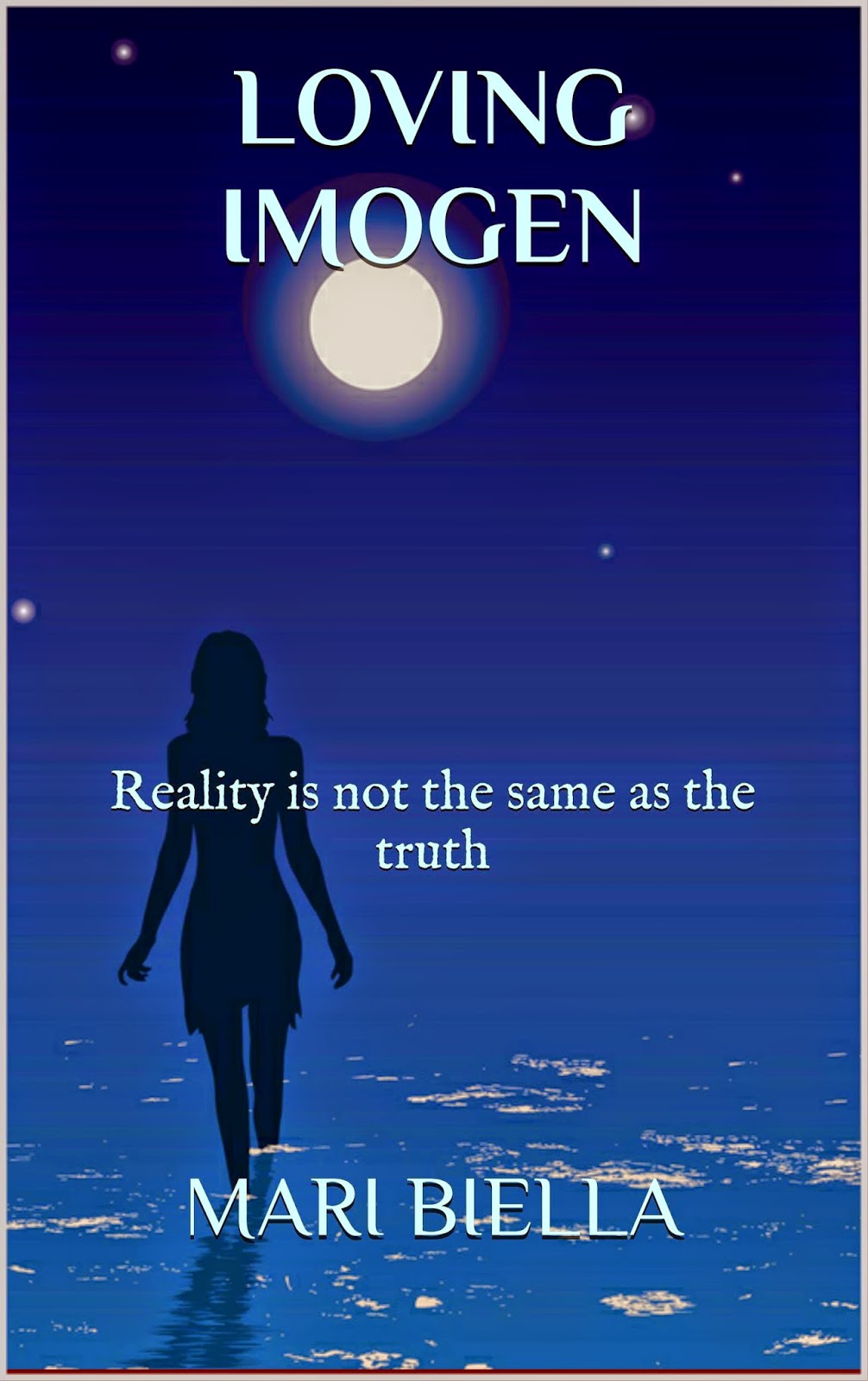 It seems to me that whenever we write fiction – whether it’s fantasy or not – we are, in effect, doing much the same. Fiction is a lie, but it’s not untrue; and that seeming paradox may be at the heart of what we do.

“Reality is not the same as the truth” is the tagline to my novella Loving Imogen, and reflects the protagonist’s following thoughts:

"These are the things that he remembers from that summer, the things that have always stood out. There are things, no doubt, that he has forgotten about, and other things that he seems to remember but could just as easily have invented. And life, he supposes, is like that – not simply a catalogue of events, but an internal narrative that imposes shape and order on those events, and adds and subtracts, and lends meaning where there is none. And if one makes no attempt to separate invention from reality, or to impose some discipline on that inner storyteller, one might wonder whether one has in fact lived dozens of lives, countless lives. Reality, he thinks, is not the same as the truth."

Reality and the truth are, in my opinion, often quite different things. The chair you’re sitting on, the air you’re breathing, the screen you’re reading this on, are generally judged to be “real”. They have a solid, physical existence. They do not depend upon the human observer for their reality; they are objective, definite.

(Or are they? There’s a case for doubting these things, of course, but this is neither the time nor the place for a metaphysical debate. Get back to the question at hand, Biella...)

As opposed to these things, there are the subjective things, dependent upon the observer. A dream is not “real”, and nor are feelings of love, fear, or exhilaration. The various reveries dredged up by our churning imaginations are not real, either. So what are they? The things that make us human? The evidence that we are more than machines? Or, if you’re of a strictly Darwinian bent, are they the by-products of a normally functioning physical organism – the brain’s effluent, if you like?

That’s an interesting question, and probably unanswerable. But what interests me most is not what these things owe their existence to. What interests me is that these things, while they are not “real” in the accepted sense of the word, are nevertheless true. Take a sensation, either physical or emotional or a combination of the two. While the sensation may indeed have some physical cause, it nevertheless does not exist objectively: it is what is felt, subjectively, by the person who is experiencing it. Without the subject, the feeling doesn’t exist, and therefore lacks independent reality. Yet what you’re feeling at a given moment is, for you at least, the absolute, undeniable truth. It is immediate and evident in a way that, perhaps, nothing else can be.

And fiction is much like this. Nothing that we’re writing is real; we are, in effect, telling lies, albeit the kinds of lies that nobody’s expected to actually believe. But all fiction contains, at its heart, the truth. Fiction that doesn’t, oddly enough, quickly begins to seem highly un-realistic. Fairy tales, fantasy and indeed all fiction affects us because, although stories may be set in different worlds and times, they contain elements of what we know, instinctively, to be the truth.
Bill Kirton dreams fantasy Loving Imogen reality truth truth and fiction

Bill Kirton said…
A great post, Mari, which ought to provoke lots of interesting musings in those who read it. There's so much to say about it, but I'll offer just two things.
First, the subjective 'truth' you identify is certainly very real for the person experiencing it which, in turn, implies a multiplicity of truths, all legitimate but not all shared. (Discuss.)
Second, the passage from 'Loving Imogen' reminded me of Stendhal. In his memoir, on more than one occasion he recalls intense experiences (especially with women) but stops short of describing the entirety of the contact because 'ce serait faire du roman'. In other words, putting it on paper would begin to fictionalise it and it would therefore be lost to him as a 'real' memory.
There's actually a condition called Stendhal syndrome. On his first visit to Florence, the concentration of 'culture' there gave him 'palpitations of the heart'. Apparently, many visitors to the city have similar experiences of nausea, dizziness and increased pulse rate - an interesting condition which seems to link your 'truth' and 'reality' very closely.
2 September 2014 at 10:30

Catherine Czerkawska said…
I agree with you. And it's why most people found Dawkins's pronouncements about fairy tales so ridiculous. Even very young children quickly seem to know the difference between real life and their strong, vibrant fantasy life which is 'true' in quite a different way. Bernard MacLaverty calls fiction 'made up truth' and that's a great description as well.
2 September 2014 at 10:32

Mari Biella said…
Thanks for commenting, Bill and Catherine. Bill - I like the idea of a "multiplicity of truths" - instinctively, that sounds very true! Catherine - I like "made up truth". That pretty much sums it up!
2 September 2014 at 17:34

Dennis Hamley said…
A post after my own heart, Mari. My Hare Trilogy is entirely about about it: I wrote an article years ago in which I called it 'a meditation on the nature of truth'. In Hare's Choice, the Overseer says, 'Things aren't untrue just because they never happened.' I'm rather glad to see that that almost throwaway remark has been noted and seized on by others, because I think it's profoundly true. If I didn't, I wouldn't have spend the last forty years trying to write fiction, that most significant of forms.
3 September 2014 at 10:01

Lydia Bennet said…
Lovely post, Mari. this also applies to poetry which must be 'true' even if it's the poet speaking imagined words from the mouth and mind of another being or object. apart from in Mathematics, where truth of an absolute kind can exist and be beautiful because of that, there are many kinds of truth.
3 September 2014 at 10:19

glitter noir said…
Well done, Mari. Lying for a living has never sounded nobler--even if one can't make a living at it. I'll have to check out Loving Imogen.
7 September 2014 at 16:18