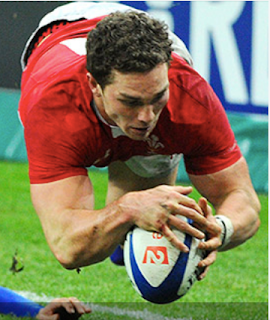 So this is a post about still being here. Not In a depressing way, but in a grateful and optimistic way.

To clarify, I recently had a birthday - not a big one by the usual reckoning - but a birthday that neither my father nor my aunt made and therefore a birthday of resonant, superstitious significance.
From where I stand,  I am now in extra time, a sweet bonus period  that is full of desperate urgency. Extra time is never as long as a full game: it’s the bit at the end of a rugby game which is all about last chances, brave decisions, boldness justified by the proximity of the final whistle. Of course, it is also the bit that can change a game around, snatching victory from the jaws of defeat and vice versa. It is a place of madness, and of occasional great performances.
I am heartened by that thought. It’s too late now to play it safe or to play the long game. There’s little point in playing for territory: it’s the time for a heroic run, ball in hand, for the line. I’m encouraged by the fact that I may be in extra time but I still want to win. I want to write great books, better books, braver books. I don’t have the endless forever that I felt I had in my thirties, but I am still hungry to work and grateful for the chance to still be working. My ‘to write’ list is as long as my ‘to edit’ which is long enough to keep me going for a good few years. It is simultaneously daunting and invigorating.
We make so much about the young, about the debut, about the new and I want to shout from the rooftops. That's great, fair play, but don't forget us too. Listen to us, the older, those of us who have been around a bit who know what we are doing and are pulsing with energy that comes from knowing that time is short but there is still everything to play for! Watch out. We are still on the field and running.

Very well said, Nicki - and long may you continue to write, edit, and produce wonderful books!

Familiar feelings, Nicki, powerfully expressed. All the best in all your endeavours.

Moving, inspiring post: thank you. In my eighties, I too feel the cold wind of diminished time, and am grateful for every new story I am able to complete and publish, which is perhaps the urgency with which I should have been pursuing them when I was younger as well. Good luck with your endeavors.

A great post, Nicki. I was wed to a science fiction addict/collector for a very long time, and he converted me to the genre. I currently live with his expertly curated collection - terrifying how so many of those fantasies are now realities. Sadly for me, he left this planet five years ago, but I like to imagine him in some other form, exploring universes far beyond this one, as well as looking down at our little, ill-treated and over-heating planet, and thinking: oh, yes, we predicted that, but so SOON?