The Problems of Updating and Translation, by Elizabeth Kay

These days, we can all update our online books, and customers will get the newest version free of charge. However, when do you do it? Those writing for young people probably have the hardest job, as slang changes year on year, and you can sound like the fustiest old has-been very quickly and a laughing-stock amongst the super-trendy. Do people still use the word trendy anyway? The other big issues are contemporary settings (remember when mobile phones looked like bricks?) and scientific discoveries. When I was a kid, no one thought for a moment that dinosaurs had feathers, or that women guards on the Underground should be paid the same as men.

Climate change is going to present even more problems, I suspect. I haven’t actually updated any of my books, as I’ve always been very careful to make the date in which they’re set a bit ambiguous. This means stating that something costs the same as a four bedroom house in Surrey, rather than the £60,000 it would have cost thirty years ago. Borders change, too. Therefore it was a lot safer to invent an ex-Soviet republic for Beware of Men with Moustaches than it was to use a real one. And that brings me to the topic that started me thinking about all this in the first place. 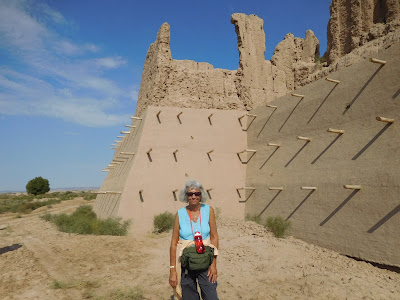 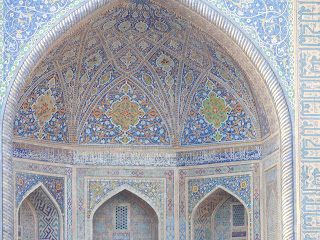 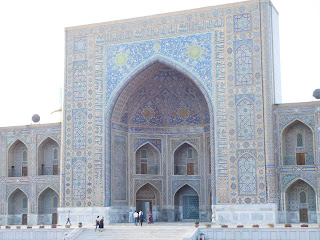 I have just returned from a holiday in Uzbekistan, a place about which I now realise I knew very little before I went. As the daughter of Polish exile, my views on the USSR were formed very early, and not improved by visiting Poland, Ukraine, the Czech Republic, Romania or Latvia. What I hadn’t done was to holiday in one of the Stans. It’s been a revelation. My previous experiences universally slagged off the USSR for siting their dirty industries in satellite countries (Nova Huta in Poland, for example) or plundering their resources and art works and sending them to Russia. These were all countries that would not be described as third world, that already had strong infrastructures. Uzbekistan was different - a relatively poor country initially, but with an extraordinary heritage of architecture from the days of the Silk Road which was falling into disrepair. There has been a tradition of restoring these buildings from time to time – Tsarist Russia did quite a lot, but the USSR’s impact was phenomenal. Khiva, Bukhara, Samarkand – one wow moment after another. Possibly the most beautiful buildings I have seen anywhere. They don’t go over-the-top with a dog’s dinner of colour – they are all harmonious, with blue, white and turquoise predominating. Uzbekistan has a climate of extremes, with baking hot summers and bitterly cold winters. These buildings are very cool in the summer, but as I went in September I can’t vouch for how they feel in the winter. But those extremes of temperature play havoc with man-made edifices. 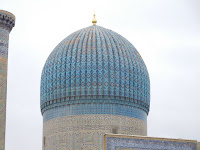 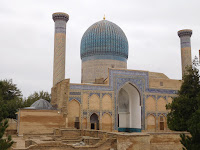 This then brings me to the restoration issue. I couldn’t tell what was original, what had been restored in historical times, and what had been done very recently. And I’m still not quite sure how I feel about it. I’m as sure as I can be that the restorations are very close to the originals, but other cultures piece things together, such as pots, and leave the new pieces blank. When something is bowl-shaped, it’s easy to work out what shape the missing sections are. You then needed to imagine the pattern that had been inscribed. I started to wonder about restored manuscripts, and how close to the originals they were. When something was copied over and over again, things go wrong. Many years ago I was illustrating a natural history book, and I had to do a swordfish. What colour is it? Like most people, I assumed it was black on top, and silver underneath. It isn’t. It’s copper-coloured. The original illustrations were printed in black and white, and subsequent illustrators working in colour just looked at those, and not the source material. 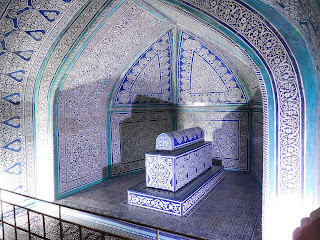 Translation, another form of copying, brings its own problems. I was fortunate enough to be friends with Vera Rich, who died nearly ten years ago. She was the foremost translator of Ukrainian and Belarussian poetry, and her work is held in high esteem as she always tried to reproduce the form as well as the meaning. Her recipe was as follows: go out for the evening with a native speaker who knows the poems, and discuss them over several bottles of wine. In the morning, write down what you remember…

Different translations can vary wildly, and sometimes bear very little resemblance to the originals. An example of creative yet essentially truthful translations can be found in the names of the characters in the Asterix books. French (the original name for the Druid) Panoramix. English: Getafix. German: Miraculix. Afrikaans: Abracadabrix. English (USA) Magigimmix. Presumably, Magimix has been copyrighted as a trade name.

Which brings me to my last point, for authors who have had their own books translated into other languages. How well do you think you were served by your translator? The names of the characters in The Divide always mean something. For the griffon Ironclaw the Dutch version of his name remains the same: Ironclaw. French – Serdacier. (Steeltalon) German: Eisenklaue (Ironclaw). Spanish: Pezuña de Hierro. (Iron Hoof). The Romanian edition comes with footnotes, to explain English linguistic jokes. How the Japanese and the Chinese handled it I have no idea!


This has been rather a rambling post, probably because I just wanted an excuse to include some of my Uzbekistan photographs.

Bet old Joe Stalin could have got rid of people like m ajmal and his amazing magic website! Asterix name Getaconned?

How do we get rid of spam comments? In the absence of Stalin, that is.

Swamp them with real comments.

I was with Liz in Uzbekistan, and I agree with everything she says about it. I was embarrassed by how little I knew about the country - which is something I intend to put right, if Santa brings me the book I want, about the silk roads. When I got home, I read "The Railway" by Hamid Ismailov, which is banned out there. It's easy to see why - it's gloriously subversive, but the Uzbek government could claim (and perhaps they do, I don't know) that it's only banned because of obscenity (since at least a couple of passages certainly are obscene). The reason I mention it here is that it struck me as a particularly good example of translation. The translator says in his introduction that some of the jokes were untranslatable, but that he slipped in a few of his own that were in the same spirit, whenever he saw the opportunity. A purist would not approve, but I thought the end product was a terrific book.

Translating poetry is even harder. I'd like to recommend "Le Ton Beau de Marot" by Douglas R Hofstadter, a long meditation on these matters, with many interesting digressions, and literally scores of translations of the same short poem. It's one of my favourite books.

In the Finnish edition (Rajalla), Ironclaw was called Rautakynsi, which means exactly the same thing but sounds more enigmatic.