Every other writer in the whole world, ever, it seems gets asked the same question at live events. “Where do you get your ideas from?” It’s become a bit of a joke now, a well-worn trope in the industry. I have only ever been asked this once, at a school talk and I was so chuffed that I think I scared the student a little with my enthusiastic response.

However, questions that people do often ask include, “How do you think up your character names?” and, “Are they based on real people?”

When I was writing the Diary of Isabella M Smugge, my search history was peppered with things like, “posh girls’ names from the 1980s” and, “popular Suffolk surnames.” I didn’t introduce many new characters in the Trials of Isabella M Smugge, but by the time I was writing book three, I’d come up with an absolutely spiffing plan. I was out on the road for the first time, invited to both the Brechin Bookfest and the Scottish Association of Writers event in Dundee by the magnificent Wendy H Jones. For the first time, I was customer-facing and I came up with the idea of using the name of the first person who bought my book at an event in the narrative. Hence the lady who runs Caring Touch (the agency used by Issy to look after her mother) is called Linda Murray. Why? Because the thrice-blessed Ms Murray was the first person to put her hand in her pocket at the Costa in Dundee City Centre.

Once I’d had the idea, there was no stopping me. I did my first event on 5th March this year. My first ever purchaser was Rachel With (hi Rachel) and in she went, as a gallery owner in London. Hard on the heels of that, she wrote to me and told me her Dad’s nickname was Sherby. He is now immortalised as the lead singer with the Do Wells, the most famous thing to come out of Suffolk since the A12.

Book three is littered with real people’s names. It makes my job so much easier.

So, dear reader, you may be wondering who Ms Stunt is. She is that scowling, disapproving presence who whispers in your ear. 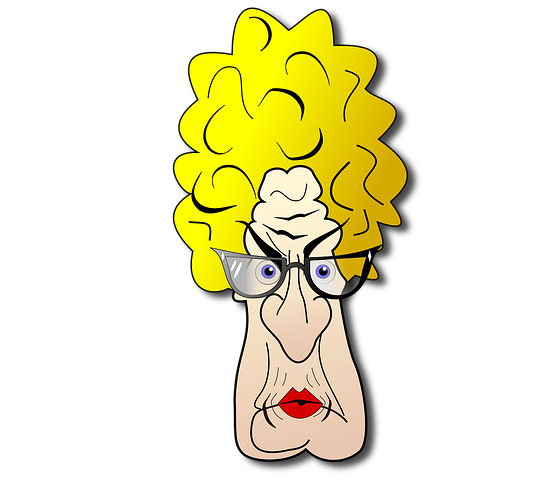 “Who do you think you are? No one wants to read your stupid blog. You might as well give up and get a real job.”

When you lie awake in the middle of the night with thoughts whirling around your head and doubts assailing you, Nora is never far away.

I visualise her as a woman in her late sixties, her face creased from a lifetime of frowning and disapproving. She wears sludge colours, mostly. Fawn, beige and taupe. Grey if she’s feeling kicky. She is never seen without her string bag and a felt beret sits atop her greasy perm. Nora hates everything. Children. Laughter. New ideas. Men. Women. Foreigners. Charity.

She dropped into my head last weekend, springing almost fully formed into an actual character. I wondered if she belonged in my fourth Isabella M Smugge novel (publishing in 2024) but I don’t think she does. Nora’s purpose is to personify my negative thoughts and self-doubts. Next time I question what on earth I think I’m doing sitting in the Palace of Creativity making stuff up instead of getting myself a proper job, I shall visualise Nora. It’s much easier to address her face to face than to try to deal with the nebulous mass of thoughts lurking at the back of my mind.

Nora won’t be happy about this (is she ever?) but today, she is my gift to you. Feel free to add details to her as you see fit, but if it helps you on your writer’s journey, she’s yours. Next time you doubt yourself, imagine Nora scowling at you and adjusting her horrible tweed coat and remember that you have a wonderful gift to be used for the benefit of others.

Is she based on a real person?

Griselda Heppel said…
Ha ha I did think it was high risk putting the names of real people in your books, if the characters you use them for happen to be not very nice! The secret is of course to home in on names which must have a huge number of owners, eg Linda Murray, Caroline Williams, Thomas Jones etc so no one will feel they've been singled out. Whereas with Nora Stunt you've wisely done it the other way round, inventing a character on whom you hang the most unappealing, negative, grumpy attributes you can think of. As you say, Nora MAY be based on someone in real life but your lips are sealed. An excellent character by the way!
13 November 2022 at 16:16

Ruth Leigh said…
Everyone I've ever met at an event has always turned into a nice character. My latest, the lovely Julie Shemming who I met yesterday, bought my complete set of Smugge books and her name will be conferred on someone super nice in book four. Just not sure who yet. Thank you, Griselda. Nora Stunt is a jolly useful character I have to say.
13 November 2022 at 16:29

Peter Leyland said…
I may be wrong Ruth but I think 'spiffing' belongs in the realm of Frank Richards books like Billy Bunter or Tom Merry (of The Shell). If not them, then I have a whole host of alternative sources - and what about Boris Johnson? I think he may have used it too.

Liz Manning said…
Hi Ruth. I'm interested to know if you tell or ask people about using their names in advance? I must admit to using the first names of people I knew in the novel I've started writing but combining them with someone else's surname.
14 November 2022 at 09:58

Ruth Leigh said…
Hi Liz. Always. The first customer at a fair when I'm writing a book is always included, but with their permission. I ask if I can use their name and so far everyone has always said yes. It really helps as coming up with good names is quite tricky.
14 November 2022 at 12:55

Clare Weiner (Mari Howard) said…
Well I never! Yes,I really have never put the names of real people into my invented worlds, the stories in my novels. However, I suspect other writers than you do it - I've noticed quite a few surnames in a (well known to you & me) other Facebook group scattered across the pages of several of the members' novels, even my own which is an unusual one for England (I wasn't asked either!!) and was given to a European archaeologist! My characters seem to arrive with names - Jenny Guthrie, Stacey Thornton, Euan Robertson and the Rev Andrew Field-Plowright for example all came fully named... (please don't pinch them now you know!)

Ruth Leigh said…
Yes that Facebook group is awash with great names. Hence Harold Cottingham, Mummy's new squeeze in book 3. I love the Rev Andrew Field-Plowright! I promise not to pinch him.
12 December 2022 at 20:19