The World Was Different Back Then - Guest Post by Alison Boyle 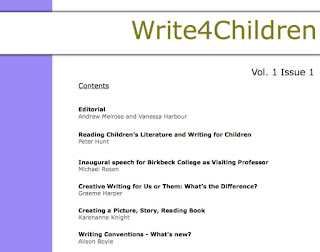 The world was different back then: In 2008 I became intrigued by the question of what online social networks were good for. It was a time when this kind of technology was less familiar to the general public, but thankfully not alien to a few geeky members of the Scattered Authors’ Society who supported me in research about online commentary on fiction texts. What I discovered was published alongside a piece by Michael Rosen. 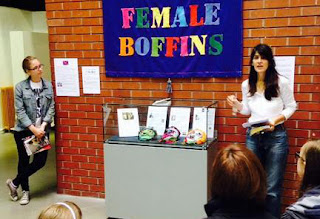 In the years that followed, although my curiosity about technology remained, I decided not to adopt it directly for authorial purposes. That is until last year when two things coincided: my curation of a community exhibition at the People’s History Museum on the Salford/Manchester border, Colours, Community and Chemistry and a website in need of updating.

The starting point for both was a crossover novel written with my father, from Pakistan to Preston. 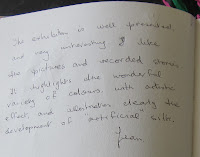 For the exhibition which drew on the book’s themes, I made sound recordings of craftivists, feminists, academics and working class Northerners, we all took photos (including of the exhibition’s Comments book) and started a simple blog or wrote for each others’ blogs.

My new skills, or sped-up skills, came in handy when relaunching a website that included multimedia about the exhibition rather than having too tight a focus on the book. I found Wordpress much easier than organising a website from scratch, and free applications like Audacity were easy to pick up for editing people’s voices.

I embedded lots of 1-minute sound files on the web pages about the exhibition, offering different ways in to the original story, as well as different stories.

2015 was different again: This year I launched a presence on LinkedIn and Twitter (@papercroissant). What were the results? Well, it depends on your measures. I quickly connected with people on LinkedIn by roving around, and the numbers would be bigger if I checked in more often and clicked without thinking. 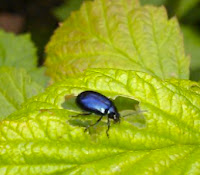 Five months ago I sneaked into (or is that onto?) the Twittersphere by choosing a couple of images for my profile page: the background of a startling blue beetle on a raspberry leaf that startled me one morning, and a portrait by English painter Geoffrey, made in Venice.

My first tweet took just under an hour to construct, the second just under under an hour, etc. I’m still not speedy because I try and find a new angle and related image. When people in the same space (physical or virtual) are commenting on the same event, I’ve found the connections more satisfying than I imagined. And it’s a good place to celebrate other authors’ achievements. 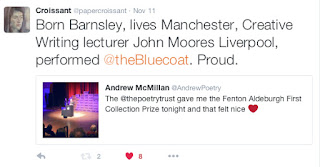 Technology enables connections with strangers, but all that chat can feel like a cacophony. You are very welcome to join me and my modest 138 Twitter followers and 149 connections on LinkedIn, and to come over and see my web pages sometime – where you will be introduced through text, image and sound to some of the people I know.

With so much technological choice it’s nice to join with people you’re acquainted with from the physical world, as I found from my research seven years ago. But that isn’t always necessary, and diving in a bit deeper has brought new discoveries that are not just about modes of communication; they’re helping me to reflect on creativity itself. 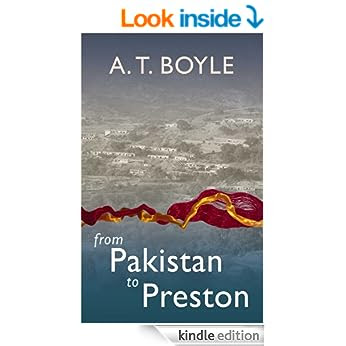 alison boyle at boyle from pakistan to preston guest post

Wendy H. Jones said…
What a fascinating insight and interesting perspective. Thank you
30 November 2015 at 09:40

Lydia Bennet said…
What an interesting post, I use social media a lot, mainly facebook, I've found Twitter does nothing at all for book sales (I blogged about my experiment with it) though i'm still on it and gaining followers by the day - getting near 2k now. I use Pinterest too like some other AE bods. Linked in I've ignored, i've heard it's more for business types than in the arts, they are all such a time-suck if you're not careful. However I'm intrigued to read about your use of Audacity and the voices embedded in the blog. Thanks for that info!
30 November 2015 at 14:23

Mari Biella said…
An interesting post - thank you. Your perspective on social media is very refreshing, and I love the emphasis on creativity and crafting things - a nice change to the quick, careless, throwaway nature of much social media. Despite having been tweeting and so on for several years now, I still feel like a beginner. There's so much to learn!
30 November 2015 at 15:15

Katherine Roberts said…
I find technology moves on so quickly, by the time I have worked out how to use something it's already antique and everybody is hanging out somewhere else! Our creations, however, are solid and real even if invisible at times.
1 December 2015 at 09:08

Alison Boyle said…
Thank you Wendy, Lydia, Mari and Katherine for your insights.

Those 2k Twitter followers put mine in the shade, and although new followers have arrived in the few days since I wrote the blog, I'm trying not to notice. It is really about you using the media, rather than the other way round.
1 December 2015 at 21:58