Internet trolls and literary villains have more in common than you think, says Griselda Heppel


Let me ask you something: who do you think is the most terrifying villain in literature?

Plenty of candidates to choose from. Voldemort in Harry Potter, Sauron in The Lord of the Rings, the White Witch in The Lion, the Witch and the Wardrobe, Flashman in Tom Brown’s Schooldays, Moriarty in the Sherlock Holmes stories; or going back further in the canon, Macbeth, Iago, Edmund, Richard III (as depicted by Shakespeare, I hasten to add, before any Ricardians take me apart), Mephistopheles… 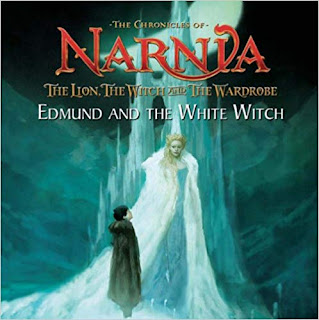 These are all splendidly evil figures. But not, to my mind, the most terrifying, for one big reason: we know what they are. The reader is in no doubt, from the word go, that each one of these is a Bad Lot, and how the hero will or won’t overcome them becomes the central drama of the story. (In Macbeth’s case you could say it centres on whether the hero’s better self will overcome his dark side.) 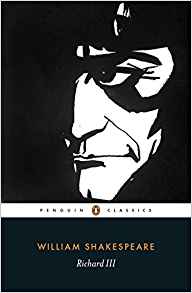 No. Far more frightening, for me, is the character who begins as a warm, kindly protector, a bit of a rough diamond perhaps, but whose charm, engaging wit and genuine interest in the hero has both hero and reader completely under his/her spell. When this character’s true motives emerge – often quite late on in the story – the shock of betrayal is all the greater because of the heartless calculation behind it. Willoughby, in Sense and Sensibility, comes into this group, as does Steerforth in David Copperfield (note the positive, reliable sounding names).

But the leader in this field by a mile is Long John Silver. 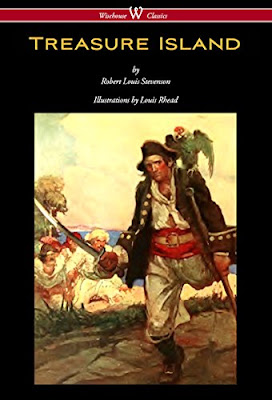 Which came to me as a complete surprise. Because – and here comes a confession – having never read Treasure Island as a child, but seeing plenty of illustrations and film stills of a ferocious-looking, one-legged pirate, I assumed that Silver’s wickedness was a given from the start. Like Captain Hook in Peter Pan, or Bill Sykes (OK, not a pirate but a violent criminal) in Oliver Twist. Whereas – as I discovered when I finally got round to reading the book a few years ago – the opposite is true. Long John Silver begins as a decent, likeable, fatherly figure with a delightful wit, who takes Jim Hawkins under his wing, protecting the boy from enemies and helping put together a crew to sail in search of the pirates’ treasure. Only when the ship is well on its way does his true, coldblooded nature emerge, and that only because Jim by chance overhears him plotting murder with the other crew members.

An obviously evil villain is dangerous enough… but one who has led both hero and reader to like and trust him? That is truly chilling. All the more so because in real life, villains don’t advertise their villainy openly; it works far better to get people’s trust first.

Nowhere is this truer than on social media. Up till now, I thought I knew what a troll was. Nasty, bitter, powerless people who use the freedom and easy access of social media sites to hurl vile abuse at total strangers, knowing they can get away with it. Yes, there are legions of these and they do a lot of damage. But far more insidious and dangerous are the accounts, according to this article on www.rollingstone.com, designed deliberately to destabilise whole countries and set people against each other. How? Well, they’ll start with a few bright, feelgood posts/tweets that will gain them lots of followers and retweets, before gradually introducing divisive ‘truths’ (ie convincing but imaginary 'facts') that feed and spread people’s suspicions of each other.

An aggressive, foul-mouthed, bigoted troll is easily spotted and seen for what it is; but these nice, decent, humane Long John Silvers of the internet? Not so much.

And that is terrifying.

Umberto Tosi said…
Thanks for letting us ride this fascinating train of thought liking villians and the nature of villany. In my mind, no fictional villian can match the cruelty and corruption being exhibited by too many of those in political power these days all over the world. Who can match, for example, the vicious, cynical, racist machinations of Trump's child-cager in cheif, Stephen Miller?
1 December 2019 at 18:28

Clare Weiner (Mari Howard) said…
Villains indeed. And all those 'advisers' who lurk behind their advisees... I feel a story coming on...
2 December 2019 at 16:06

Griselda Heppel said…
Yes, the awful thing is once you start comparing fictional villains with real life ones, you open a Pandora's Box of all the different ways people can be heartlessly treated and exploited. The internet, while doing a lot of wonderful things, has spawned millions of opportunities of gaining people's confidence, only to cheat them and ruin their lives.
And yes, Umberto, caging children! It doesn't get much crueller than that.
2 December 2019 at 19:51