Richard III and the trade in printed books by Alex Marchant


There has been a great deal in the news of late about trade and tariffs and taxes on goods, especially across frontiers in this increasingly global world. I don’t have a great deal of interest in (let alone knowledge of) modern economics. However, for me (as often happens, given my area of research), any and all roads potentially lead to the 1480s and the reign of a certain King Richard III. And a recent incident led me to an interesting related point about the king, his attitudes and achievements.

While setting up the listing for one of my books on the website of print-on-demand company Blurb, I saw a notification saying ‘Value added tax (VAT) will be added to the total price at the checkout.' My immediate thought was 'But there's no VAT on books – at least not here in the UK.' Then, 'Should I reduce the list price so the buyer pays no more than the normal price?'
I checked. I was correct. In the UK there is no VAT on books, as there isn't on children's clothes, most foods and various other items.  This extra tax levied on bought goods presumably isn't used to tax books because, given their educational value, they are far too important to allow them to be restricted only to better-off people. They should be available to all.
Then I remembered that in King Richard III's only Parliament (in early 1484) there was a provision designed to ensure that books would be available as widely as possible. 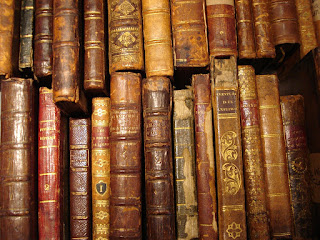 Parliament was passing laws designed to protect English craftspeople and sellers, whose business was at risk from foreign merchants, in an early example of economic protectionism. These overseas merchants (mainly Italians at that time) often monopolized the sale of imported goods and exported the money they made back to their home country. Parliament insisted that such 'aliens' should not be allowed to sell directly to the public, and could only sell their goods to shops in the town in which they lived, from which they could be resold at a profit to that local business.
One category of good only was exempted – books. In 1484 there were only a tiny handful of English book printers and sellers in England: William Caxton and maybe three others. The rest were foreigners. If these 'aliens' were prevented from selling imported books at markets and country fairs as was the practice, the growing book trade – in the cheaper books mass-produced by the newly introduced technology of printing, rather than the much more expensive, traditionally hand-produced manuscripts – would be crippled.

Books were not exempted from import taxes, but this exemption relating to how they could be sold ensured that printed books continued to be brought into the country and could be sold there freely while the native book trade continued to increase in size. Without the imports, native makers and sellers would not have been able to keep up with the growing demand.
Some experts (such as Peter Blayney, scholar of the Stationers Company, which controlled the printing and book trades) think that King Richard saw the danger to the book trade and was responsible himself for the exemption which ultimately allowed more people to access books and education to become more widely available.
Interestingly, perhaps, the acts of the 1484 Parliament were themselves the first ever to be printed, allowing them also to be more widely available. In addition, they were the first ever to be produced in English so anyone could understand them, not just people who could read French.  It was also another 20 years before any other acts of Parliament were printed and distributed so soon after the actual session of Parliament ended (the acts of Henry Tudor's first Parliaments, beginning in 1485, were not printed until 1491).

Some people say King Richard III was 'a man of his time' when they discuss his character and actions. Others, myself among them, think that perhaps, in some ways, he was ahead of it. Certainly, given this case, he was ahead of other monarchs of the time in understanding the value of making books and knowledge more accessible for the education of ordinary people.

Alex’s books can be found on Amazon at:

Eden Baylee said…
Thanks for the history lesson, Alex. I'm in Canada and we have a complicated tax system. It differs across provinces.

Where I live in Toronto, Ontario, books, children's clothing and footwear, diapers, children's car seats and feminine hygiene products pay 5% tax, while most other items are charged the standard 13%.

Go figure how the government thought this up!