A Place to Escape: Misha Herwin 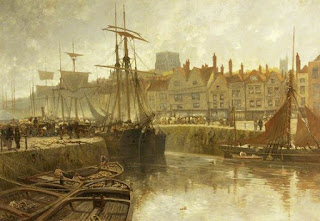 As a writer, when things get too difficult, I can escape into another world. Recently I have spent a good deal of time with Letty Parker, in an alternative Victorian Bristol. Like its nineteenth century model this is a place of stark contrasts between rich and poor. The Downs are lined with the mansions of the rich, while the threat of the workhouse looms over those who can barely scrape a living to feed themselves and their families.

Letty starts off making a living selling pies. She is twelve years old and prides herself on being an independent business woman. Her friends are the street children. They are the pickpockets, the burglars, the runners for the criminal gangs that are operated by Miss Liddy and The Bear. Having divided the city between them, the gangs keep to their own territory. To stray over the boundary is to risk a stabbing, or to be thrown into the river for the eels to devour.

The eels that slide up from the river to coil in dark corners awaiting their prey are only one of the dangers that lurk in the city of secrets. Although most people no longer believe in them, the Nephilim, the Dark Ones, once ruled and they are about to stage a return to power. Living for many centuries they care little for the fleeting lives of human beings.

Apart from the Dark Ones, Letty’s Bristol is the home of other supernatural beings: Mother Pountney and her witches who conduct the midsummer rituals, the fauns, dryads who live in the Leigh Woods, the Elementals and the Night Creatures. 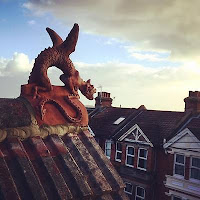 The Night Creatures are the dragons and gargoyles who live on the roofs of buildings. By day they are no more than lead and stone, but when darkness falls, they scour the city for dark deeds. They like nothing better than an evil plot, successful robbery, kidnapping, or best of all a gruesome murder, returning to their perches to pass on the stories of what they have seen.

By daylight, the city goes about its business. There are ships at anchor on Tobacco Wharf, unloading their cargoes of sugar and tobacco. Slavery has been banned, but fine ladies still like to have a black servant boy to carry their shawls and fans. In the colonies things have not changed and there men, women and children are bought and sold, their fates determined by the whims of the plantation managers.

Pirates ply the seas between Bristol and West Indies. Criminals are transported to the Antipodes and once a year balloonists come from as far afield as the Kingdom of Moscovy to take part in the Balloon Festival. 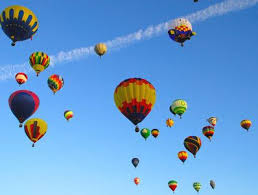 Meanwhile, children are sent up chimneys or down mines. They work as servants, seamstresses, in laundries, shops and bakeries. Others are entertainers, performing for the theatre goers outside the Theatre Royal, where Bella de Vere, the Bristol Nightingale takes the house by storm.


Letty has often watched her mother from the wings, but she is no theatre brat. She accepts that Bella will never acknowledge her daughter and she long ago decided that families are not for her. 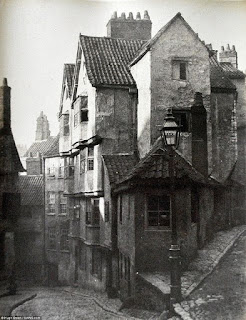 At the end of the day she makes her way home through the narrow winding streets of the old city, up Plum Tree Lane to her room in Cutlers Row. Climbing the iron staircase she unlocks her door, then taking the cover off the fire-coal she brews a pot of tea and sits by the hearth waiting for the toast to brown.

And I go back to wondering what will happen next.

Griselda Heppel said…
Eels waiting in dark corners of the city to devour the unwary... brrr. That is creepy. Plus witches and Night Creatures and street children living by their wits - so much packed into one story will make for rich reading indeed. I already want to know how Letty will deal with it all and - hopefully - come out on top.
12 April 2020 at 16:18