Photos that have inspired me, by Elizabeth Kay 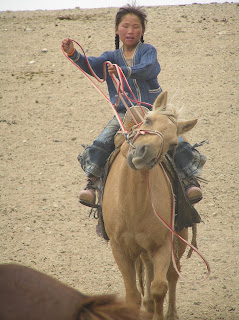 As I seem to be stuck for ideas this month, I thought I'd post some photos I've taken of places I've been and things I've seen, and link them to particular books I've written. I'm quite a visual person, having gone to art school, and pictures do tend to evoke memories for me, and one idea leads to another...

This is the photograph of a feisty eleven-year-old in Mongolia, the best rider I have ever seen, herding her goats. She was the inspiration for a reluctant reader story called Lost in the Desert, about a boot camp for difficult kids. 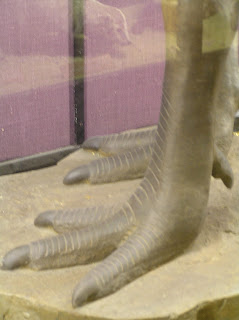 This is the foot of a phorosrachus, an extinct bird that features heavily in Ice Feathers, a book set in prehistoric Antarctica. I saw this in the Tring site of the Natural History Museum. 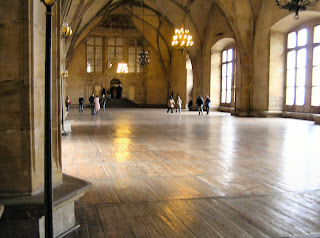 This is the ballroom of a castle in Prague. During the depradations of the Mongols, they took it over and rode their horses in there for war conferences. I mention it in Beware of Men with Moustaches, a story about a poetry group who are invited by their equivalent in an invented ex-Soviet republic, but get more than they bargained for. 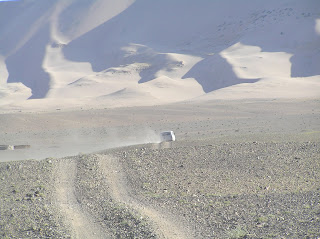 Deserts feature in Back to the Divide, although they don't have Russian jeeps driving past. This was the Gobi Desert in Mongolia. 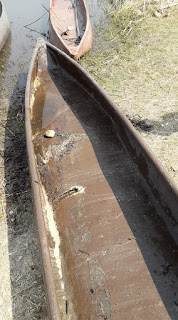 This shows the damage done to a mokoro by a hippopotamus. Mokoros are the canoes used in the in the Okavango Delta, poled like punts. The three women in it were very lucky, as you can see where the tusk penetrated, causing the boat to sink and throwing the occupants into the water. I was in the mokoro two boats in front. A very scary encounter, which I'm using in a work in progress. 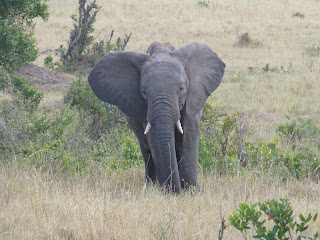 An elephant in Kenya, the main character in a book for reluctant readers called Hunted. It's about ivory poaching, and a tusker getting his revenge. 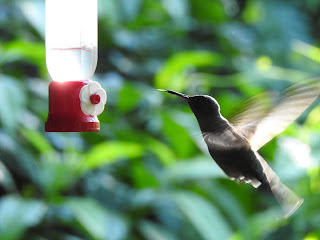 The continental divide in Costa Rica gave me the idea for the first book in the Divide trilogy. The humming bird garden up in the cloud forest is where the action starts, and our hero, Felix, crosses into another world. 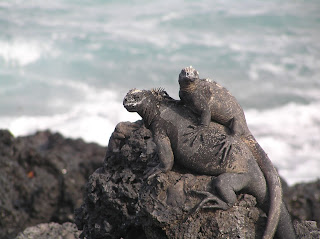 Marine iguanas in Galapagos, a work in progress. 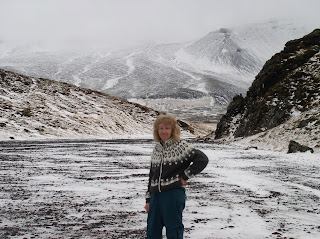 Me in Iceland, which gave me all the detail I needed for the final book in the Divide trilogy, Jinx on the Divide.

Ruth Leigh said…
Gosh you are a well-travelled person! I love this idea of using a photo and giving us just a little information and leaving our imaginations to do the rest. Fascinating
17 May 2021 at 07:31

Peter Leyland said…
There are a lot of fantastic locations here Elizabeth, none of which I have been to except Prague. I have , however, been to the Tring museum which I love. I visited often with my daughter when she was younger and more recently with both her and my grandson. A fantastic day. Thanks for this post.
17 May 2021 at 11:12

Elizabeth Kay said…
The girl in the picture was called Atontos, the last baby rabbit, and when she saw us she galloped back to her ger (yurt) and reappeared with her hands full of dried curds to welcome us.
17 May 2021 at 17:26

Clare Weiner (Mari Howard) said…
This is lovely - and so different! And my goodness, where you go - you're surely as feisty and the young girl on her horse (who is so 'traditional', not everywhere has become Westernised, and nomads live on - as a child I was fascinated by the idea of nomads, living in yurts! A piece of writing which deserves gathering you new readers...
19 May 2021 at 10:49

Elizabeth Kay said…
Thank you everyone for your lovely comments. We have just risked all by booking a holiday in Greenland in November. Fingers crossed that they'll have us! (Icebergs, Northern lights and musk oxen, has to be a plot in there somewhere!)
19 May 2021 at 11:20