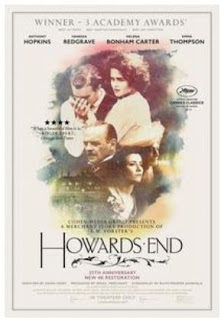 “Only Connect” – Piecing it Together

“Only connect! That was the whole of her sermon. Only connect the prose and the passion, and both will be exalted, and human love will be seen at its height. Live in fragments no longer. Only connect, and the beast and the monk, robbed of the isolation that is life to either, will die.”

Connecting the inner and the outer worlds is something that we writers do in many ways, sometimes without even thinking: you can call this inspiration or imagination through which you create a character or a story, or a poem; you can think of E. M. Forster’s famous novel, Howards End, where Leonard Bast and Henry Wilcox fail to connect their inner and outer lives and end up in deep trouble; you can follow a talk by Richard Layard, which I did recently, where he says that we can find it possible to connect with our better selves and the better selves of other people; you can connect your reflections with those of people you know as I generally do at a weekly poetry group meeting.

Towards the end of Forster’s novel Margaret's sister, Helen, speaks to Leonard Bast saying, ‘Death destroys a man, the idea of death saves him.’ Consider this for a moment. I think that the novelist is suggesting that because people know that one day they will die, they try to pursue beauty and adventure in the here and now, connecting their inner selves with the life around them.

By a strange co-incidence, just as I was writing this blog a book programme called Between the Covers, which was presented by Sara Cox, featured a short discussion of Howards End - an occasion when my inner and outer lives suddenly connected. Samuel West who was one of the panellists said, ‘As a lefty teen the book knocked me sideways.' He was 15 and he gave up chemistry and went on to study English, eventually playing the part of Leonard Bast himself in an acclaimed screen production of the novel in 1992. 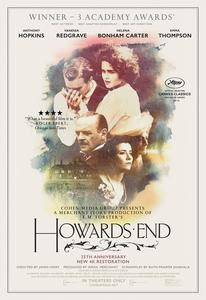 My friend Malcolm shared the book with me when we were about 17 and I still have his copy.The character, Ruth Wilcox, who owns the farmhouse has a special connection to Howards End. She has a wisdom and a spirituality, drawn from the beauty of the fields and gardens which surround it. Ruth is a symbol of an innocent future, also represented by the Wych Elm growing in the grounds that will live on beyond them all. In the novel she dies suddenly and leaves the house to Margaret Schlegel.

Richard Layard’s talk on Zoom about connecting, was concerned with how to be happy. He spoke of rejoicing in the success of others, promoting happiness around you, and replacing 'the macho culture of always wanting to achieve'. He mentioned the importance of education, not in terms of test performances, but for how we can improve ourselves. The most successful people, he said, are those who are a ease with themselves like the Dalai Lama. He also mentioned vulnerability, how we deal with that in ourselves and he asked whether we should feel more comfortable talking about it? To know your better self, he said, you should remember the good things you have done in the past.

A group of my ex-students meet with me most Thursdays to talk about poetry and as the week went on I began thinking of Thomas Hardy, a very introspective writer. I am due to read one of his poems with them and I have chosen, "He Never Expected Much", which I recalled liking when I was younger. In the poem Hardy is contemplating a life well-lived. The world, he writes, didn't promise overmuch to the child he was, “Just neutral tinted haps and such”, a line that always resonates with me when I read it. I will share the poem with the group this week and discover whether there is any resonance for them between Hardy's inner and outer worlds. He was 86 when he wrote it.

Today was mid-November and it was raining heavily. I was wondering how to get home. Should I get a taxi; should I wait for the rain to stop; or should I just put up the umbrella and walk the mile and a half up the avenue under the trees, amongst the leaves, through the puddles? I expect you can guess what I did and why. I wanted to connect my inner world of facing up to the odds with the outer world of the unregarding elements. Not that I am in any danger of death - not yet anyway - but I wanted to test myself in some small way and I wanted to write a blog. I hope that you can make a connection with the ideas.

Griselda Heppel said…
Well at least you had your umbrella, and Helen Schlegel hadn’t pinched it! Isn’t that the tragic irony of Howard’s End, that walking through the rain to retrieve his umbrella gives Leonard the pneumonia that kills him, while also providing the life enhancing encounter with the Schlegels? Or maybe I’m remembering the film too well.

Thanks for this meditation on Howard’s End, a book I’ve always found difficult, though its famous message ‘only connect’ says so much. I should really give it another go.
2 December 2022 at 19:50

Peter Leyland said…
That's just great Griselda. I hoped someone would make the umbrella connection! I've now speed read the last eight chapters to remind myself and Leonard dies because his weak heart coincides with the flat of a German sword wielded by Charles Wilcox who gets three years for manslaughter. I do think it is a fabulous book and that you should re-read.
2 December 2022 at 22:29

sally m said…
A thought-provoking blog, Peter, thank you.Interesting that the phrase is itself always connected, almost talismanically, with Forster but it comes from the mouth of one of his characters, not the same thing at all. I don't know Forster well enough to know whether he writes about it elsewhere. I must re-read the novel.
3 December 2022 at 05:01