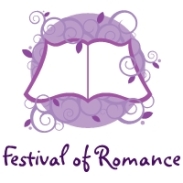 I spent last weekend The Festival of Romance.  This was the first time the Festival has been held, and the first time I've been to an event like this.  I haven't even been to any of the RNA conventions yet, although I hope to do so at some stage.  (I have to limit myself on 'treats' since I have two much loved horses and a dog to support and the cost of feeding and stabling doesn't get  any cheaper) 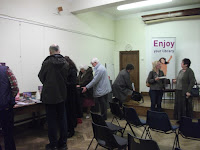 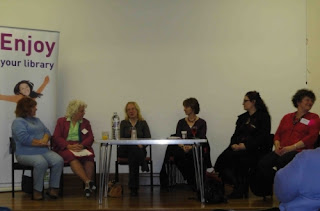 Although the the Festival was actually on Friday and Saturday, we had a 'pre-Festival Panel' at Watford Library the night before.  I went along, thinking I would have a nice relaxing evening listening to other authors, and found myself on the Panel myelf, with  PamelaStrange,  Kate Allan, Annie Burrows, Lynne Connolly and Juliet Archer. 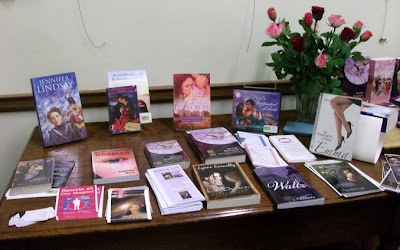 I knew Kate but hadn't met the others, so it was nice to make their aquaintance and although I hadn't brought any of my books, (my novels are published in print as well as e-Books) I had at least had the foresight to bring along
some flyers and postcards, and the tables were tastefully set out with books and promotional material, and a rather lovely vase of roses.  I was a little nervous  but I soon relaxed and really enjoyed it. The chocolate biscuits and wine which were laid on went down rather well, too! 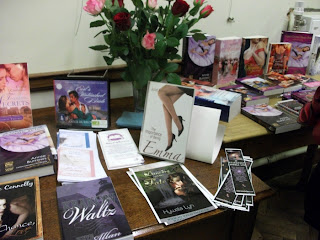 The actual Festival was held at the beautiful Hunton Park Hotel, Kings Langley. 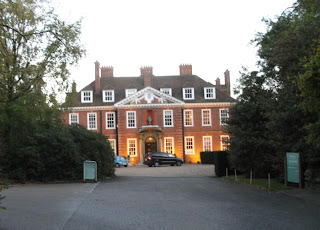 After registering and receiving our name badges,  we were were able to indulge in light refreshments (laid on all day in the coffee lounge and very welcome) with biscuits, cereal bars, coffee, and for tea drinkers like me, several kinds of tea, including my favourite Earl Grey. Then off to enjoy and learn from the many panels, talks and chats available.  *Gulp* somehow I'd put myself forward to sit on the Panel entitled 'Romance That's Out Of This World' (Well I had to really with a title like that, since it's also the sub-title of my author blog).  Unfortunately this clashed with Sue Moorcroft's talk on writing Romantic Fiction, which I would have dearly liked to attend. but obviously with so many things going on, some were bound to clash.

Despite  my inherent nervousness, I enjoyed the session very much. My fellow panelists, authors Lynne Connolly,  Tara Newlands and Berni Stevens were fascnating to listen to and we had some very interesting questions, followed by a general chat with other authors attending the festival, before an excellent lunch with a charity quiz. After a full afternoon of events, including another stint on a panel where I talked about horses in fiction, and several other authors shared subjects dear to their hearts.

Saturday started for me with another panel where several authors read the first 150 words of one of their novels. It was fascinating to  hear how other writers started their books to 'hook' the reader.  One of the highlights of the day, was a 'fashion show' where various authors dressed as their characters.

A full programme of afternoon events included a talk and 'one to ones' by a Mills & Boon editor, a fascinating interview with Carole Matthews, Internationally bestselling author and Festival Guest of Honour with Elle Symonds, editor of Trashionista and cupcakes all round served by a tall, shirtless 'Loveswept' hero. (The cupcakes themselves had pictures of actual 'Loveswept' covers but I'm not sure if they got as much attention as he did!) Other publishers at the Festival included 'total.E.Bound',  'Choc Lit', 'Excite Books', 'Myrmidon' and 'Rouge'.Jane Judd Literary agent was also at the Festival.

I wasn't able to attend the ball in the evening, unfortunately, but I understand a great time was had by all.

I thoroughly enjoyed the Festival and learnt a lot.  Thanks to Kate Allan whose 'baby' the event was and to everyone else behind the scenes for all their hard work.  I can't imagine how much work must be involved in puttingon an event like this.  The location was beautiful and   I'll leave you with some pictures of the grounds. 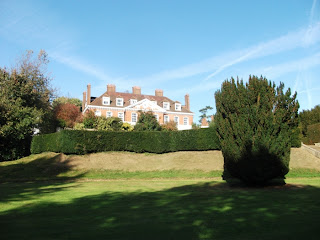 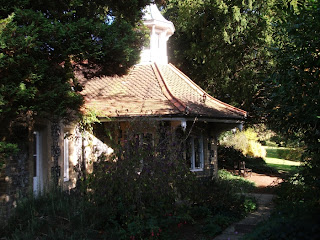 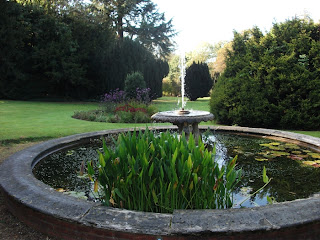 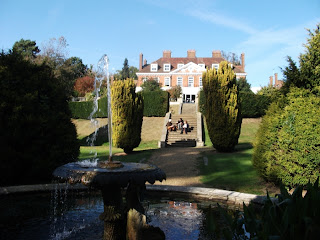 Although the Festival included Paperbacks and hardbacks many of the authors there including myself were electronically published as well and there were some lively discussions about the future of Ebooks. I was pleasantly surprised at how many people had e-Readers.  I certainly feel the future looks good for romance fiction and for books in all formats.

What beautiful pictures, Hywela! It looks a very romantic setting.

Hi Katherne, glad you liked the pictures - you're right, it is a beautiful place and just the right setting for romance book lovers|!

Wow Lyn! I am so glad you had a good time. Too bad you didn't bring any books.
I bet you fit on those panels like a glove. You are so talented and such a good author. And one of these days!!!!
too bad you missed the ball!! They are usually so much fun!

Lyn, dear friend, what a fascinating event! No doubt you made a lasting impression on all and had lots of wonderful advice to offer that was out of this world! The roses and treats really add to the setting.

Hello Mary and Sharon thank you so much for your kind comments dear friends. The Library event was only the 'prelude' to the Festival, I did actually take some books to the Festival itself. Yes, I'd have liked to have gone to the ball, but I'm not really much of a dancer and the funds didn't stretch to the ball as ell, but I I did enjoy the Festival very much and it was great to meet so many new friends and authors in person, who I'd previously only met on line.

Thank you for the lovely report on the Festival. I would loved to have attended - especially after seeing the photos of the venue.

Thanks so much for your comment, glad you liked the photos. I'm so glad I was able to go and will be saving for next year, all being well.

So great all books cover latter and Picture.

The festival was really fun and very informative.