By Karen - October 19, 2011
According to an article in the Daily Mail, a newly-discovered bendy substance called graphene that weighs next to nothing could be used to make 'mobile phones that you roll up and put behind your ear and bendy electronic newspapers that can be folded into tiny squares'

So, feasibly, we won’t need either bulky printed books or ereaders as whole collections of the Britannica Encyclopaedia could be printed on sheet of grapheme, folded up and slipped in your pocket. Just imagine, from this: 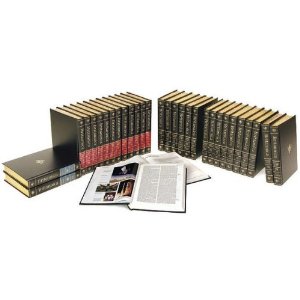 As small as a disc but you don't have to insert it into a computer, you can simply unfold it and read it.

Does this add to the current fear that books – and newspapers and magazines – will disappear forever?

I don't think so. With new technical discoveries happening all the time the electronic world is developing in leaps and bounds but whatever the media, there will always be writers needed for it and I expect we’ll learn to rise to the challenge and adapt to the new media sources. 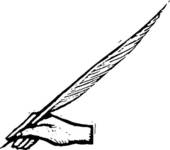 The written word will never disappear, although the form it appears in may change, people will always want to read to be informed or entertained. And someone has to write that material, which is where we writers come in. Our craft will endure even if the way we present it and the public reads it changes.  It might takes us a little time to adapt to writing for these new devices but we’ll get there in the end and wonder what the panic is all about.

As Edward Bulwer-Lytton said ‘the pen is mightier than the sword’.  So, anyone running a course on how to write for bendy books and newspapers?

Dan Holloway said…
Then again Bulwer Lytton also said "it was a dark and stormy night..." :)

This is exciting - I've been burbling about intelligent paper for a few years now (http://agnieszkasshoes.blogspot.com/2009/10/crystal-kindles-what-does-2010-hold-in.html) as a way of ultimately preserving booklikeness best in an electronic age. I'm not sure about the mainstream - I think mobile phones probably have that stitched up - but for fans of comics and other fabulously geeky stuff, this is really promising and incredibly exciting. Thank you for sharing it!
19 October 2011 at 08:34

madwippitt said…
Dan - like Snoopy, I love 'It was a dark and stormy night'! I find it hard to forgive B-L for the rest, but this is perfect ...

As for bendy mini plastic newspapers - where is the fun in that? The best part of Sunday papers (apart from the essential accompanying frothy coffee and muffin) is the fighting over which sections of paper everyone wants, the ruffling and refolding and crumpling of the huge sheets of paper, the tearing out of articles of interest, to the fury of someone who wanted to read a bit on the back: it's not just about the reading, it's the whole papery experience that gives pleasure. In an odd, warped sort of way.
19 October 2011 at 09:22

Dan Holloway said…
yes, I'm not sure about newspapers. But for poetry, comics and weird and wonderful fiction I just love the sound of it - and the idea of Mark Danielewski's House of Leaves in that format is bogglingly exciting. Even something like Murakami - the way he bends time and reality being reflected in strangely folding pages - I'd be on Cloud Atlas 9!
19 October 2011 at 12:27