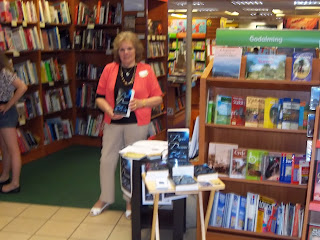 As a writer, do you love the characters in your book, or don’t you care what happens to them?

You have to care for them a great deal, after all you created them, so you must be a just a little concerned about their welfare. Therefore it follows that you should know everything about them. What makes them tick? What are their needs and hopes for the future? What is their financial status, or what sign of the Zodiac were they born under. What do they look like? Are they fat, thin, or just perfect? I always find that when your main character looks into the mirror, it is quite easy to describe what or who they look like. Or you could ask another character to describe them for you. You must know all of these things, in order to make them seem alive to your readers. They can never be just cardboard cut-outs.

Would you send your principal character into danger? Yes, you would probably say, because you and you alone know that you can rescue them whenever you want to: in fact you hold the key to their life and their future. But why make them suffer in the first place? The answer to that one is easy, because it wouldn’t be a very interesting story without conflict of some kind. 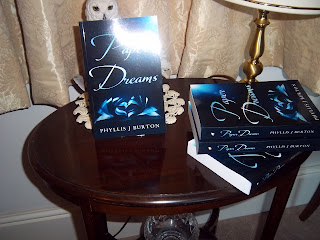 I have been known to lie awake at night worrying about the main character (librarian, Katie Nicholson) in my latest book Paper Dreams. I had placed her in an impossible situation. The poor girl was locked in the attic of a very old and creepy, crumbling mansion and as far as I was concerned, this was the stuff of which nightmares are made. Katie had always been a bit of a dreamer in a “Walter Mittyish” kind of way and I had placed her in an incredibly awkward and positively dangerous situation.

Her protagonist, Harold Hapsworth-Cole, was hoping to inherit the old house, following upon the death of his aunt, elderly owner, and wealthy widow Marjorie Hapsworth-Cole. Katie had found evidence whilst cataloguing books in the house’s old attic, that another possible heir existed! So of course, my evil intentions towards Katie of whom I was supposed to be very fond, had to come out of Harold’s mind. He had entered the old house in secret and hidden in the shadows of the large wooden staircase…and whilst listening to a telephone conversation between Katie and her employer about the letter she’d found in an old book, had plotted to steal the evidence and make sure that she couldn’t escape from her creepy prison.

At this point, I feel like saying…”it’s nothing to do with me Guv!” But of course it had something to do with me and yes, I had found a way of rescuing her. Katie’s involvement in this drama ended up with her being placed in an even more dangerous situation later in the story, but I digress…

Katie had been treated badly by her boyfriend at the beginning of the story. She suffered as we all would at a time like that, so I found her a new love: Stuart Wells. So, I had salved my conscience by giving her a man who adored her…and everyone lived happily ever after.

Well, nearly every one!

Principal female characters in stories seem destined either to be ‘damsels in distress’, or perhaps become the more modern forward looking women, who single-handedly take care of their own lives and futures. I know which ones I prefer to write about, and despite their suffering, my readers can both cry and laugh with them.

A small part of a review I have received on this story ends with the words…"I do love a happy ending." Another recent review in The Self-Publishing Magazine  ended: "The book feels substantial, the cover is attractive and its quality is good. It’s a galloping, very enjoyable read and HIGHLY RECOMMENDED and well worth its price. Matador 9781848767898 (£7.99)."
www.phyllisburton.com