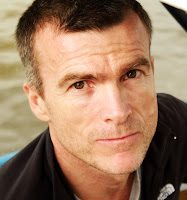 It's August 22nd - or at least it should be if the blogger.com scheduling has done its thing properly and put this up on time.  I'm on holiday - hence the need for the scheduling - and I suspect I'm not alone. In fact, I definitely won't be alone as this is my honeymoon - assuming, once again, that everything has gone to plan.

So it seems like a lousy time for another blog on the business aspects of electric books, or even another one on the creative side of novel writing - it's the holiday and we're all reading, aren't we? But if you're not and it's because you're stuck for ideas, then I'm your white knight: here's a quick tour of some of the summer reading lists - I defy you not to find something here to your taste.

The Richard and Judy Summer Book Club is a good place to start with ten titles. I'm a thriller writer, so the one that jumps out at me is the new Robert Harris novel, The Fear Index - I'm definitely going to give this a look at some point, as I'm a big fan of Mr Harris. I think Lars Kepler's The Hypnotist looks a great read too, so that had better go in my hypothetical summer TBR pile.

There is a very different look to the Goodreads.com Summer book list - and it may be different again by the time you read this as it's not fixed. When I saw it, E.L. James' Fifty Shades of Grey and Suzanne Collins The Hunger Games were battling for the honours with another bestselling dystopian vision, Veronica Roth's Divergent series; along with The Fault in Our Stars by John Green - a weepie on cancer... Some people have a strange taste in beach reading.

The Good Housekeeping list is led by Jennifer Weiner's The Next Best Thing. While the London Evening Standard is struggling to get past 50 Shades of Grey and what it means for feminism (a clue for the click-weary: it probably isn't good). The Indy goes for a top 50 split up by genre - and The Devotion of Suspect X by Keigo Higashino leapt out of the Crime and Thriller section.

From the Publisher's Weekly compilation, Whiplash River by Lou Berney is the one that will be added to my pile - although there's pretty much something for everyone here. Predictably, the Guardian sticks resolutely to its preference for paper (cue weary sigh) with a dig at the eReader in the introduction - and left me thinking 'do these people actually read this stuff on holiday'? Das Kapital by Karl Marx? Really? I didn't know whether to feel guilty and inadequate, or think 'pretentious git' and move on.

And as for me... I'll be armed with my trusty Kindle Touch, so I reserve the right to change my mind at a moment's notice... But my plan is to finally read Suzanne Collins 'The Hunger Games'. The Slate.com critic Stephen Metcalf said this was amongst the best genre writing he'd ever read and I can't think of a better recommendation for a summer read.  But then everyone's different - so is your summer read a guilty pleasure, a torturous weepie, or a serious philosophic slab?

Pauline Fisk said…
Assuming that everything did go to plan, congratulations Chisnells, Mr and Mrs, both of you. Have a great honeymoon!
22 August 2012 at 06:57

The Devotion of Suspect X is also very high up my to read list - it's the book amongst the four to-read piles by my side of the bed that keeps leaping out.

I've been having problems concentrating for a month or so now and am currently loving working my way through the Mark Billingham and Lee Child back catalogues. On my coming next list I have Andres Neuman's Traveller of the Century and Bolano's Savage Detectives. I'm also rereading a lot of Ferlinghetti poetry which is lovely
22 August 2012 at 09:28