AGENCY WOMAN IN THE NORTHERN TIMES by John A. A. Logan

Two years ago, The Northern Times (the weekly newspaper for Sutherland and the North Highlands of Scotland) did a feature article on my then-new novel, The Survival of Thomas Ford’s release, entitled, “The Literary Survival of John Logan”:
http://www.northern-times.co.uk/Features/The-literary-survival-of-John-Logan-17022012.htm

Later in 2012, when I released Storm Damage, the newspaper did another article on that book. 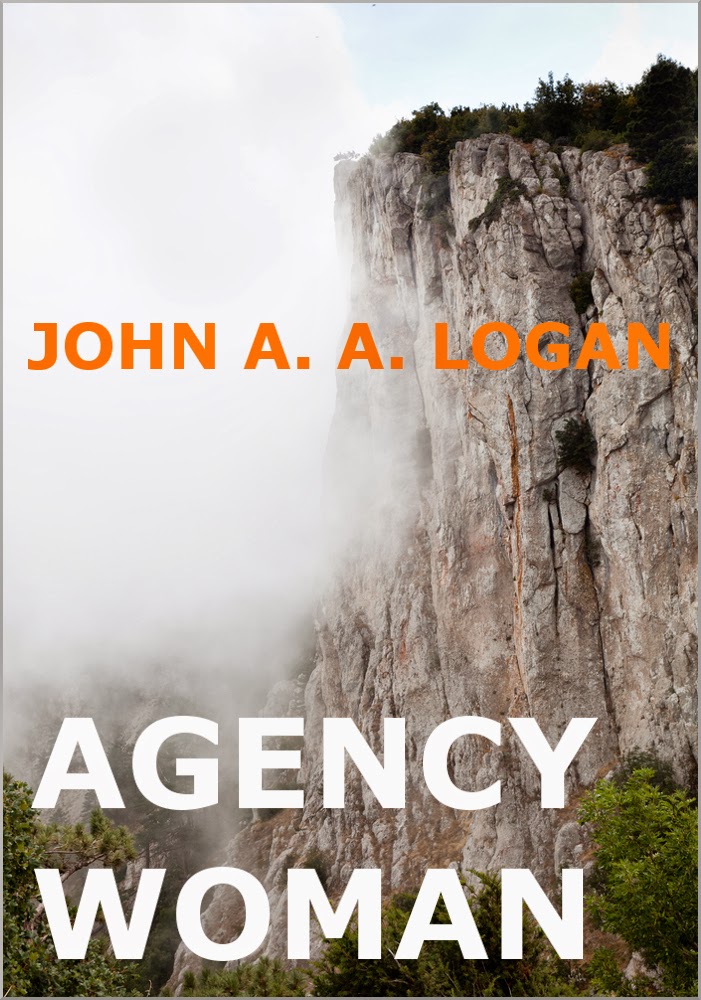 When I released my new novel, Agency Woman, last month, quite a bit of time had gone by since the last book release, so I wondered if they would remember me…

On Friday 28 February, though, The Northern Times ran a feature on Agency Woman’s release in their Arts and Lifestyle/Books section.

Here is the article, reproduced by kind permission of reporter, Caroline McMorran, and The Northern Times:

NORTH author John A A Logan has chosen
the tiny north west Sutherland community
of Achriesgill as the main setting
for his latest thriller Agency Woman.
Logan knows the area well as his late
mum Agnes Logan (nee Ross) was born
and brought up there and he has been a
frequent visitor.
The Inverness-based writer acknowledges
the peaceful rural surroundings are
an unlikely background for a tale of dark
deeds.
He jokes: “It’s probably the first espionage
mystery/thriller set in Achriesgill!”
The book is dedicated to Agnes, who
passed away aged 76 last May. Mother and
son were close, with Logan looking after
Agnes, who was disabled, for a number of
years.
Agency Woman was released on Amazon
Kindle at the start of the month and immediately
soared to number 21 on the
Amazon international mystery and crime
chart. The plot centres around a damaged
man who finds himself drafted back into
a world he thought he had escaped when
the local branch of a powerful international
agency needs a mysterious job done in
the Highlands.
Logan sums it up as “a dark tale of conspiracy,
espionage, murder and terrorism
with an existential edge and the spirit of
Foinaven looming at its centre”.
Inverness is the setting for chapters one
and two, but from chapter three onwards,
the book is set in Achriesgill.
A number of scenes take place on
Foinaven and Oldshoremore beach with
Kinlochbervie and Durness also serving as
settings in other chapters.
An Aberdeen University English honours
graduate, Mr Logan has made writing
his livelihood.
He is the author of five novels and 85
short stories and his work has received
widespread praise from critics.
He has previously spoken of his frustration
at the publishing industry’s increasing
reluctance to publish authors’ work in a
physical form. As a result, his last two novels,
The Survival of Thomas Ford and Storm
Damage were also released on Kindle at
Amazon.
“The books have done quite well worldwide,
with a total of 125,000 downloads,”
he reveals.
Logan still retains strong links with
Achriesgill. His aunt, June Taylor, and
a cousin, Angus Ross, live in the house
in which his mother was born at 105
Achriesgill. Another cousin, Jane Morrison,
lives in Kinlochbervie.
Logan says: “My mum’s brother,
Donnie Ross, who is 78, was a shepherd
at Achriesgill in the 1970s but emigrated
to Montreal. A friend in Achriesgill sends
him copies of The Northern Times every
week.
“My mum’s sister, Morag Matheson,
was a nurse at Achriesgill and also at
Dounreay.”
Logan has fond memories of childhood
holidays spent at Achriesgill.
“I would stay at my Auntie Morag’s cottage
at the foot of Foinaven in the summers,”
he recalls. “My cousins and I would
play together or fish out on the sea and sea
loch in rowing boats, or walk up the side of
Foinaven. We ate salmon nearly every day
and were allowed to stay up until midnight
watching old Dracula films on TV, which I
never forgot!”
The magic Achriesgill holds for Logan is
summed up in a documentary film called
The Crofters, made in 1944.
“My mum is shown in the film, aged six,
walking up the hill from Achriesgill towards
the school – on the way to Kinlochbervie,”
he says.
“The Crofters is a great film and captures
on record the lives of the people of
Achriesgill back then. With all this in my
mind, it was natural that I’d set a novel
there one day.” 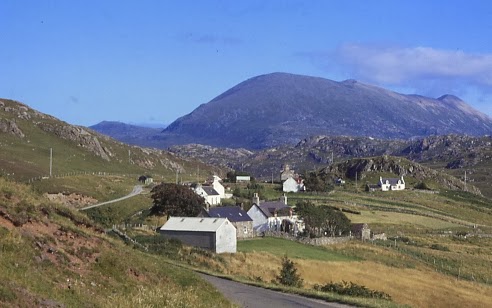 Thanks very much to Caroline McMorran and The Northern Times for kindly giving permission to reproduce the article!

Quite a few people in the north Highlands, where there are relatively few bookshops, must have E-readers/Kindles, because the day the article came out Agency Woman climbed into 3 Top 100 Amazon Bestselling charts simultaneously:

Agency Woman on Amazon US:
http://www.amazon.com/Agency-Woman-John-A-Logan-ebook/dp/B00I6VUFAA/ref=cm_cr_pr_product_top

As the article says, Agency Woman is dedicated to my Mum, who passed away last year. 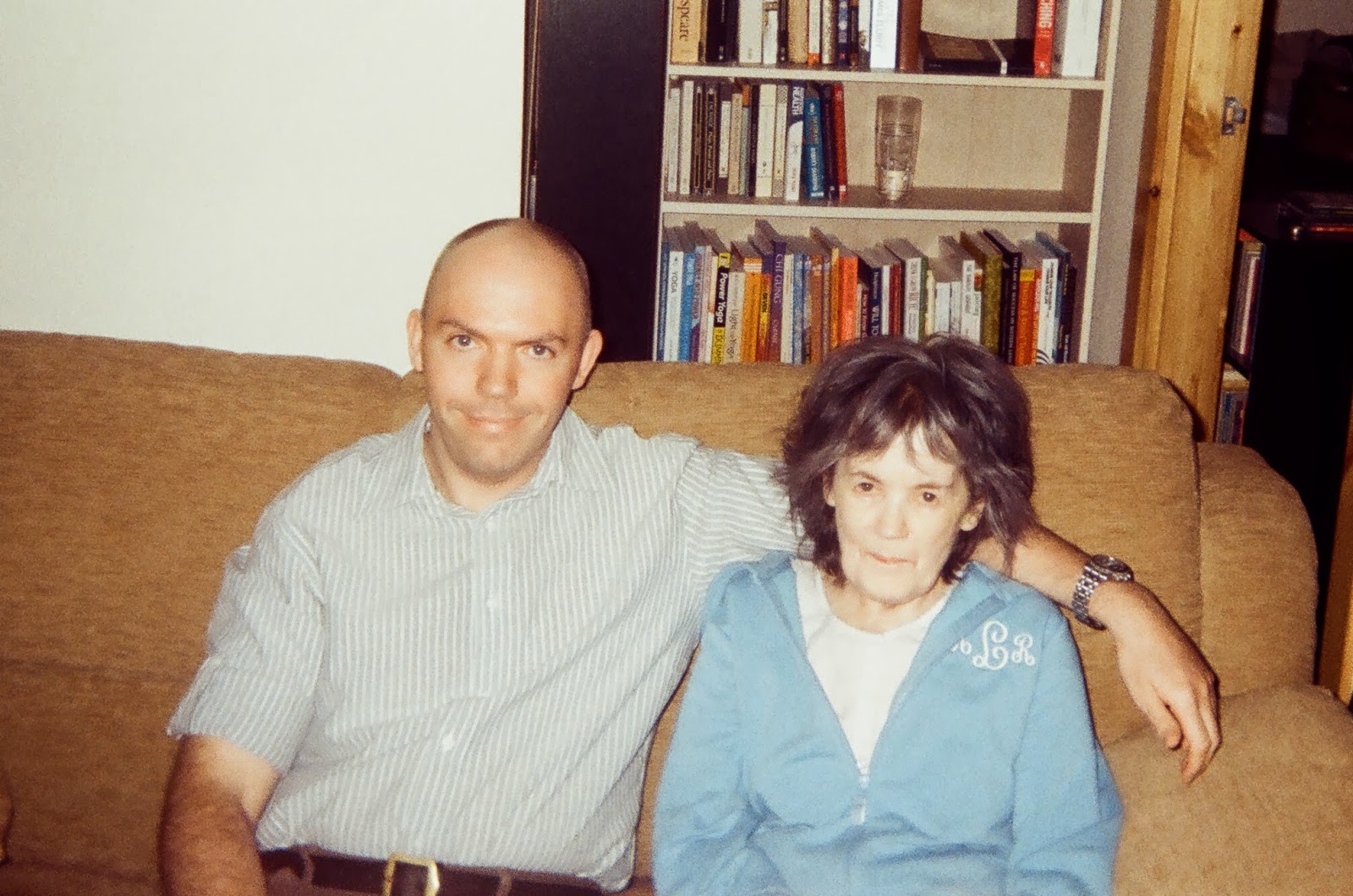 Here is the link to The Crofters, the 1944 documentary film on the village of Achriesgill, where Agency Woman is set and where my Mum was born.
That’s her on screen walking to school, from 4.43-5.00, she’s the shortest/youngest one with black coat and short black hair, grey socks, third from left at the beginning, seen from side later, then from behind (apparently scratching/rubbing her nose while walking along):
http://ssa.nls.uk/film.cfm?fid=0120&search_term=john&search_join_type=AND&search_fuzzy=yes
At 4.52 she turns and looks right into the camera as she passes it.
The Crofters is a fine, energetic film in its own right, capturing well, and artfully, a time, place and spirit now past.

Dennis Hamley said…
What a great article, John. A neat biography and a lovely bio. And a good introduction to a fascinating area which I don't know, apart from two days in Inverness which bring great memories. I'm keeping 'The Crofters' till later.
11 March 2014 at 09:54

Aine said…
With your deep interest in psychology, Dennis, I think you will love Agency Woman. From a philosophical point of view, it is one of the most interesting books I have ever read. Think Kierkegaard; think Dostoyevsky; think Kafka. Then think murder and mayhem.
11 March 2014 at 12:36

julia jones said…
I agree with Dennis - it's a good article about an inspiring subject. I know that one day I too am going to be an Agency Woman fan. Lovely to think of your mum's influence living on in this way, John

Lydia Bennet said…
sounds like another success for you John! good to hear they are so keen on it up there! I wonder how many kindle/e-reader owners there are in remote areas generally.
11 March 2014 at 22:50

John A. A. Logan said…
Thanks Dennis, hope you enjoy The Crofters, and Agency Woman!

John A. A. Logan said…
Thank-you, Julia - (I look forward to you being an Agency Woman fan!)


Thanks, Lydia - yes, it got me thinking about that, too, the practical necessity of an ereader in parts of UK where bookshops are scarce, and even postal delivery unreliable. Then again, it might be hard to get a wi-fi or 3G signal in remote spots, too...not impossible, though, that people have more reading choice in the isolated places than ever before!
12 March 2014 at 01:31