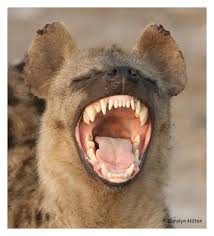 The concept still rings my bells after all these years. Halley's Comet, in 1986, sends a trainload of passengers scream-rolling back in time to 1906 San Francisco--the year of the Great Quake.  And I had some cool tricks to go with it:
1) Also on the train is a new kind of vampire. Austin Blacke looks like the Sundance Kid...but can also transform to a hyena or python--and even change his face. Blacke goes into immediate 'blood shock', desperately needing the blood of his day.
2) Unaware they're being stalked, the passengers face other perils. They're quickly 'made' as strangers  because of their money, clothes and speech. A few adapt clever disguises--including the hero, Dodge Cunningham. As a clone of a mute future clown, he dispels such lethal questions as who's president or mayor with whistles and honks of his horn.
3) Caught strangers are sent to Alcatraz--which becomes Austin Blacke's private blood bank.

So much for the tricks. I also had years of research on Alcatraz and San Francisco in 1906... a Stoker Award for my first novel, The Suiting...

contempt for pop vampire conventions...and the hunger to knock this one out of the park. Plus--talk about What Might Have Beens--one of the world's greatest agents, Richard Curtis, had just taken me on as a client. Richard had just one condition: that I take, make or steal the time to write the novel first. He refused to sell on spec, which might diminish our asking price and compromise the book.

Wise words--but not those a hot writer too full of himself and needing bucks wanted to hear. I broke with Richard, signing on with a young agent who swore to sell the book quickly and make us both some 'nice pocket change'. She kept her word while moving me from hardcover to paperback. Result: fool's money, a deadline I could barely meet...and great ideas and passages trapped inside a compromised book. My ruined dream of old San Francisco.

I chose to do something about that for the 25th Anniversary Edition. Instead of telling you the differences, let me show them by relating the major lessons I've learned since 1991.
1) My original title was right: MonsterTime, which Dell changed to Mastery. They felt the latter better suited Abyss, their new 'high end' horror line. My choice boldly stated the element of horror, while hinting that Time's the real monster. I shouldn't have backed down.
2) Title alone cannot salvage a book. But it can lend extra muscle to writing that expresses the spirit, concept and theme. If the entire team's at play, then the book has a good fighting chance.
3) Not every writer is made to work on deadlines.

Writing all-out while I worked full-time, spending hours on the phone with a frantic editor, faxing pages to New York (groan, 1991)...I nearly had a breakdown--and my poor novel did.
4) There's no need to defend a book's gimmicks--but their justification had better be self-evident. Twenty-five years later, while I still dug the Harpo Marx disguise, I wanted meat on the trick's bones. I'd tried before; now I made clear. My unheroic PI is regarded, at the book's start, with contempt. Though he professes not to care, we see that he actually does. And he breaks from the clown disguise when his cowardice costs someone dearly--changing into a boyhood hero he's betrayed...

Similarly, as I reread the novel, I wanted to know why Blacke chose the hyena and the python as his alter Eeeeee!gos. Could the way to bring him down lie in those very reasons?
5) The very things we knew in our first books may desert us in our next. And the way home is long and hard. The Suiting was a slender book, widely praised for its terseness and speed. But from there on the books grew longer and less tightly wound. Mastery, in particular, suffered from the growing rage for single-sentence paragraphs (a cheap way to bulk up a novel) and verbal elephantiasis. It weighed in at 125,000 words--while the streamlined, clarified version is 8,000 words lighter.
6) In 2015, I can see how--craving attention--I'd started to pander to hardcore horror fans back then. It's hard to take gross-out much farther than a creature with a penis that becomes a twenty-seven-foot python during oral sex. Surely there's no need to mention the number of times a girl's jaw breaks before her head explodes. Less time might be spent too on the hyena's great passion in feeding--snout first through the pooper chute. My goal: to rescue the book's claim to the status of art without selling out the horror. Blacke's epic dingaling remains, but more discreetly rendered. (See? I did not say tastefully.)
7) Finally, over twenty-five years I'd developed a list of my values. Every day, on every page, I ask the same three questions:
--Is it clear?
--Is it quick?
--Is it compelling? 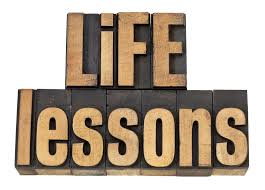 I'm not sure a mere seven lessons are all I should have learned. But I've done the best I could with them. And I'm proud to bring you MonsterTime next month, the novel that I'd hoped to write so unimaginably long ago.

Bill Kirton said…
Reb, you have a way with words and images which ... words fail me. You also know how to sell a book. Your post fits snugly into the recent (accidental) theme here encouraging deletions over padding and I found myself nodding and agreeing with your 'Clear. Quick. Compelling.' mantra. I shall adopt it forthwith.
12 June 2015 at 11:47

glitter noir said…
Thanks, Bill. The CQC mantra, for me, was hard won. But editing decisions are no longer anguishing when I keep those words in mind. I'm glad you've adopted them.
12 June 2015 at 14:34

Lydia Bennet said…
Well there are some rather horrific sounding elements in your description! Good luck with the leaner, fittter new version Reb. yes very on topic, with the series of comments on padding in novels.
12 June 2015 at 18:22

glitter noir said…
Thanks, Val. As for the horror, I haven't eliminated it--but I have followed the Hitchcock/Psycho model and pulled back at the moment of impact. Nothing the average reader can't handle and enjoy...I hope.
13 June 2015 at 02:55