The horror, the horror - computer meltdown, by Elizabeth Kay

By Elizabeth Kay - June 17, 2015
I remember the old days, when I used to write everything in longhand, and then type it up on a manual typewriter with a sheet of carbon paper underneath, sometimes even two, and the Tippex at my elbow. A mistake often meant re-typing the whole of a chapter, and editing was literally a cut-and-paste job, which could get both messy and confusing. You posted something off with your heart in your mouth, as your top copy was the only one worth sending out. The photocopy shop charged by the sheet, and the expense was prohibitive.
Then along came the ZX81, with its little silver strip of printout paper, followed by the Spectrum. And then, suddenly, there were Amstrads and Amigas and a revolution had taken place. Writers had deep philosophical conversations about whether writing straight onto a computer somehow hi-jacked the creative process, and whether our work would be the worse for it. And then along came PCs and Apple Macs, and no one worried about that any more because they were editing heaven – you could keep as many versions as you liked, and print out as many copies as you wanted. And better still, you didn’t have to head off to the library for odd bits of information either. The internet was there at your fingertips, and it was free. Of course, there were a lot more conversations about the accuracy of the information you found, and plagiarism, but we all learned to cope. Not just cope – rely. Rely absolutely on that keyboard and screen, and the touch of a button contact with agent and editor and publisher.

And now it’s gone one step further still, and we publish our books ourselves for all sorts of reasons. The ones I've done from scratch, rather than the ones for which I've been handed back the e-rights are Ice Feathers, and Beware of Men with Moustaches.

Until… the horror, the horror. The screen has gone blank. Have you read E M Forster’s short story, The Machine Stops, published in 1909? Prescient or what? It’s available as an e-book, which is pleasantly ironic. 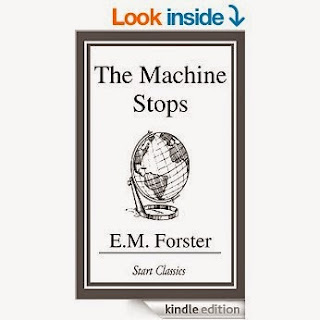 I’ve had two potential disasters over the last two years, which is pretty lousy luck. The first occurred two days before I was due to head off to Rwanda. I had a two-year-old two-in-one desktop, with a 27 inch screen and Windows 7. And yes, the screen just went blank. A workaround with a plug-in monitor revealed that the data was still all there, but the square screen couldn’t properly accommodate what was intended for a wide screen, and it was unreliable and infuriating. Quite apart from which, it shouldn’t happen to an expensive piece of equipment that was only two years old. So off it went to the computer hospital, and off I went on holiday, leaving the whole issue in the hands of a long-suffering friend who was house-sitting. Nice hospital did many tests, and although it initially looked like a virus they came to the conclusion that it was a hardware failure. What followed were series of texts from Rwanda, Uganda and Kenya 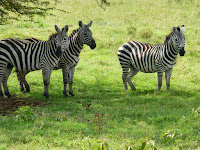 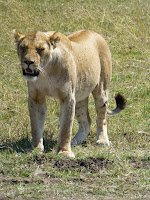 whenever I had a signal, which was infrequent. The upshot was that the computer was declared unfit for purpose, and I was offered a 50% refund, as the shop concerned deducted 50% for two years' wear and tear, and as long as I bought my replacement from them. Not a terribly good deal, but better than nothing. It still took a few days to get the new one on my return and everything back up and running, although I had to have Windows 8, which I loathe.
So imagine the horror when first of all Skype stopped working… then Chrome…then Internet Explorer. It was like watching a set of dominoes toppling. Uninstalling various programs resulted in the computer refusing to boot at all, so off this one went to the nice computer hospital down the road. Windows had corrupted, and it took four days to get things more or less back to normal. We don’t know why – I have good virus protection, and I opted for a swift return rather than a comprehensive analysis of what went wrong. I also have a back-up disc, so I knew my writing was not irretrievably lost although I wasn’t overwhelmingly pleased at the prospect of buying Microsoft Office for a second time. I felt like a headless chicken for those four days, even though I realised I could work on the garden with a clear conscience… 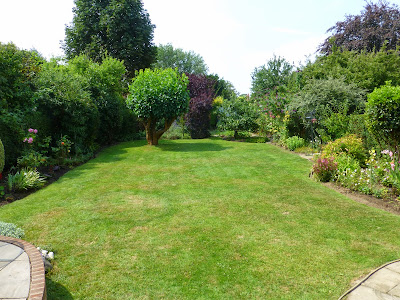 It’s a shock coming to terms with how entwined my life with the computer has become. I haven’t tried writing anything in longhand for a while, so discovering that the arthritis in my wrists wouldn’t let me do more than a few sentences was upsetting. I couldn’t manage my money, claim teaching expenses, check traffic before a journey, upload or access my photos… It’s too fiddly doing that sort of thing on my phone, as all smart phones are designed for people with agile fingers.
Eventually, of course, the nice computer hospital fixed the problem at a very reasonable fee, and re-installed all the programs I thought I’d lost. So here I am again, sitting at the keyboard and feeling whole once more. You don’t have to have an implant in your brain to feel that you’re half human/half machine. It’s a fact of life already.

Umberto Tosi said…
I know the feeling(s), Elizabeth - plus that of knocking an oversized mug of sweetened, well-creamed tea right into the blinking guts of my new computer. It took days to get that one straightened out. Fortunately, I was able to salvage the system. One thing I'll say for my old Underwood typewriter, you could spill just about anything on it and keep right on typing.
17 June 2015 at 10:35

Kathleen Jones said…
Heartfelt fellow feelings, Elizabeth! I used to keep floppy discs of everything in the freezer. I now use cloud computing, so that I can access all my files from any computer, anywhere, having lost all faith in the little machine. I also have a hard drive backup in a friend's house and a flash drive that goes in my bag. Suspicious? Me?
17 June 2015 at 10:40

Nick Green said…
It took me ages to realise this simple truth, but: you shouldn't think of the Cloud as your place to back up. No - the Cloud is to use as your master storage, your first resort. The copy on your PC, that's your backup copy (but you should also have Cloud backups, just in case).

Unknown said…
I've often wondered how Jane Austen managed to write long-hand! I did write my first short story on an electric typewriter but, you're right, it seems that our technical world makes our life easier. But not always. Like you, my computer went blank recently (my MAC!!!) but that was because I dropped a cup of coffee on it. I've learned...By the way I love your pictures.
17 June 2015 at 18:49