Using Objects You Find Around You, by Elizabeth Kay

There have been many times that I’ve needed something for a particular purpose in a book, and when it’s something you can look at, touch, smell or rattle it makes a huge different to the way in which you write about it.
In the third book of the DivideTrilogy, I invented a malign magical object called a jinx box, which was a shape shifter. Once opened, it starts to cause mischief and it manifests itself in many different guises, simultaneously appearing to one person as one thing, and to another person as something else entirely. I did use photographs as well, but they were ones I’d taken myself, so I knew what the original was like. The jinx box first appears as a pitcher plant. When I was in Borneo I saw the largest one of all,Nepenthes rajah, if I remember correctly. As plants go, it’s pretty unpleasant. Most pitcher plants catch insects – I have one in my conservatory, Sarracenia purpurea, which attracts flies. But Nepenthes rajah has been known to prey on rats, mice, lizards, frogs – and, in particular, tree shrews. The shrews need to mark out their territory, providing the plant with nitrogen, but they frequently fall in and drown in over three litres of water and two and a half litres of digestive fluid – and are then, effectively, eaten. When you’re looking for something really  nasty, the natural world has it in abundance. After I described that I used all sorts of other things, from a glasses case and a jewellery box to a bongo drum (the bangihard, from the book). “Wow,” said Rhino, wiping his greasy fingers on his tunic. “A laptop. Fancy bringing that with you.”
“What on earth are you talking about?” said Fuzzy. “It’s a really smooth bangithard, with built-in echo. I’ve been dying to have a go on one.” 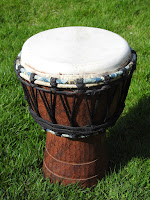 “Your eyesight’s not back to normal yet, Fuzzy,” said Ironclaw. “It’s a maths book from the other world, it has to be. Fermat’s Last Theorem. How exciting.”
“It’s a jinx box,” said Felix.
“Oh,” said Ironclaw, sounding disappointed.
“What a pity,” said Fuzzy.
“What’s a jinx box?” asked Rhino. 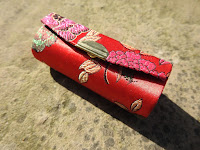 “A storage facility,” said Felix, glancing quickly at Betony. “It was in the brandee’s lamp. It looks like whatever you want it to look like. Except when it’s playing a practical joke. It’s got a sense of humour, apparently.”
“You’re having a laugh,” said Rhino. “It’s a laptop.” He leaned across, slid the catch to one side, and opened it. He did it so quickly that Felix didn’t have time to stop him. 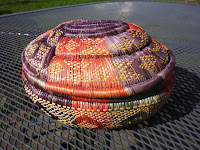 Betony’s hand went to her mouth in an involuntary expression of dismay, and Fuzzy said, “Fangs and talons. That was a pretty craggy thing to do, Rhino.”
“Hi, everyone,” said the jinx box cheerfully. “Nice to meet you all. Don’t shut my lid just yet – I have information each one of you wants, one way and another.”

In Beware of Men with Moustaches, I relied on some extravagant shoes I bought in Ukraine, and in Ice Feathers I used all sorts of things that I had around the house, from walnut bowls to goatskin rugs and wooden salad tongs.

The first cabin she entered took up the full width of the ship, and was full of the most amazingly luxurious things. A bench ran down either side of it, covered with cushions made of fabrics that felt soft and shiny and very smooth, all embroidered with glowing jewel-like colours. The skins of some very strange creatures indeed were neatly folded in a pile in a corner, along with some woven coverlets. There was a table, with a lidded inkwell set right into it, on which were laid some charts. On the walls there were some panels made from the wood of what must have once been immense trees, painted with images of extraordinary creatures that could only have come from the imagination of a madman. She went through a doorway into a narrow corridor. More doors. She opened the first one, and found a sort of storeroom, full of cupboards containing dried fish and flour and nuts and crocks of honey. There were strings of strong-smelling vegetables which she’d never seen before, suspended from the ceiling, and pear-shaped mugs hanging on hooks, made of some beautifully-grained and completely unfamiliar wood. Matching bowls were stacked in yet another cupboard, along with jugs and fancy foreign eating-prongs.

Researching things on the Internet or from books is all very well, but they don’t have the immediacy of an object in front of you, or even a photograph of something you took yourself and remember with senses other than sight. And just a walk around your kitchen can give you all sorts of good ideas – remember Roald Dahl’s story, Lamb to the Slaughter? I wonder when it occurred to him to use a frozen leg of lamb as a murder weapon. The touch of genius, of course, is when he gets the investigating officers to eat it…

Enid Richemont said…
I'd never read that Roald Dahl story, so found it online - shudder! There was a similar plotine in a story I read decades ago, involving murder of a dancer using an icicle, and ever since I've wondered if that could be physically possible.

As for nature, I've always felt that the title: 'Mother Nature' is a disastrous misnomer, and having read about your pitcher plant just confirms that. Where do these doe-eyed 'Mother Nature' people think the Renaissance poisoners got their stuff from? Hardly wicked 'Big Pharm' as it didn't even exist. Amonita Phylloides cocktail with a Deadly Nightshade garnish, anyone?
17 April 2017 at 17:15

Anonymous said…
Brilliant to use a pitcher plant! They are truly sinister things and look wonderfully horrible too. I've only seen tiny ones but I imagine a big one would be very scary. And I love your unreliable jinx box with clearly a wicked sense of humor. For some reason it reminded me of the Magic Pudding, which becomes any kind of pudding people like, and gets very angry when people don't eat enough of him. Thanks for this fun post.
18 April 2017 at 10:19