Of Babies, Cats and Procreation by Bill Kirton

I’m grateful this month to fellow Author Electric, Susan Price. Appalled at the prospect of another electoral opportunity for people to vote for individuals who couldn’t give an eff about them, and policies designed to reinstate our colonial supremacy, I needed a blog topic to lighten the mood. And a fortnight ago, Susan duly obliged in her own blog.  It challenged readers to make sense of a series of overheard conversations or monologues:

·        ‘He won't let me have it, but he can always have his football,’ said one woman with a baby in a pushchair.
·        A man in a pub very publicly ended the relationship with his Jezebel girlfriend.
·        Another man told his mum he didn’t like the cat but acknowledged that it was only ‘doing its job’ and his mum should ‘do what you gotta do’.
·        He used to work in a casino, and complained that there were no pockets in his trousers, so he had nowhere to put his bus fare. He ended the chat by saying ‘Well, they can’t impregnate the cat now’.
·        Finally, two men at a bus stop reminisce over past misdemeanours and one lists how many children he has and the women who helped him create them. 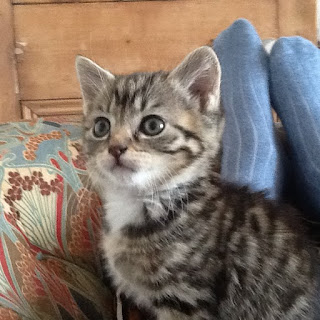 It was an evening with a classic narrative arc. Shardné had at last plucked up courage to tell Darren it was over and that she was seeing someone else. Darren didn’t take it well, first because the thought of her preferring another man was insulting, second because she’d broken off the relationship before he’d had time to. Darren, a born loser, hated losing and, as Shardné was strapping their baby into its pushchair, she put her phone on speaker and enjoyed listening to him yelling about his broken heart, his deep hurt, her treachery. At one point, she tried to interrupt by saying ‘Oh bugger off, you wanker’, but got only as far as ‘Bugger…’ before he yelled ‘Don’t make excuses’ over her words. It made her smile and, as he continued to spout cheap lines from the scripts of several B movies, the smile became a chuckle which, when he screamed ‘You Jezebel’ at her, brought tears to her eyes and sidled into a full, if half-throttled laugh. This provoked more rage from Darren.
‘Tears won’t do any good,’ he hissed. ‘You can beg all you like. We’re finished.’
‘I know,’ shouted Shardné. ‘That’s what I said at the start.’
Darren was momentarily distracted by a spluttering woman sitting at a nearby table, whose whisky had obviously gone down the wrong way. By the time he started speaking again, Shardné had rung off.

On her way to the shops, with Pele wrapped up warm in the pushchair, she rang her BFF, Bernice, to tell her the good news.
‘Yeah, it’s over, Bern,’ she said. ‘I told the wanker.’
‘What did he say?’
‘Just talked crap. I broke his heart apparently.’
‘Good.’
Pele was making happy, gurgling noises and Shardné saw that he’d pulled the buckle off one of his straps. Its edges were sharp, so she reached down to take it away from him.. Like his dad, he flew immediately into a rage and started screaming.
‘What the hell’s that?’ said Bernice.
‘Pele,’ said Shardné. ‘He’s got a sharp thing. He won't let me have it…’
She slid a small, furry black and white ball from a pocket on the chair and held it for Pele to take. He dropped the buckle and grabbed at it.
‘…but he can always have his football,’ said Shardné.
‘Who’s this new chap you’ve got then?’ asked Bernice.
‘Oh he’s completely different from Darren. His name’s Brian but he likes to be called Twokker.’
‘Twokker! You’ve had sex with somebody called Twokker?’
‘Yeah. It was great. Just as well he didn’t tell me his name till after.’

As she spoke, Twokker was on his way to the bus stop when his phone blasted out the opening bars of Phil Collins’ Something Happened on the Way to Heaven. He knew it would be his mother again and she’d persist until he answered so he hit the button.
‘It’s bloody Penelope again,’ said his mother without even waiting for him to say anything.
Penelope was a kitten he’d brought home when he’d read that they helped old people to relax. His mum, however, was only forty-two and was pissed off at having to clean up its mess, shove it off her new Ikea chairs and stop it testing its tiny claws on doors and table legs. In fact, she’d threatened to throw it in the river if it didn’t start behaving itself.
‘What’s it done this time?’ said Twokker.
‘Same as it does all the time.’
‘Well, that’s what it’s for – keeping you busy, just doing its job.’
‘Well don’t be surprised to find it “doing its job” at the bottom of the river.’
‘OK. I don’t like the cat, Mum. Just do what you gotta do.’
He tried to change the subject by asking her for the umpteenth time why she wouldn’t open up the pockets in his trousers. She’d altered them when he’d got the job at the casino because the owners were fed up with croupiers walking out with pocketfuls of chips, but he’d been sacked and she still hadn’t done anything about them. But she hadn’t yet finished with the cat.
‘By the way,’ she said, ‘Burt was here earlier.’
Burt was a neighbour, a lay preacher and father of seven, whose kids were desperate for their cat to give Penelope kittens when she was old enough.
‘So what?’ said Twokker.
‘He said Penelope’s a Tom. That means he’ll stink when he gets older.’
‘Well, they can’t impregnate the cat now,’ said Twokker. ‘Anyway, he’ll soon be at the bottom of the river. Gotta run, the bus is coming. Bye.’
There was no bus but, to his chagrin (not that he knew what that was), he saw his BFF Darren waiting at the stop. Twokker nodded a greeting. Darren returned it. He didn’t yet know about Twokker and Shardné so when, his gut still churning with the anger and passion of it all, he started talking about the break-up, Twokker quickly turned the conversation to Darren’s latest encounter with the Filth, then on to the pride he knew Darren took in his expanding family. So far, he’d sired two with Ethel, one with Shardné, and two with Kayleigh. When the mathematically challenged Twokker, with something like admiration, said ‘Four then’, instead of correcting him, Darren added, ‘and one with Anna’.

(And that’s it. Briefly, the story’s various threads end as follows:
·        A scratch from Penelope becomes infected and mum dies from septicaemia.
·        Penelope survives.
·        Burt’s wife has triplets.
·        Pele grows up to be a referee.
·        Bernice and Shardné set up a website for men who prefer more mature women.
·        Brian drops the ‘Twokker’ when he’s in his fifties.
·        And he and Darren, whose waists by now have reached the wrong side of 44 inches, spend their days still imagining that they’re attractive to women.
·        Finally, at a deeper level, ironic parallels are drawn between Darren’s promiscuity and that of Tom cats and the need for a coordinated policy on enforced sterilisation.)
Posted by Bill Kirton at 00:05

Ah, Bill, Shardonnay is back but I see she now prefers to be called Shardne, or is it the alzheimers creeping up and you can't quite remember the names of your characters. Ah! But I forgot, Authors Electric haven't yet met the characters that were spawned in Writers Scotland. I must resurrect my Hercule Parrot at some stage. Can we have some more of your characters'adventures, please?

A triumph, Bill! - And I so much enjoyed my guest-appearance that coffee came down my nose this time.

Thank you, Bill and Sue for the great big grin I now have on my gloomy-Sunday face! Any more twosomes in the offing? We should be told!

Would make a good sitcom - social commentary a la Stirton

Wonderful, Bill. I'll have to send you a list of baffling tidbits for you to transform into sequel.

I suppose we could start:

Chris, you forgot the accent on Shardné. She gets very upset about that. After the boob job and the final episode of Downton Abbey, her pretensions have escalated. As Jan says, we’re dealing with real life here. She's as sensitive as a thoroughbred llama.

Susan, it was a beautiful , if messy, cameo.

Sandra, I really was stuck for a topic. Susan’s blog was a Godsend.

Mary, I just record the facts.

Fran, social commentary? Shardné would be thrilled to feature.

Reb, your perceptiveness is uncanny. I edited the conversation between Shardné and Bernice to reduce the word count. The full exchange went:
‘Yeah, it’s over, Bern,’ she said. ‘I told the wanker.’
‘What did he say?’
‘Just talked crap. I broke his heart apparently.’
‘Good. Do you always call him a wanker?’
‘Yeah.’
‘Why?’
'He always does it, damn him. He just does it and does it and does it!'

Ah! Bill, I didn't forget the accent, I just couldn't figure out how to do it on Blogger. But I see she's her old prickly self again!