Virtual Reality Versus the Book, by Elizabeth Kay


I nearly always watch the technology programme Click on a Sunday morning, and the episode that dealt with 360˚ cameras really got me thinking. There was a shot of someone strapped into a chair that tilted in every direction, mimicking what was occurring in the presentation where you could look around you, just as though you were turning round or moving your head. This guy’s chair had tipped right forward, and he looked as though he were throwing up. Whatever he was experiencing was all too real. Or was it? 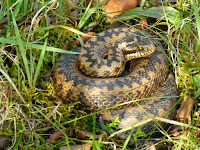 It’s been bothering me for some time, this move to an alternative world. We get our natural history in exotic locations via a screen, edited and selected with its stunning visuals and recorded birdsong and absence of mosquito bites and tummy bugs. There’s nothing to discover – it’s all been done for you, and the sensory experience narrowed to sight and sound alone. A walk in the countryside is so different: binoculars round your neck, the chattering of a squirrel, the smell of grass or cow dung or honeysuckle, the taste of that blackberry you just snaffled, the wind in your face. You don’t know what you’re going to encounter, from an adder basking in the sun to a brightly-coloured toadstool. That insect you saw – what on earth was it? And the smaller the focus of your attention, the more chance you have of discovering something entirely new. There is no substitute for reality, although we’re trying very hard to do it and making a lot of money out of it in the process. 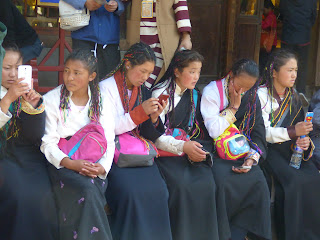 The thing about virtual reality is that it doesn’t really engage the mind, just the adrenaline, and that makes us think the experience is genuine. It isn’t. It’s fake. It’s something dreamed up inside the heads of a team of people – cleaned-up, the boring bits surgically removed, the exciting bits enhanced. The end result is that we don’t care about the world around us any more because it doesn’t match up to the scenarios invented for us in software houses. Kids in the developed world are starting to prefer to sit in their rooms, playing games on their consoles where danger is fabricated for them. Even in China, I saw a group of Tibetan
schoolgirls in ethnic clothing hunched over their smart phones. We live on a crowded planet, where there are no longer any blank spaces on the maps or room for real adventure. We are poor guardians of our heritage.

If I could, I’d make every child do a bit of beach-combing. Shells are amazing, they’re all different, and you never know what else might wash up, from a bright red jellyfish to a piece of coral or even a fossil. Closer to home, a trip to the common with a bug box and a hand lens can be a real adventure, with spiders using all sorts of weird strategies to catch their prey and spiderlings hatching in great clusters and heading off into the unknown on a thread of silk. And just like arachnids, we too still have the urge to hunt – as well as the gathering instinct. If you’ve ever collected blackberries or cobnuts you’ll know how surprisingly satisfying it can be. These days, we find ways to channel those instincts elsewhere. The poem below was first published in Manifold Magazine which, sadly, is no longer running due to the death of its extraordinary creator, Vera Rich. For those who are interested, the form is a Russian one and the recipe for writing one can be found here:

Hunting is something we do, it is hard-wired -
Shopping’s replaced all that cut-and-thrust goo;
Bargains, not mammoths, are what get our hearts fired - 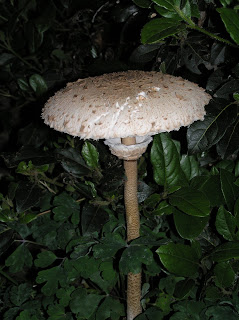 Hunting is something we do.

Edible toadstools our quarry - what rapture -
Autumn’s the season to try.

Don’t need a spear or a bow and an arrow,
Just have to focus your eyes on below;

Chanterelles, parasols, there by the barrow
Don’t need a spear or a bow.

So why are books different from virtual reality? I think it’s because you have to work at it, you have to create the pictures yourself, from the clues given to you by the author – and every Mr Darcy is slightly different. Unless you’ve seen the film, of course, when he’s fixed forever as Colin Firth emerging from a lake.
Three cheers for the book, whether in print or on your E-reader, because it’s through the effort of visualising what an author has written down that it becomes memorable. Recalling a tv programme is something you tend to do visually, but in a book it’s the words themselves that linger in the mind, and may make you think in a new way about something many years later. Although you can pause tv these days we don’t tend to do it to stop and think about what we’ve just seen, we do it because we haven’t seen or heard something clearly enough. With a book, you pause because you want to think about what you’ve just read and consider its relevance in your own life.

Wendy H. Jones said…
Technology is great but it can go a bit far. Kids need balance with the real world and technology in hot emix. Also books. They definitely need books
17 May 2017 at 09:14

Bob Newman said…
Yes, the pictures are always better on the radio.
Only a pedant like me would point out that the verse form is not Russian, but Belarusian. (But then, it's a page of my website that Liz is linking to!)
18 May 2017 at 17:03

Enid Richemont said…
To Bob Newman - I ADORE pedants, because I learn so many obscure but wonderful details from them. Oh, and the best pictures are always those inside your head which are activated by words.
18 May 2017 at 17:37