As a (new) writer of historical fiction I’ve taken a particular interest in this year’s Sir Walter Scott Prize and set myself the task of reading the shortlist. I haven’t quite got to the end, but knowing the winner is Ben Myers with The Gallows Pole, here are a few thoughts after four (out of six) very different reads.

I came across Jane Harris’ Sugar Money soon after a trip to the Caribbean so was particularly interested in this 18th century Grenadan adventure story, then progressed to the newly announced winner (a very different 18th Century Yorkshire) before I got to Rachel Malik’s Miss Boston and Miss Hargreaves and most recently Manhattan Beach, by Jennifer Egan. As it happens the second two are both 20th Century so it seems reasonable to pair them by period. 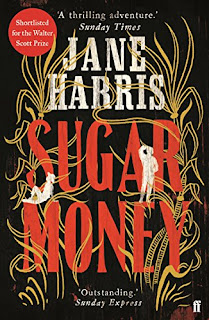 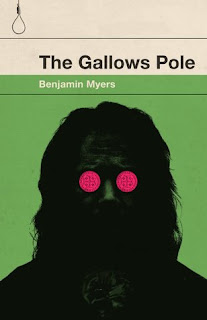 Despite differences of geography and style, there are similarities between the two ‘earlier’ titles (and they get a slightly longer review in this blog post)  Both use a form of vernacular for at least some of the narrative and I preferred the creole patois (a fascinating linguistic confection to which I assimilated surprisingly quickly), to the more prosaic transcription of dialect for David Hartley’s character. Both also aspire to a basis in historical fact – which I suspect to be authentic on the case of the Gallows Pole and perhaps not so in Sugar Money. Whichever is the case I’m not sure why current historical fiction has to give us this basis in documentation (Mann Booker-nominated His Bloody Project a case in point) when I’m quite happy to read fiction as fiction!These are both highly original books with elements in each that I loved or could have done without, but I can see that Gallows Pole, with its dark intensity and closeness to the landscape has a bit more literary clout than Sugar Money (which Harris says owes its allegiance to the adventure stories of R.L. Stevenson) though I’m not sure it doesn’t score just as highly on sheer readability. 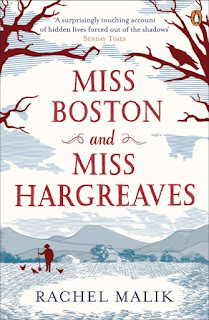 Of the other two books, I again liked both in different ways. Miss Boston and Miss Hargreaves is a quietly engaging book about two women living on the land in the aftermath of WW2, apparently minding their own business until their peace is broken by a newcomer and a murder trial ensues.

I’ve just discovered that although this is told as straight fiction, the book is based on the author’s family history and this is her attempt to weave known facts into a narrative. This may explain why a lot of what may have happened between these women is left unsaid.
I liked it very much but perhaps its quietude and oblique approach worked against it in the final analysis. 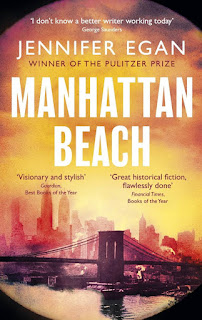 is different again. The opening scenes give us a child’s eye view of things 11 year-old Anna does not understand in her father’s (and her own) day to day life in New York of the early 1940s. We go on to meet gangland bosses and shipyard workers, divers and seamen who all play some part in World War Two while working out their own paths in life. The character of Dexter Styles, whose relationships involve old money and new, is mesmerising and when he leaves the scene the book looses a momentum that isn’t replaced. But this is still a great book on a wide canvas and all in third person, which makes it a great foil to the more intimate narratives of the previous contenders. Without having read the remaining ‘shortlistees’, I think this one is at the top of my list so far.

So I still have two to read; Grace by Paul Lynch and The Wardrobe Mistress by Patrick McGrath. But it seems to me that even within one genre there is such diversity that deciding on the winner must be horrendously difficult.

Here’s part of the judges' statement.

‘Judging this prize is always tough, and our 2018 shortlist was such a cornucopia of different styles, themes and historical episodes that we had our first ever hung jury and secret ballot. …. In the end, our final choice was between delicate porcelain and earthy clay, and clay triumphed."

Miss Boston and Miss Hargreaves could be the porcelain and Gallows Pole most certainly the clay. But where does that leave the others?  Sugar Money is strong rum I suppose; , with its great tapestry of war-time , much more sustaining than any cocktail. 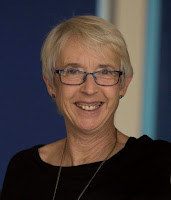 Ali Bacon's historical novel In the Blink of an Eye is set in Victorian Edinburgh. A fictional biography of artist and photographer David Octavius Hill, it tells his story through the eyes of those who knew or sat for him and has been described by reviewers as 'elegant and fascinating' and 'beautiful, accomplished and profoundly moving'. 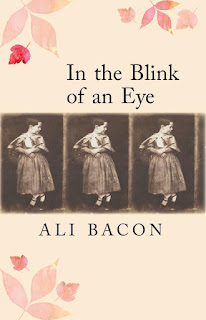 Available in ebook or paperback from Linen Press.

Katherine Roberts said…
Love the cover of Sugar Money... and your 'strong rum' description! Maybe we should find a foodie flavour for all of our books?

I'm never quite sure how to describe mine, but Karla Brading's The Inn of Waving Shadows could be 'dark chocolate eyeball'... in a Trick and Treat bag, naturally.
22 October 2018 at 19:09