We have reached the halfway point of my Self-Publishing Countdown. It being October 23, we are also about a week away from Halloween, so it seems appropriate this month to look at a self-published Lovecraftian horror novel.

5. Dancer in the Dark by Thomas E. Fuller and Brad Strickland 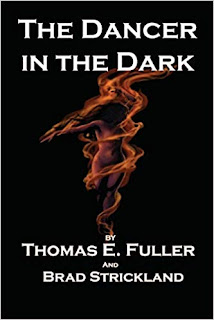 I love H. P. Lovecraft. I know he can be a problematic writer in many respects. His writing can be unapologetically racist in places (his descriptions of the Red Hook neighborhood of Brooklyn prove particularly offensive). His characters are often one-dimensional, and his diction often proves overly dense for a casual reader.

Despite this, Lovecraft's stories of unimaginably ancient beings whose motives are so inscrutable to mere mortals that we must either go mad or perish in the face of the unassailable knowledge that we are less than nothing in the universal scheme of things are so much more horrifying to me than a simple ghost story of unrequited love or tales of the walking dead shambling across a post-apocalyptic landscape.

The Dancer in the Dark is a near-perfect example of Lovecraftian, cosmic horror done well. Fuller and Strickland manage to make Lovecraft work for a modern audience. The hero of this novel is no young and fit adventurer taking on cosmic horrors with both fists and a flamethrower. In true Lovecraftian fashion, our protagonist is an elderly academic, Dr. Cletus Tremaine professor emeritus of Miskatonic University's archaeology department, who is called down to the rural North Georgia mountains to investigate a mystery surrounding some pre-historic Indian burial mounds.

In many respects the story reminds me of Lovecraft's "The Dunwich Horror," centering as it does around someone's attempts to bring forth an ancient evil to reshape the world. However, this novel is more than simply a retelling in a different geographical setting. In Fuller and Strickland's hands, this story manages to take some problematic aspects of Lovecraft's fiction and make them work: Tremaine is not, for example, a one-dimensional esoterica-spouting academic. He is an aging man who, as he investigates the central mystery of the story, still struggles with the grief of losing his wife six years ago and tries to repair his strained relationship with his nephew, a fellow archaeologist and head of the team investigating the mounds.

The authors also avoid falling into the ethnic and regional stereotypes Lovecraft is so often guilty of while still presenting a fair depiction of the regional differences between the New England protagonist and the Southern denizens of Blankenship, Georgia. Sheriff John Bell Hood Conklin, for instance, could easily descend into the all-too-familiar caricature of Crooked Southern Sheriff (think Jackie Gleason's Sheriff Buford T. Justice from Smokey and the Bandit). 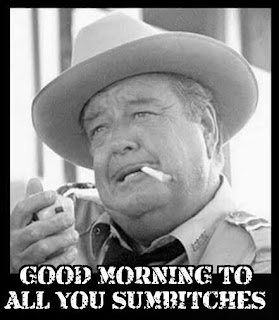 Instead, the authors set you up to expect that depiction before presenting a sympathetic, honest cop stuck between equally compelling sides in his desire to investigate a series of murders with seemingly no logical solution.

Their women characters, too, come across as independent and driven without contradicting the mores of the 1920's setting of the novel. Of particular note is Elizabeth Garrett, reporter for the Atlanta Constitution, who hopes her reporting of the mounds story will help her move from the society page to more prestigious assignments.

The treatment of race is also noteworthy here. Where Lovecraft often falls into easy reliance on negative stereotypes, Fuller and Strickland rarely if ever mention a character's race directly (unless, as in the case of the Cherokee Indian John MacIntosh, it is important to the development of the plot). Their African American characters for instance are distinguished more through context than through any direct mention of ethnicity. This is done, too, without whitewashing or ignoring the problematic racial relationships of the early Twentieth-Century American South. Tremaine's apology for his carpet bag to a rail porter provides a mildly humorous example of this.

However, the novel is worth reading for more than the fully developed characters. Where Lovecraft often becomes bogged down in his own narrative voice and heavy-handed attempts (especially in his earlier work) to build suspense, this story is perfectly paced, very much like a Hitchcock film: the tale moves forward in increments gradually piling on details and picking up steam until the climax brings all the threads together. Also of note is the denouement, where so many modern novels end almost immediately after the resolution of the climax, Fuller and Strickland allow the story time to unwind and reach a natural equilibrium before drawing the narrative to a satisfactory close.

Thomas E. Fuller and Brad Strickland's The Dancer in the Dark is well worth your time. In addition to being a near perfect example of cosmic horror, it is also a well-crafted, perfectly paced supernatural mystery with a satisfying conclusion. Give it a shot; you won't be disappointed. While you read, see if you can’t find the ingeniously subtle reference to Raiders of the Lost Ark.


Note: Don't let my critique of Lovecraft's shortcomings fool you. His strengths far outweigh his weaknesses. If you've not read him, give him a try. His work, too, first appeared as self-published collections. (Arkham House Publishing was originally specifically set up by his friends August Derleth and David Wandrei to publish his works in book form after his death). If you’re looking for a place to start, I have recently published a pretty good (if I say so myself) introduction to Lovecraft's work through McFarland Publishing.

But ... does it have those essential ingredients - hideously squamous individuals gibbering under a gibbous moon? :-D

Madwippit, perhaps the only drawback to the book is that the word "squamous" is never used.

Jan: Let me know what you think.