Crossed Wires - my struggles with the telephone (Cecilia Peartree)

By Cecilia Peartree - August 05, 2019
The telephone is a brilliant invention, of course, not to mention the infrastructure around it that has led to the development of various other means of communication such as the intranet. It's hard to imagine not being able to ring the doctor or the vet in case of emergency, or to use a mobile phone to establish where someone is in a crowded or strange place. As a family we have often used mobile technology at Alton Towers theme park to establish that someone is still in the queue for Nemesis or some other ride unsuitable for people with blood pressure of any kind. 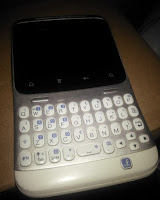 I try not to use the phone if I can avoid it these days, having had various bad experiences with it over the years. More bad news than good news has tended to arrive by phone, particularly as all the other members of my birth family have died unexpectedly and often in odd places. I can recall exactly where I was when the news of each of their deaths reached me: standing in the hallway of my shared flat in Swiss Cottage, in London and listening to my distraught mother breaking the news of my father's sudden death on the golf course; sitting at my desk at work and hearing a police officer telling me my mother had been found dead after a fall in her house; standing in my kitchen in the house I live in now, and hearing on the crackly line all the way from Colorado that my brother had just died in a friend's house.

I can remember years and years ago hearing my father speaking on the phone after getting this kind of news, usually about one of his many cousins. He had a special tone of voice for this and he always just said 'I'm sorry to hear that' and everyone thought, oh no not another one.

On a less sombre note, a few years ago I was almost constantly plagued by what I usually refer to as 'junk calls' from finance companies after I had taken out a loan. I made the mistake of buying a new phone with an answering machine built into it, but this resulted in a lot of blank messages, and I usually managed to delete any real ones while getting rid of the rubbish ones.
After a while I think there was a bit more regulation by the government and the calls tailed off a lot. 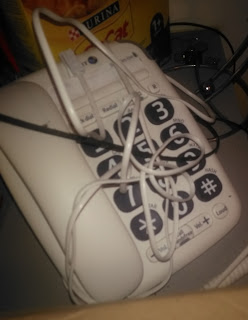 More recently, the phone with the answering machine began to behave unpredictably - sometimes the answering machine would cut in even if you picked up the receiver , but it didn't actually record any of the messages any more - and eventually it became clear even to me that it had to be replaced. I made another mistake, which was to buy a new phone with huge buttons and a voice amplifying facility, which I thought would be useful as I got older and older. The first one I bought was faulty - it received incoming calls but the buttons didn't work so you couldn't dial out, so I returned it and re-ordered the same model, on the 'lightning doesn't strike twice' principle. It took a bit longer to work out that this one was faulty too. You could dial out, and receive calls, both of which were improvements, but the person at the other end didn't seem to hear anyone speaking. Then I found a really old basic, boring phone during a bout of de-cluttering.. It had been buried in a pile of random stuff for years, but we plugged it in and it still seems to work It isn't old enough to be an antique, only about twenty to thirty years old I suppose. 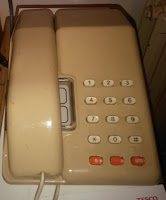 I shouldn't even get started on my issues with mobile phones but I will anyway. What could be worse than being at people's beck and call constantly, interrupted late in the evening after all civilised people have retired for the night, expected to answer the phone no matter what you're in the middle of, such as crossing the road in some cases, keeping it charged up all the time just in case somebody wants you for something? I will end on that rhetorical note.
death technology telephones

Umberto Tosi said…
I concur heartily with your well worded antiphone screed. Progress has added feature after feature to our so-called "smart" phone until now my device runs out of my control. Everytime I touch it or breathe to nearby, it does something I didn't intend, that I have to scramble to bring under control. Yes. I can do video calls with far flung family members, but I feel like I have to hold the phone with tongs, lest it run wild putting strange stickers on faces and shifting into other apps. I miss my flip phone. I even miss my old dial phone. Ha ha... but there is no going back.
5 August 2019 at 16:32

Susan Price said…
You give most of the reasons why I went back to the simplest mobile I could find, Umberto. Well, that and the fact that every time I went on a day out with my partner, my latest phone seemed to end up in a river.
5 August 2019 at 16:45