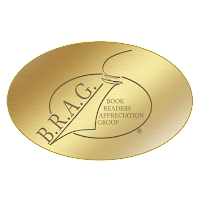 On the surface, this will seem to be blatant marketing, but it isn’t. Honest. As I’ve probably said before, my marketing skills are as finely developed as my belly-dancing (which I’ve never tried). No, this has been triggered by the discovery of some notes I made (intended for a blog) before beginning to write The Likeness. The latter now exists, has been well reviewed and won a couple of awards, but when I wrote what follows it was a dull gleam in my eye. The notes, (suitably tarted up to make them easier to read), ran as follows: 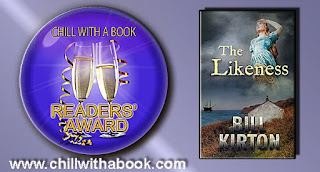 ‘I’ve been researching various aspects of life in 1841-2 to fill in details of the lives my characters lived. The cogitations have so far produced four main threads to the narrative. Since it’s a sequel to The Figurehead, it’ll naturally be concerned with the making of ships and all the carvings that involves, so the setting for the action is Aberdeen harbour and the business that goes on there.

‘The first thread is part of that business, too, because the central female character (Helen) is strong-willed and refuses to fit her mid-Victorian stereotype. Her father is a highly successful ship-owning merchant and, as his only child, she wants to learn more and to help him with his transatlantic trade. First, though, she has to persuade him that her involvement is a good idea.

‘The second thread is one which will contrast very strongly with these commercial pursuits and with the fairly settled life of the tradesmen who build and fit out the vessels which make Aberdeen such a thriving place. It involves a troupe of actors presenting some plays at the Theatre Royal, Aberdeen. Acting in the middle of the 19th century was a larger than life business – all colour, exaggeration, artificiality and passion. The most popular form (aside from Shakespeare) was melodrama and, from about 1830, nautical melodramas were all the rage. That seems too good an opportunity to miss. I can put people who, every night, strut about pretending they’re involved in the hazards and drama of shipboard adventures in front of an audience of people who know what it is to sail to the whaling grounds in winter and thrash to and fro across the Atlantic. Also, if I throw into this staid, provincial society some beautiful actors (male and female) who have access to great chat-up lines stolen from plays, heads may be turned, jealousies may ferment and mayhem could ensue.

‘The third thread also involves Helen. It’s the love story which began to grow in (and tried to take over) The Figurehead and it needs to be properly resolved now. (As an aside, and in apparent contradiction of my promise not to do any blatant marketing', the book has now been published and reviewed, and one reviewer suggested that "Bill Kirton has shaped one of the finest character portraits of a woman that this reader has read"). (Thank you, sir or madame.)

‘All that remains is to fill in details of the fourth thread which, because I’m supposed to write crime novels, has to be a murder (or several if need be). But the strange thing here is that, while I can envisage some of the exchanges that’ll take place between the characters and some of the conflicts and stresses they’ll feel, I don’t yet have an idea of the nature of the crime, its victim or its perpetrator. I know the type of person who’ll commit it but as yet he/she doesn’t exist as an individual.

‘I’ve never entertained thoughts such as this about any of my previous novels and I’m not sure whether they evolved in the same way at all. This time, though, I’m trying to write the thing and, at the same time, observe the processes involved in doing so. It’s probably just a good displacement activity.’

And that’s it. It was an unfamiliar way of approaching a novel for me and it’s interesting to read because I now know how the various threads did or didn’t work out. But I don’t think I’ll ever try it again because it tends to commit me to a course of action which may lead nowhere or to a very different story. It also fails to allow for something which occurred to me very strongly when I eventually started the writing (and which I already knew, of course), i.e. that when you set characters in motion, they have their own ideas about the game and your best-laid plans gang aft agley.

Even when I'm writing a short story my characters take me off in a different direction to what I had planned for them. I hate to imagine where they'd lead me in a full length novel.

Thanks, Lynne. In fact, I find this aspect of the business even more fascinating when co-writing stories with a Canadian friend. Then, the characters sometimes aren't even mine, but ones already at least partly formed in the text which I have to continue. And even if they are mine to start with, what my co-author does with them may take them in unexpected directions.

I can so relate to being impaled on the hornes of the writer's dilemma about keeping a work on target and giving one's work the creative license essential to its coming to life. I'm forever dithering between the directives to "kill your darlings" and "let your characters lead you." I tend to indulge my characters more often than not, but then find I must pay the price of sorting it all out if I can after the party is over.

I've just written a detailed plan for a non-fic book (plan-writing not my choice, required to do so) then, when I was finally finished I felt as if I'd completed the entire volume. Completely lost motivation to do anything more. Must have sense of adventure.... I can see your level of working out being okay however, much of is still aspiration - you have these characters, HOW are they goingto relate to each other. And it DID work, so QED. (Think I will just go bury my plan.)

Oh yes, Bill! I have more unfinished versions than I care to count of a story I can't unravel because my main character is mute and remains stubbornly so although it makes the whole damned thing almost impossible. Maybe a plan would have helped? I just gave him his head...

Thanks for this, Bill. I make it a rule never to talk about an unfinished project.

Thanks, all. It's reassuring to know that it's not just my fictional people who are what we call in Scotland 'thrawn' (pronounced 'thrahn').