A couple of months ago I set out to do a grammar grouse blog, but Jacob Rees-Mogg got in the way (let’s face it, he does that, a lot). So now, in the dark days of November, it seems a good moment to try again… and this time it’s Jeremy Vine who’s got me going. Not because I disagree with him. On the contrary, he put out a tweet recently that was music to my ears (or eyes? Eek, that doesn’t work either), all about our dear old friend, the apostrophe:

Grammar question. I have friends whose surname is Hobbs. I went to a function celebrating their anniversary. I have just emailed a friend I ran into there, and said it was "great to see you again at the Hobbses' party." Am I exactly correct in the way I wrote their surname?

YES, I replied, yes yes yes. Scrolling down, I realised I was pretty much the only one out of hundreds of replies. Everyone else was absolutely certain it should be the Hobbs’ or the Hobb’s party. So a party given either by a couple called Mr and Mrs Hobb, or a thing/person called a Hobb (short for a hobbit? Yes that, was suggested too).

I know, I should get out more. So perhaps should Jeremy Vine. That way perhaps we’d both be better at Keeping up with the Joneses. Oh sorry, should that be, Keeping Up with the Jones? What is a Jone, then? If we don’t allow names ending in ‘s’ to have their own plural form, the meaning isn’t clear. The same goes for the possessive apostrophe, whether singular or plural; its function is to show that something either belongs to somebody, or is named after them. People in Britain have had no trouble understanding this for the last few centuries; now, apparently, we can't cope anymore and councils all over the country have done away with the apostrophe altogether. Five years ago, the ire of local residents armed with marker pens forced Cambridge City Council to cave in over its decision to abolish apostrophes from street signs. (It was thought that apostrophes can confuse emergency services – a calumny hotly denied by the emergency services themselves. Just because you’re a police/fire officer or paramedic doesn’t mean you didn’t go to school.) 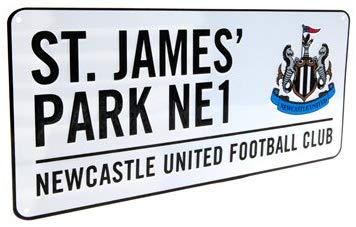 Grammar and the use of English change over the years, I know. But speech patterns don’t. Have you tried saying, ‘this is Jane Morris book’? Or ‘the Harris are coming to tea’? You can’t. The person you’re talking to will hear ‘this is Jane Morey’s book’ and ‘the Harrys (Prince and Potter?) are coming to tea.’ So why have one rule for the spoken word – which at least makes the meaning clear – and a different one for when the word is written down?

Alas, judging by these signs, the battle is pretty much lost, except for the odd London underground station still holding strong.

And I bet everyone going for treatment at one of London's most famous hospitals will refer to it as St Thomas's, whatever it may call itself. 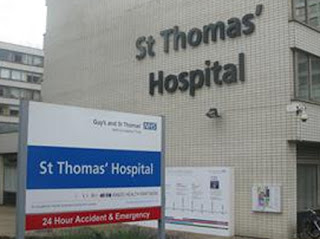 Right, that was arguably my most nerdish post ever. Still, if you think I’m overreacting, here’s a glorious recent tweet from that Giant of the Twittery and Literary world, Philip Ardagh, replying to a sentence that read, 'Anyone else keep seeing a dog stood by the bush outside the tent? #GBBO’:

‘A dog STOOD’? ‘STOOD’?! It should be: ‘Anyone else keep seeing a dog STANDING by the bush…’ you bunch of halfwits. You should be HORSE-WHIPPED, I say. HORSEWHIPPED. Sob.’

Wildly out of proportion but Philip, I know what you mean.

Ann Turnbull said…
Totally agree, Griselda. I hate that use of 'stood'. The other horrors were things I had not yet come across. However, I frequently become irate while listening to the radio in the mornings. My husband sighs and rolls his eyes at me, and I'm forced to conclude that these things just don't bother most people.
1 November 2019 at 11:36

Umberto Tosi said…
I'm all for saving birds, bees, the Amazon rainforests and apostrophes! On top of everything else, lots of Website search windows won't accept terms with them and other punctuations, furthering their decimation by promoting bad habits. Thanks for an entertaining, learned post!
1 November 2019 at 14:27

Bill Kirton said…
Oh Griselda, the various responses you triggered in me! I won't do them justice but I must mention them:
1. Jeremy Vine isn't worth a fraction of the money they pay him. Every evening his crass, inept chairing of Eggheads has my wife and I yelling imprecations which are totally inappropriate in a respectable middle-class household.
2. It seems to (probably misguided) moi that 'Hobbses'' is probably an attempt to convey a purely aural version of the written construction 'Hobbs's'. They're called Hobbs, not Hobbse.
3. And your final words compel me to remind everyone of one of the many famous quips we owe to Groucho Marx: 'You scoundrel! I'd horsewhip you if I had a horse'.

Cecilia Peartree said…
I've come across this problem in many different guises after naming one of my sons 'James'. Some of the other kids at his primary school were convinced that his actual name was Jameses, which does sound a bit like something Gollum would say. I wouldn't usually add an extra 'e' but would write James's as the possessive.
(By the way he and his wife have called their son 'Harris' and it didn't strike me until reading this post that they might have the same sort of problem!)
3 November 2019 at 12:02

Griselda Heppel said…
Ha ha thanks all! Much food for thought and chortling here. The English language is even fuller of pitfalls than I realised. And any opportunity to bring In the glorious Groucho Marx is a joy.
7 November 2019 at 09:33