The curse of Rob, Kevin and the rest by Bill Kirton


I have a dilemma. I’ve got just one point I want to make with this blog, but keeping your attention and managing to persuade you to my point of view will rely on me identifying and somehow reflecting the sort of entertainment you prefer. So all I can do is choose a couple of typical scenarios and hope that you identify with at least one of them. 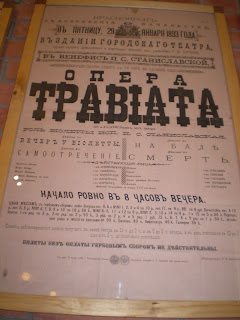 First, let’s assume you favour La Scala. At last you’ve made it for the season opener, December 7th. That unseemly row between Carlo Fontana and Riccardo Muti is years in the past and tonight, it’s one of your favourites: Verdi, La Traviata. OK, the seats have cost umpteen hundred euros each but, with Angela Gheorghiu and Juan Diego Florez performing, you’d have gladly paid twice as much. The lights and the applause for the conductor die down, those long, sad opening chords begin and you settle back, a smile on your face, anticipating a few hours of unadulterated pleasure.

But then, just as the tempo changes and the strings lift into that familiar opening melody, two men behind you start to chat.

‘Well, Rob, here we go then. The building may have opened in 1778, but I doubt whether it’s seen a starrier line-up than this one.’
‘True, Kevin. Von Karajan was here in July doing the Requiem, and the punters are always going on about Solti’s recordings at Covent Garden, but this’ll be a cracker.’
‘That second violin left the Berlin Philharmonic to come here.’
‘Good move.’
‘Yes. People say it was for the money, but I don’t buy that. She just wants to play with the best. Simple as that.’
‘Right.’

And so it goes on, throughout the performance. You can’t stop them, they’re constantly making comparisons with past evenings, other opera houses and remarking on tempi, the crispness of the pizzicatos, the embonpoint of some of the chorus and the evident degeneration in quality of some of the voices of the older ones. 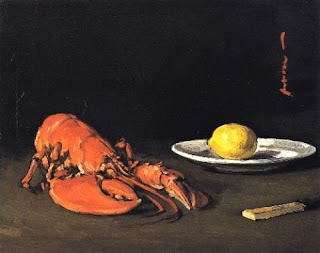 Or maybe you’ve made it to Edinburgh to see that exhibition of the Scottish Colourists that’s had such rave reviews. You walk into the main gallery and there are those Peploes: the apples and jug, the lobster that you’ve seen so often in catalogues and online but never in the flesh. And you let your eyes wander over the bold outlines and get drawn in to the luscious reds and greens and beyond to the folds of cloth on which the milk jug stands.

And you hear:
‘Brilliant, Rob. That time he spent with Fergusson by the sea around Paris-Plage wasn’t wasted, was it? What a difference, eh?’
‘Just oozes class, Kevin. You don’t see brush strokes like that in Weymouth. And I’ll tell you what, you can keep all your Cézannes and Manets. These guys have got it in spades.’
‘Yeah, what a line-up: Cadell, Hunter, Fergusson, Peploe. People still talk about the Glasgow Boys, but did you ever see one catch an Edinburgh interior like that? Nah.’
‘Well, for me Kevin, calling ’em Post-Impressionists doesn’t get near it. Remember the Pre-Raphaelites here last summer?’
‘Ah yes, Burne-Jones. He knew his way round a brush.’

And, as Kevin continues with an anecdote about seeing Lucien Freud pissed in Soho, you give up and walk out, the brilliance of the Colourists forever tarnished by the crassness of the experts determined to elucidate their achievements at full volume.

Extreme examples? Perhaps, but it’s what lovers of football like myself have to put up with every time a match is televised. On show there are some of the greatest talents around and they’re playing a game which has structure, patterns, elegance, beauty, confrontations, highs and lows. But rather than watch and let us do the same, the commentator and his sidekick spew out statistics, irrelevant ‘facts’, and incisive information about the last time the defensive midfielder scored with a header in the first half. (For your information, it was in a third round cup-tie at West Bromwich Albion in September 2009.)

I remember clearly, ages ago, as a match featuring the brilliant Barcelona at their peak and their arch-rivals, Real Madrid, kicked off.  The whistle blew, the commentator said, ‘This is it, then. Just sit back and enjoy 90 minutes of pure delight.’

And that’s exactly what I’d have done if he and his mate had only shut up.

Sandra Horn said…
Earplugs? I've just seen some in a shop in London, shaped like the two halves of a dachshund. Nose pokes out of one ear, tail end out of the other. A pretty neat idea, I'm sure you'll agree.
7 January 2020 at 14:32

Bill Kirton said…
Jan, I knew you'd understand.
Sandra, are you still taking the tablets?
Feder, thank you. I assume it must be the same in Germany.
8 January 2020 at 11:52

julia jones said…
A button called Mute? But then if you had a friend round you'd probably start up in your own living room. When the cricket's on I retreat upstairs burt I can still chart you the entire course of the game by the howls, hurrahs and hair-tearings that drift up from below. It's only when there's silence that I realise it's a very poor match indeed
8 January 2020 at 20:31