Tis the Season for Griselda Heppel to get into a tiz... again.

This being the Season To Be Jolly, it seems only fair that I should have upset a number of people on Twitter over Christmas. One person even blocked me, which made me laugh, as he didn’t even give me the chance to deserve it. Rather, having dashed off a biting tweet in my direction, he bravely shut off all replies (as if) from me, like a small child biffing another in the playground before running to teacher to stop his victim biffing him back. 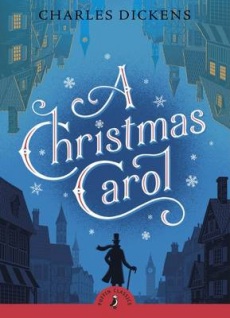 So what did I do to inspire such fear and loathing? Er, well, I expressed an opinion. Like, you know, the other 330 million Twitter users. What about? Oh, just a TV programme. A mini-series. Well, a Classical Serialisation in fa – look, it’s not my fault that the A Christmas Carol Question raises its snowy head every year, is it? Competition among theatre, film and TV companies, from the humblest to the loftiest in the land, on who can make the biggest mess of Charles Dickens’s great 1843 novel has become a national sport. This time last year I cavilled at the liberties taken by the RSC in their production; I can now say these fade into the tiniest speck of candied fruit in Tiny Tim’s plum pudding compared with the monster served up by BBC 1 over three (three!) evenings in Christmas week. 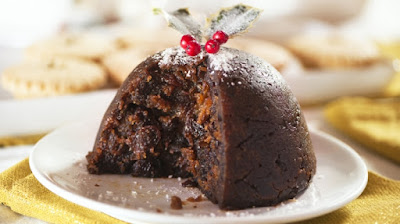 I was willing to give it a go. Honest. (Just as I gave Andrew Davies’s Sanditon a go, all the way to the end of Part 1, when an appalling piece of very unAusten writing and characterisation spared my enduring the next 7 episodes.) But the stretching of Dickens’s slim novella into 3 hours of television didn’t bode well. Say what you like about Dickens, he knew how to write a cracking good story. The lessons that mean old Scrooge has to learn never slow down the action, while the reader is drawn into the worlds of Christmas joy and plenty, past regrets and sorrows and the very real poverty and want Scrooge has ignored all his life.


In other words, narrative drive is what matters if you want your audience to stay with you, and this was exactly what Stephen Knight’s ‘adaptation’ (‘rewriting’, I’d call it) lacked. Tectonic plates move faster than Knight’s scene setting, and when the first 15 minutes established nothing more than a grumpy, sweary (oh yes, the F word. A lot. Why?) man chuntering around a bare office in Gloomy Victorian London, sniping at his clerk, I gave up. Where Dickens writes with crispness, a quick wit and a sense of mystery, this production steamrollered its way along, ponderous and boring beyond words.

Worse, Knight felt the need (like David Edgar) to add backstory and plot alterations to the original… only his additions were much sillier. It’s not enough, for instance, for Marley to haunt Scrooge as a warning: he has to be properly motivated. Enter the Roman Catholic doctrine of the afterlife: Marley’s motive for saving Scrooge is to spare his own soul years in Purgatory. Dickens, a traditional Anglican living in highly Protestant Victorian England, would have been appalled at this solecism, and the fact that Knight could cheerfully shoehorn it into Dickens’s literary and religious world shows how little he cares about the original work.

Back to Twitter. Well, The Sunday Times journalist India Knight (no relation I hope…. Gulp) happened to ask the Twitterati what they thought of the production and I – among many others – gave my view, adding that for a truly splendid adaptation, people should look no further than The Muppet Christmas Carol. While I’ve never received so many Likes for a tweet before, a few readers, as mentioned, took it badly. What baffled them – to the point where they could barely spit out their sarcasms – was that I should rate a film starring a bunch of puppets, headed by a Green Frog, that faithfully told Dickens’s marvellous story over a slow, turgid, foul-mouthed 21st century steampunk version, that didn’t.

Jan Needle said…
If I ever dare to find a replacement for Miss Piggy, you'll be it. (Or her, I suppose. Who knows?) We watched the Muppet one twice, on consecutive nights. I think you've saved me the bother of seeking the three hour version. Thanks.
1 January 2020 at 10:15

Umberto Tosi said…
Oh, I so agree. What makes A Christmas Carol a masterpiece is Dickens' almost miraculous economy of narrative - not a wasted word or bit of dialog - weavings the characters and their subplots together in a seamless whole before you can say, "Humbug" - which describes most film and TV adaptations. Better to hear a good actor reading the story aloud (except perhaps for the Muppets.) Happy holidays and best wishes for the new year!
2 January 2020 at 07:45

Griselda Heppel said…
You too, Umberto!

Thanks for these comments, both. As for my qualifying as a replacement for the marvellous Miss Piggy.... what, moi? Tis an honour I dare not hope for. 😂
2 January 2020 at 10:19

Susan Price said…
I thought that rewriting of Christmas Carol was awful too, Griselda. Compared to Dickens, it was leaden. My brother, a great Dickens fan, pointed out that, in the original, Scrooge and Cratchit work together in a tiny office. Scrooge punishes himself with his barely smouldering fires and late hours as much as he does his clerk -- which is sort of the point.

We didn't make it even to the middle of the first episode. As my brother said, "Spare me people who think they can write Dickens better than Dickens!"
2 January 2020 at 13:43

Griselda Heppel said…
I am TOTALLY in sympathy with you and your brother, Susan! His comment is pretty much what I said in my tweet. Absolutely fine for writers to invent Victorian semi-realist gothic noir if they want. Just don’t call it Dickens when it’s nowhere near! I gather that if we’d stuck with it further we’d have enjoyed such delights as Scrooge’s father selling schoolboy Scrooge to his headmaster for abuse purposes, and Mrs cratchit pulling a gun on Scrooge because he wants to force her into prostitution. What larks, eh, as a certain Dickens character might have put it.
2 January 2020 at 23:01

Sandra Horn said…
I agree with you, Griselda - especially about the slowness and the anachronistic use of the f-word. It's in every tv historic drama now, which just shows total ignorance of how language usage changes - over my lifetime, never mind longer. We did stick with it - inertia, I suspect, unlike Sandition which we abandoned after 1 episode. There was also a perfectly silly Magic Flute set mostly in a kitchen. Why? Why?
3 January 2020 at 15:52