If You Could Read My Mind by @EdenBaylee

By Eden Baylee - May 23, 2020
In these Covid times, many of us are streaming or renting movies online. Last night, I watched If You Could Read My Mind, the Gordon Lightfoot story.

If you don’t know who Gordon Lightfoot is, here’s a brief intro.

Before Canada produced stars such as Justin Bieber and Drake, we had bonafide legends like Joni Mitchell, Leonard Cohen, and Neil Young. For a relatively small country (roughly 36 million), Canada has contributed some impressive talent to the music industry.

Amongst this group is Gordon Lightfoot, whom I would consider one of Canada’s greatest songwriters. He’s a homegrown talent who continues to live here today. 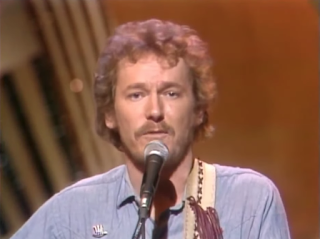 Suffice it to say, he is an icon and a treasure.

If You Could Read My Mind was co-directed, co-produced, and co-written by Martha Kehoe and Joan Tosoni.

Martha is a friend, and I’ve wanted to see this film ever since it first came out late 2019.

For one reason or another, I was unable to get to it, but then my husband rented it recently, and I had no reason not to see it. It wasn’t like I was going anywhere.

After watching it, I can say, unequivocally, that I loved it.

And I’m happy I waited until this time of isolation to watch it.

It was an emotional viewing, to see a man who in his prime was a tall, strapping, larger than life figure—robust and full-faced handsome. His appearance changes over the decades, which the film chronicles. Now, at the age of 81, he is a shrunken, thinned, smaller version of himself. He has battled alcoholism, abdomen illness, and a stroke. His eyes, however, still sparkle, and they tell the story of his incredible life. 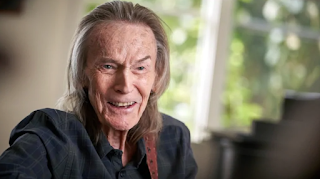 His music defined the folk-pop sound of the 1960s and 1970s when he penned classics such as:
“Early Morning Rain”
“Sundown”
“If You Could Read My Mind”
“Did She Mention My Name?"
“The Circle is Small”

The movie is a journey in the life of a great artist. I regret I never saw him live, and the film highlights all the things I grieve in these Covid times—going out to see a concert, sitting with strangers in a club, a gathering of friends.

It also shows the determination, success, and resilience of one man.

Lightfoot is working on his first new album in fifteen years and would've been performing this year were it not for Covid-19. 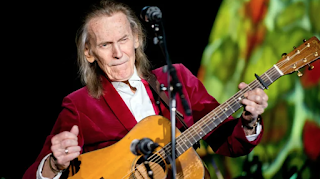 I hope you can see this film, however, if you cannot access it in the U.K., please feel free to google the movie or a Gordon Lightfoot song.

As writers, you will appreciate the timelessness of his lyrics. 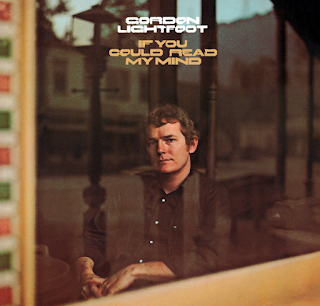 From “If You Could Read My Mind”

May the coming month bring positivity and optimism.

Stay well and healthy, and please let me know how you're doing.

Sandra Horn said…
Sorry about the troll above, Eden - a recurring problem. Thank you for this insight into the work of someone previously unknown to me. It's fascinating!
23 May 2020 at 20:14

Eden Baylee said…
Hi Sandra, thanks for your comment.

I hope you get a chance to listen to Gordon Lightfoot's music or see the film. The man is a perfectionist but quite humble. It's a very Canadian trait. ;)

Brian George said…
He was one of those from an era of so many great songwriters. I always remember his songs and they still get regular airplay here. To be honest, I never realised that he was a Canadian, I always thought that he was a Brit. Sounds like he had an incredible life journey and still going, means he's an example to us all. It's a thing about success and making money too early, that many of us abuse it. I've had my demons and addictions and behaved like a playboy just from my modest successes and am now fighting for survival at 70. Got to keep going though and as writing was always my first love, it is something that I can keep on trying for renewed recognition. Love to you and all on here Eden. xx
25 May 2020 at 09:15

Eden Baylee said…
Hi Brian, yes Gordon is Canadian, not a Brit, but I can see why you might think he is.

There's something really likeable about him, isn't there? He's understated and thoughtful, so maybe I consider that's a Brit trait too.

You're 70? You're still a baby and have many more years to write.

Brian George said…
Hi Eden,
I'm not so sure about the Brit trait, I do agree with that comment up to a point. I used to think that was how we were until the Brexit debate and Facebook brought out the worst in us. Those platforms have given every barroom loudmouth and bully free rein to exhibit those traits now. It appears that rather like America we are half/half the old ways and the new. I truly hope Canada stays more like us though. Because I've always thought that you guys were understated and thoughtful rather like Gordon Lightfoot. You do seem more like us than those cousins further south!
27 May 2020 at 11:52

Eden Baylee said…
Hi Brian, I know what you mean.

As a people of the global world. we need to stay vigilant and tolerant.

I think we've forgotten we are more alike than different. All the divides we have set up: right/left wing ...liberal/conservative ... religious/not religious ... and on and on it goes. These labels only divide us further, and the trend has been to continue doing this.

We are doomed if we don't stem this tide.