Out of Step (as usual?) by Mari Howard (Clare Weiner)

“May you live in interesting times” – a (probably fake) old Chinese proverb, which circulated humorously among us as students, many years ago. Well, now we do. Far too interesting… people have complained about "lock down", and other people, as it began, invested in craft materials, knitting yarn, or jigsaws, because they would have so much free time. And some even decided that this would give them a chance to try writing that book which they often thought about…

Although many contemporary fiction writers have mentioned that this is a time when they are struggling to write! The shock of the new and peculiar circumstances surrounding us have left experienced speechless, as it were. Its significance has overwhelmed them, the unusual lifestyle and added insecurity has robbed them of all creative energy. What can you write, when your planned and half written story may now bare no relation to present or future, once it is hopefully published and offered to the public? What once perceptive social comment on life and humanity can be made against this backdrop?  What humour, what empathy, what insight?

Interestingly, it is not so long ago that we did indeed live with the constant threat of serious infection. I am a relatively recent a fan of Call the Midwife, and had not seen the early series. So I'm enjoying watching these now, on BBC iPlayer. Yesterday I caught up with one from the end of Series 2, in which the child of a significant character contracts polio. We saw him in what was called 'an iron lung', a machine which breathed for the patient while they could not breathe and sometimes saved their life. As a very young child at school, I along with the class was told about these, and reminded of them many times: possibly we were raising money for Great Ormond Street. The very idea of being shut in one of those contraptions terrified me! And now, what an irony, I thought, that they are showing this at this time.  All of us who were small children in the early 1960s can probably remember going to receive vaccination against polio, and as young teens the BCG against TB. Once these were in place, along with antibiotics, everyone began to live as if there was not very much threat from dire infections any more, at least in Europe and North America. But up until that time for a child to contract polio was not terribly uncommon and epidemics would sweep through, especially in areas of overcrowding. 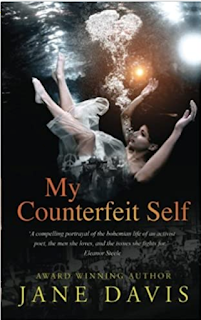 The writer Jane Davis has documented what it was like to have polio in a comfortably-off middle class family, in her intriguing novel My Counterfeit Self. Using the sensations of the iron lung, and the following isolation of being a disabled child, rejected into the care of a governess in her attic room by her parents. Davis builds her main character, Lucy, who becomes a bohemian poet and activist, around the devastating changes and positive encouragements stemming from Lucy's disability. (Read more at https://jane-davis.co.uk/books/my-counterfeit-self/)

So, today we are absolutely shocked to find that an organism which we have not met before is terrorising the world, and our present medicines are not effective. Those too young to know about polio, and mumps, measles, whooping cough, also potential killers, find it very hard… Suddenly we must take extra special care, wash our hands well, and avoid crowded places. Our lives have been curtailed, we are not free to eat out, attend theatres and cinemas, use public transport, or play sport.  It has deprived people of a carefree lifestyle - that, and the consequent fear.

So what sense will any story make, if it is truly contemporary and does not take account of these peculiarities? The imaginary crimes would not be committed or investigated in the old way, neither would the steamy romance continue along the same lines. Dystopia may reign, but not all of us are skilled and experienced in that area of fiction.

I find myself a little out of step with this, for my creativity has not been floored by the present world crisis, and I had rather welcomed the lock down. After sorting the new system of online grocery shopping and saying what I hope is temporary goodbye to the cleaners, I have been able to take up again working on the third novel in my Mullins family saga series which has been languishing since 2016. 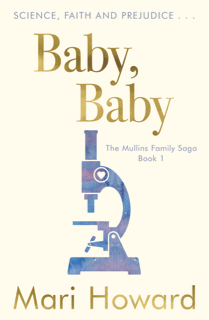 What floored me and robbed me of creative thought was not the present crisis but the vote for Brexit. Of course I was not quite alone, many of us were taken aback to think that a majority, albeit a small one, wanted our country to move into a isolationist position, rejecting our nearest neighbours. We became concerned at that point for what our future held. We became activists on behalf of co-operation with Europe in scientific endeavour, in Erasmus scholarships, in free movement, and generally on being part of something bigger than our selves. But most of my author friends seemed happy to keep calm and carry on writing…


And so for me, now, basically as the future had been already changed and 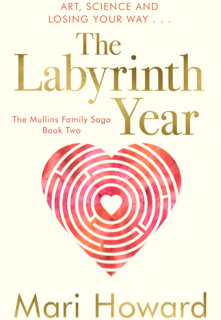 become unknown. This present time is just another irremovable obstacle to constructing expectations. Just wait and consider the present moment. Staying at home has offered the opportunity to re-enter a relatively a simple world – that of a teenager in 2007, trying to make sense of her family and discover whether she can choose her own path or must follow on in the steps of scientific parents and grandparents. A bizarre and unexpected tragic event in another family is waiting to impact on her choices. If there is problem entering her world, and living alongside a cast of fictional characters, it is only whether I am still free to also engage with the adult Alice, as she looks back from this present darkness to how that event governed her choices. Who is she: a traumatised Millennial? A sensible but exhausted doctor? A poet?

Well that's one good thing to have emerged from the lockdown, that it's enabled you to concentrate on your next book in the Mullins family saga. I'm interested - and sympathetic - that you found the shock of Brexit stopped you in your tracks. Arguably one should still be able to enter one's own world as a writer and get on with it, whatever's happening in the real world - but I agree that upsetting events can just make it impossible for a while. So it's good news that you've got going again! I too have found the time to concentrate on my third children's book and hopefully that might appear eventually.
As for how we treat the pandemic in contemporary fiction - I hope the answer is not, or at least not for long. Who wants to read romances where no one can ever meet up, go out for a drink, touch each other? Or thrillers when you can't chase a suspect through a crowd because there won't be a crowd? The mind boggles.

And I thought it was just me ... Yes. We writers should thrive in a self-quarantine situation, free of distractions, and be producing our brains out every day. But I've discovered a variant of Parkinson's Law: that procrastination expands to fill the time available! I look forward to reading The Labyrinth Year...

Hi Mari, I was struggling to write before Covid, but it seems to have eased a little during the last couple of months.

In many ways, time is more plentiful, but it's been filled up with mundane work that never took much attention before - cleaning, cooking , laundry.

Time warps for me.

Love the covers of your books!

Me too - drifting mind, drifting sense of purpose, lost sense of time passing. Strange. So glad you are able to be creative again.