Since 23 March, when lockdown was announced in the UK, I’ve found myself seeking solace in familiar books. This isn’t something I do regularly – unlike my eldest daughter, who re-reads certain books repeatedly, what she calls ‘comfort reading’, particularly at times of stress. Apparently reading the Harry Potter books or Jane Austen’s entire oeuvre is the thing to help get her through public exams or, indeed, starting as a junior doctor during a pandemic. She also turns to familiar films – almost anything by Disney, various (often rather cheesy) musicals, etc. at such times. For me, generally, if I’ve read a book or seen a film so recently that I can remember the ending (let alone how the plot takes us there), it’s far too soon to experience it again. (Star Wars is about the only exception – oh, and The Adventures of Robin Hood; I can never have too much of Errol Flynn’s blithe, sunny optimism and desperate historical inaccuracy…) 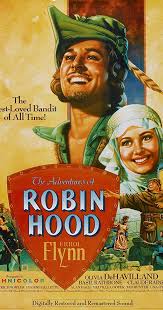 My only regular re-reading is the annual seasonal revisit of Susan Cooper’s The Dark is Rising, set during the Christmas season, when I attempt to read the various chapters on the actual days on which they are set – from Midwinter’s Eve to… well, it all gets a little ragged after Christmas Day, so I catch up when I can during our own ragged holiday season, and try to read the final chapters on Twelfth Night. A few years ago I discovered I was not alone in this yearly ritual (for my blog about it: https://authorselectric.blogspot.com/2018/12/this-night-will-be-bad-and-tomorrow-by.html).
For some reason, however, this has changed for me in these strange, uncertain times. With the exception of Hilary Mantel’s The Mirror and the Light, which I had long awaited, and which arrived just before lockdown, every book I’ve read in the past almost four months has been a book I’ve read before – sometimes not so very long ago. And many of them are also children’s books. 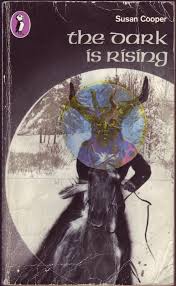 As a children’s author, perhaps this isn’t so very strange, as I often read books for younger readers, partly to keep an eye on ‘the market’ – and partly simply because I enjoy them (the following blog post explores why: https://alexmarchantblog.wordpress.com/2017/11/03/books-for-children-books-for-all/). But this sees different. It’s more as though, in these strange times, I’ve wanted to clutch at something familiar, something comforting, something ‘normal’ perhaps in an abnormal world.
So what have I been reading? I guess it’s all been escapism in some way or another (my favourite children’s books probably tend to be), and often the books have figured journeys – in either space or time (or sometimes both). The aforementioned Susan Cooper has figured prominently – with ‘prequel’ to The Dark is Rising, Over Sea, Under Stone transporting me to a long-ago summer in Cornwall, King of Shadows taking me back to Shakespeare’s newly built Globe Theatre in Elizabethen London, Victory to a modern-day coastal town in Connecticut as well as the arduous life of a powder monkey on Nelson’s flagship all through the Mediterranean, across the Atlantic, and back to that fateful day at Trafalgar. Cynthia Hartnett’s The Wool-Pack and Rosemary Sutcliff’s Eagle of the Ninth whisked me to the fifteenth-century Cotswolds and Roman-period Scotland respectively, and Alan Garner’s books have taken me all over the place across all sorts of times. I even stumbled across ‘B.B.’s Little Grey Men on my daughter’s bookshelves and took a gentle trip up the Folly with the three gnomes. 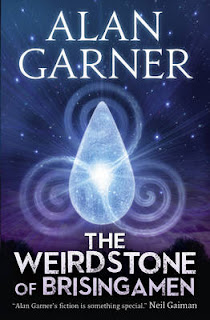 My diagnosis is that I’ve been craving a way out of all this – to journey far away, or to a different time, with good friends and/or protectors as my travel companions. Away from all the fear, anger and grief, the feelings of helplessness at facing an invisible enemy and an incompetent (or uncaring?) government, to find somewhere where some sort of normality still exists – even if that’s bound up with impossible nostalgia. Because, let’s face it, each of those times and places I chose held its own dangers – not just the sweating sickness and murderous tyranny encountered in Tudor England as depicted by Mantel, but also in the children’s books: whether it be the evil of naval press-ganging in eighteenth-century Britain, the sadistic gamekeeper of post-war Warwickshire with his gibbet of decaying animals and birds, the hidden killers among the moors and hills of Cheshire or the Scottish borders, or the Black Death that stalked the sixteenth century. (An early blog post during lockdown glanced at this: https://alexmarchantblog.wordpress.com/2020/03/27/escaping-to-the-fifteenth-century/) 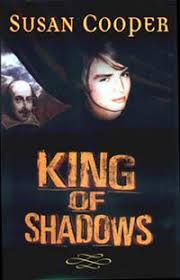 But I guess that’s what escapism is all about – escaping to somewhere else, far away or perhaps familiar, where you can be safe despite the dangers, because it’s fiction. I wonder if I’m alone in this. I suspect not. Have you wanted to retreat to similar places, far-away times? Where would you go to if you had the choice? On the page, for me it might be fifteenth-century Cumbria next, but in reality I have my mind’s eye on a hillside lemon grove close to the southern Italian coast, where all that can heard is the sound of the bees in the blossoms and the real world is – oh, so very far from me.

Griselda Heppel said…
Your daughter's recipe for stressful exam times seems jolly healthy to me. I should probably reread favourites more - often you see things not spotted in the first reading - but then there are so many books I haven't read I feel I should go for those instead. I enjoyed King of Shadows - a brilliant idea executed with so much historical accuracy - but couldn't get to grips with The Dark is Rising. Which is strange, because people rave about it and it's just the kind of story I love.
I do like the sound of your Italian lemon/olive grove, though. May well join you there.
17 July 2020 at 12:00

Alex Marchant said…
I'm sorry to hear you didn't enjoy TDIR Griselda - but thank goodness we don't all enjoy the same books and films - the world would probably be very boring if we did. And you're very welcome to come along to the lemon/olive grove too - although I suspect we may be putting off travelling a little longer after the news from Spain...Take care
26 July 2020 at 17:46