Time-Travelling Through Our Own Lives -- Andrew Crofts 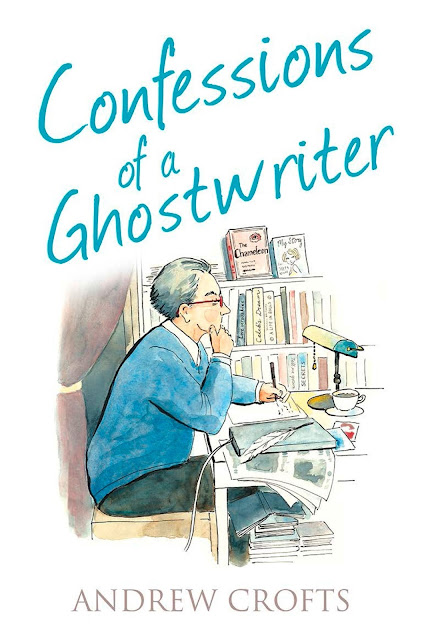 I recently met a young man of about thirty and only after talking to him for a while, did I discover that over forty years ago, I had interviewed his great grandmother, who had been a showgirl for Charles B. Cochran in the nineteen twenties.

At the time of the interview I guess I was in my twenties and she seemed to me like a visitor from a bygone age. She received me in her crumbling Kensington townhouse, dressed in the only “tea gown” that I have ever come across actually being worn for afternoon tea; an extremely lacey confection in my memory.

The young man had never met the lady himself, merely being aware of her from family legends, and I was struck by how closely linked we all are to history, particularly as we grow older ourselves.

I received another phone call this week from an author who has been commissioned to write a definitive biography of a recently deceased television performer/household name. He had come across my name because, on the first page of his subject’s cuttings book, he had discovered an interview that I had conducted with her when she first came to London.

Apparently, it was the first London interview she had ever given, just as she was teetering on the cusp of massive fame and popularity, and it was one of the first articles that I ever sold as a freelancer.

I really like the idea that a small article, which had seemed such a big break for me at the time, also made it into the interviewee’s box of memories.

Thinking about it now, I suppose most famous people keep their early publicity cuttings, initially to reassure themselves that they are on their way to success, and then eventually as curios from the days when both they and the media that wrote about them, were very different animals indeed.

Today, of course, that article would be enshrined on the internet for all eternity, whereas then it had to remain a yellowing and increasingly fragile piece of newsprint, forgotten by everyone apart from the two people who were actually there on the day.

Peter Leyland said…
The ‘increasingly fragile piece of newsprint’ would make a great metaphor for memory, Andrew. Thanks for your piece which I enjoyed reading.
27 August 2020 at 11:28

Umberto Tosi said…
Food for thought, Andrew. Having been a journalist, posterity wasn't a consideration, at least from the writing point of view - events perhaps having a historic afterglow, perhaps a few. Local libraries and our newspaper's morgue kept old editions and filed clippings, but now articles posted here on the internet have a longer "tail" as the media analysts put it -- although by no means eternally in view. IN any case, thank you. I enjoyed your post.
2 September 2020 at 06:35