2020 Ends with Three Turkeys by @EdenBaylee

By Eden Baylee - December 23, 2020
2020—It started with so much promise. January 23rd, I wrote my first blog for Authors Electric, celebrated Chinese New Year with my family a few days later, and left for a two-week holiday with a girlfriend to Cuba shortly thereafter.
Life was good.
No … I take that back.
Life was great.
Fast forward eleven months, and here we are.
I don’t need to tell you how 2020 has devastated the lives of so many all over the world. Life with Covid is not coming to an end any time soon even though we have a vaccine. Each day brings an increasing number of cases, further lockdowns, and a new strain of Covid-19 is now upon us, just in time for Christmas. It’s not good, but I choose to remain optimistic, so I don’t want to talk about Covid. Let’s talk turkey instead—three turkeys to be exact. 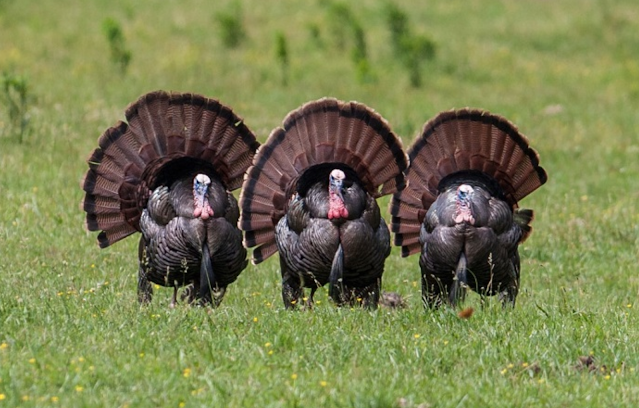 Early November, I thought I’d get a head start on the holidays by purchasing a few Christmas food items. I don’t go out to buy groceries. I order online and drive to the supermarket to pick up. A clerk meets me in the parking lot and loads my bags into the car. It’s contactless and civilized. One of the items I had ordered was stuffing. For those unfamiliar with stuffing, it’s a side dish that accompanies turkey. Some people call it dressing. The main ingredient is bread seasoned with sage, onions, celery, and carrots. It’s found in the frozen department next to the turkeys. 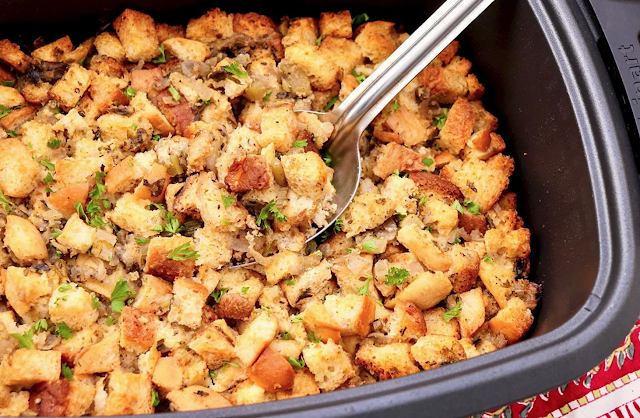 Of course, it can also be prepared from scratch, but I prefer a ready-made version because I have enough cooking to do as it is.
On the morning of my grocery pick-up, I received a text saying the stuffing was out of stock. They asked if I’d like to substitute it with another product. This meant the store would replace the unavailable item with something similar, likely a different brand.
No problem, I said. I wasn’t attached to a particular brand of stuffing. It was only bread after all!
When I unloaded my groceries from the car into the house, I was astonished at the weight of one of the bags. I didn’t think much of it immediately, but I soon found out what it was. Instead of getting a comparable substitute for my stuffing, I got a 7kg turkey!
I had no room in my freezer for a turkey, so I had to cook it.
Thankfully, my husband likes turkey and I absolutely love turkey.
We ate most of it in November. 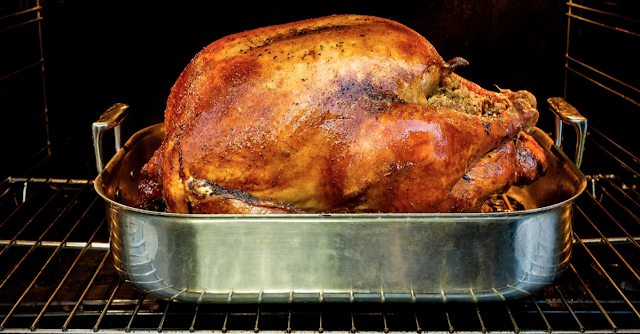 In pre-Covid times, we would host a Christmas Eve dinner. We’d invite family, friends, and Christmas “orphans” for a meal. Due to Covid, that’s not happening this year, but I still wanted a big turkey dinner, so I put in another online grocery order which included a 9kg turkey. The thinking was to cook an entire dinner as I normally would and deliver care packages to friends and family. This was a simple way to share, yet … 2020 would dictate that nothing is simple.
When I went to pick up my order, I was told I’d be getting a substitution again. The supermarket had run out of 9kg turkeys, so the clerk had taken it upon himself to give me two turkeys, which together weighed closer to 13kg.
I really didn’t have the heart to dispute this with him in the parking lot as he loaded bags into my car, so I said “Sure, give me the two turkeys.”
It was only after I got home that it dawned on me I don’t have a stove big enough to cook two turkeys at the same time. Fuck. 2020. Enough said.
Merry Christmas and stay safe. Wishing you a healthy journey into the new year.
Sending love,
eden 💗
2020 christmas covid eden baylee stuffing Turkey
Location: Toronto, ON, Canada

Reb MacRath said…
Thanks for the wonderful post, Eden. It's funny, uplifting, and sad all at once. Happy holiday and keep on taking one day at a time.
23 December 2020 at 17:40

Eden Baylee said…
Hi Sandra, Merry Christmas to you and yours. I'll soon be gobbling given all the turkey I'm eating!

Eden Baylee said…
Hi Reb,
Thanks for reading. Best of the holidays to you and enjoy it for all it's worth!

Umberto Tosi said…
Turned out to be a helluva time to begin, but your posts have all been well worth the read. Merry Christmas and a happier new year to you and all!
24 December 2020 at 01:40

What a sweet thing to say, thank you so much. I really appreciate your reading. Hard to believe it's been a year already, and what a year to join!

Best of everything to you and your family and wishing your country a return to sanity in 2021. ;)

Eden Baylee said…
William, great to see you. I hope you are well and staying safe in these crazy times.

Wishing you and your family the very best, now and in 2021.

Eden Baylee said…
Hahaha Brian, so true! Why else would you have two jars of garlic in your fridge? I'm glad I made you laugh!

My 3rd turkey is yet to be cooked. It's currently in our shed!