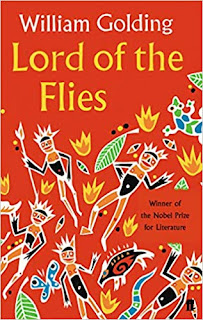 Between the ages of 12 and 13 I had an amazing English teacher. She was young, warm, funny, kind, extraordinarily widely-read and determined that we should be too. She only stayed a year before returning to the USA but in that time we studied Lord of the Flies, Silas Marner, Julius Caesar, Arms and the Man, most of The Master Builder (a bridge too far, that was) and some short stories including E M Forster’s The Machine Stops (which recently had a new lease of life, thanks to Covid) and a shocking tale called The Lottery. (I know. It was only years later I discovered Shirley Jackson’s short story to be one of the most famous of all.) 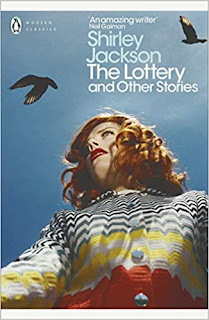 Mrs McGrath is in my mind now because, in addition to opening my eyes to such a fabulous world of literature, she taught me a rather more painful lesson: she was the first person to introduce the concept of cliché into our innocently creative minds. I’d been accustomed, till that moment, to have my depictions of Dark, Ghostly Nights and Wild, Tempestuous Seas and Sunshine Flooding the Cornfields with Gold praised for their colourful descriptions; now here was my favourite teacher telling me something I couldn’t quite understand but which clearly wasn’t good news for someone who thought being able to write easily meant being able to write.
It’s a lesson we never stop learning and striving to master. Avoiding clichés like the plague (groan… sorry) is one of the first things drummed into newbie writers, along with Show Not Tell, Active Voice Not Passive and For Heaven’s Sake Cut The Adverbs.
Now putting the finishing touches to my third children’s book (yes! The Fall of a Sparrow – a haunting tale for 9 – 13 year-olds is set to come out with Matador in April, 2021), I may no longer be a newbie writer but all of the above have to be struggled with if the end result is to be a freshly imagined, gripping, well-written (oh yes, I hope so) and thoroughly unputdownable book.
What’s challenging is that while some clichés are easy to avoid (does anyone really burst into tears? I’ve never been able to visualise that), with others, it’s hard to find a way around them. Right now I’m wracking my brain for another way of saying, er, wracking your brain, and if your main character has a shedload of puzzles to solve, as mine does, an  awful lot of brain wracking goes on.
I’ll get there.
What I really need is Mrs McGrath.
Find out more about Griselda Heppel here:
www.griseldaheppel.com
https://griseldaheppel.wordpress.com/
and her  children's books:
Ante's Inferno
and
The Tragickall History of Henry Fowst
authors electric children's books Cliché Griselda Heppel The Fall of a Sparrow writing

Peter Leyland said…
Another interesting post Griselda. I taught 9-13 children for much of my career so you will have a good market in middle schools for your latest book. Your English teacher sounds great. There are always some that set us alight/on fire/ablaze - lots of cliches here. I was thinking of referring to Shirley Jackson in a short story course. I have a book, The Missing Girl and 2 others and I must get reading her. Happy Xmas - your next post will be new year!
1 December 2020 at 14:00

It's wonderful to have had such a superb teacher. "The Lottery" is definitely one of my top short stories, and it scared the hell out of me when I first read it. The movie (which you can find on Youtube) is also very well done.

Clichés become clichés because they perfectly encapsulate what we want to say, which makes us lazy to think of other ways of saying the same thing.

For 'burst into tears', how about: she broke down, she sobbed, she wailed ... they somehow don't give me the same 'visual' as the original expression.

I'm still wracking my brain on the other one. :)

Griselda Heppel said…
Thank you both - yes, it's impossible not to use some cliches, and sometimes they do still work (I have a particular weakness for fire/ablaze images, Peter, so yours are FINE with me).

Good ideas for describing someone crying, Eden, many thanks. Let me know if you come up with a brainwracking alternative!
3 December 2020 at 19:30

Umberto Tosi said…
Thanks, Griselda, I remember an eye-opening, isnpiring teacher like that in my fifth grade. Every writer needs one growing up and yours sounds wonderful.
4 December 2020 at 16:36

Reb MacRath said…
You've reminded me of a quote from Auden, one of my favorite poets. He said 'the self thinks in cliches and the least interesting or useful diaries/journals to read would be those where the author tried to be original or poetic. I wonder, in turn, if the best or most useful first drafts are those where we don't strive for the high note, just singing the song as it comes.
22 December 2020 at 18:59