Goodbye, Enid from the Authors Electric

For many years the 28th of each month has been the day when Enid Richemont blogged for Authors Electric -- usually in the form of a diary entry, with news of her books -- which covered a wide field -- or proudly writing of her daughter's theatre career.

Sadly, there will be no more diary entries from Enid. In the late months of 2020 Authors Electric learned, first, that Enid had been diagnosed with cancer -- and then, all too quickly, that she was very ill and had died. We feel her loss. 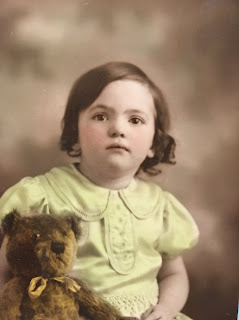 Enid was born and grew up in South Wales but spent most of her life in north London. Her marriage to David Richemont was a long and happy one and they raised two children.

Enid won a scholarship to Dublin's College of Art, where she studied painting and design; and she taught in a Rudolf Steiner school. Together with her family, she lived for two years in Paris.

She wrote for both adults and children and her work has been translated into Danish, German, Arabic, Finnish and Japanese.

Some of Enid's many books:--

For Maritsa, with Love 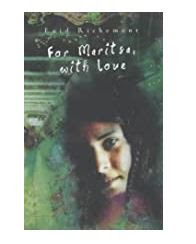 Rachel and Joanna are in their last year at primary school. At their special place, a tree in the park, they come into contact with a mysterious young girl who was born over 400 years before. Her name is Anne and she is deaf. Through her struggles, the two modern-day girls make some discoveries. 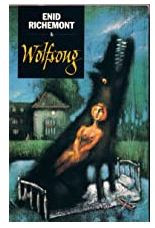 "His cheek was smooth against mine, his satin-sleek hair slicked against my skin...
I put out my fingers and traced the curve of his lips below the unexpected roughness of the moustache. He must have kissed me. I know he kissed me..."

The photograph that hangs above Ellie's bed in the old Brittany mansion is of a handsome young man from a former age. The sort of guy any teenage girl might fantasize about.
But when Ellie feels him beside her, his breath on her face and his hands on her body, is she fantasizing?
And what of the wolf calling in the darkness outside her window? Another fantasy or something more shockingly sinister?

With 14 fingers, blue hair and a strange name, Mrs Kachunka is no ordinary dinner lady. She has a strange eyeglass that makes her eye seem to grow and grow and put people's minds in a spin. Everyone she stares at falls under her spell. Mrs Kachunka is a woman with a mission.

Eden Baylee said…
It was so sad to hear of Enid's passing. As part of this group for only the past year, I found Enid and her posts engaging.

I will miss reading her work.

Sandra Horn said…
I grieve for a warm and delightful friend and a unique writer. Enid was valiant, funny, self-deprecating - her house was full of touches of her art but she brushed aside any idea that she might still be creative in that medium. One of her books was, lately, in pre-production (if that's the right term) as a film and it would be wonderful if it went on to full development, but so sad that she didn't see the end of that particular story.
Rest now, brave heart.
28 December 2020 at 09:21

Bill Kirton said…
Such sad news. Enid and her wise, measured words will be sorely missed by our blog readers but especially by her AE colleagues. Rest well, dear Enid.
28 December 2020 at 10:33

Peter Leyland said…
Although a fairly new blogger here, I read her posts and am very moved by the solidarity you all feel towards her now that she is gone.
28 December 2020 at 16:08

Griselda Heppel said…
Oh I do hope the film gets made! I had a feeling something exciting was happening there but she had to be discreet and we never discovered which book it was. If the film does appear, it will be a poignant tribute to her. Much missed.
28 December 2020 at 16:30

Reb MacRath said…
Sue, thanks for the moving valediction...and the introduction for some of us to Enid's work. I've spotted a couple of titles that I plan to start with soon.
28 December 2020 at 17:26

dihofneyr said…
A wonderful posting and tribute to Enid, Sue. Great to see those books too.

Emma Barnes said…
Sorry to read this, having known her online over many years. A lovely tribute.
29 December 2020 at 14:32

Karen Kao said…
Thanks for writing this, Susan. Enid and I never met in life. I'm glad to make her acquaintance by way of this lovely tribute.
30 December 2020 at 10:33