Midsummer Madness (or what happens after the pandemic) - Katherine Roberts 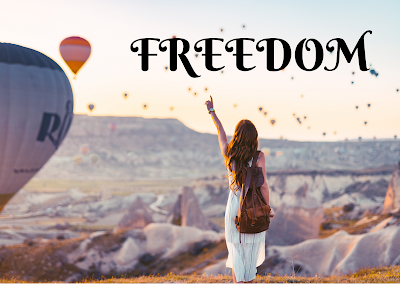 So it didn't happen, then? I hate being right (see last month's poem).

The curse of the speculative fiction writer is that we can usually see ahead of the curve. Mine tends to whizz me about 10 years into the future, which is pretty useless for planning purposes since 10 years is plenty long enough to forget what I once thought I knew. But for a bit of fun this midsummer (when we all thought life could finally restart but it can't yet), here are my predictions for the long awaited post-pandemic years:

There will be a revolution in England. It will fail.

Wales will have to wait two weeks for their revolution, and do it better than us.

Scotland will declare independence and apply to rejoin the EU.

The EU will say 'non'. The Scots will remember William Wallace and decide they are better off alone, anyway.

When we are finally allowed to vote again, the current government will not be re-elected. The opposition will not be elected, either (since they do not seem to be opposing anything). So we could end up with the LibDems, except they will have long ago disbanded and become something else.

Someone in a lab at the far side of the world will finally find a cure for the common cold. This will be too late, since it only works on those whose bodies do not recognise the current pandemic's spike protein. Everyone will queue up for the cure, anyway, because nobody wants to be heard coughing in public.

Trillions of face masks will have been buried in special landfill sites beneath brand new housing estates, where the purchasers will soon begin to feel queasy and be told 'it's all in their mind'.

Class action lawyers will have a bumper decade.

Following a green government policy, everyone will be using electric everything, including cars. There will be a worldwide power failure when the magnetic poles reverse.

Everybody's phones will stop working on the same day at the same hour, leaving billions of confused people blinking at their screens.

Our moon will be shunted out of orbit by rogue 5G satellites knocked out by the resulting EMF pulse, and start a fatal trajectory towards Earth along with the redundant satellites. A government advisory committee will try to predict the worst case scenario and panic the already confused population into mass migration.

Most people will get lost, because their satnavs will send them the wrong way. This will be a blessing in disguise, since in the worst case scenario we will all die, anyway.

The rich with private spaceships will flee to Mars, experience acute homesickness a couple of years later, and bring back an alien virus to the survivors on Earth.

This will start another pandemic.

It will be called the Venus variant.

Her latest book is The Horse Who Would Be Emperor about Roman Emperor Caligula's favourite racehorse, who attended the Senate when he wasn't eating golden oats or winning chariot races.

Susan Price said…
I enjoyed this, Kath. (It gave me a bitter, twisted smile.)

Everyone who's grasped the fact that Johnson is (to cut the analysis short) an incompetent sociopath who lies as he breathes, knew that restrictions would NOT be lifted today as soon as the creature started strutting and bragging about giving us 'Freedom Day.' Assume that Johnson will get it very wrong and you will almost always be right.

But I have to differ with you about Scotland and the EU. France and Scotland have been big mates for a long time (the Auld Alliance.) I think when Scotland applies to rejoin, France will say, 'Oui' and swing it with the other states -- because it will annoy the Rnglish so much. Well, the Tory English and Brexiteers anyway.
21 June 2021 at 08:36

Bill Kirton said…
Loved (and inwardly nodded at) these insights, Katherine, but have to confess I'm with Susan on your Scottish analysis. As an Englishman who's lived in Scotland most of his life, (and whose sole experience of anglophobia was a two-word response to a greeting I gave an old man in a shop many years ago. His reply to my cheery, obviously English-accented 'Good morning' was 'English bastard'), I'm pretty confident that my understanding of the Scottish psyche is more nuanced than the common 'hooligan' perception of the Tartan Army. Also, as an ex French teacher, I have first-hand experience of the persistence of the 'Auld Alliance' so I'm very much hoping, first, to regain independence from everything over which de Pfeffel presides, and then re-become European.
21 June 2021 at 11:10

misha said…
Your post made me smile and shiver at the same time. Like the others I think Scotland will make it back to the EU and I wouldn't be surprised if we're not banging at their gates in the reasonably near future. I share your fears about an all electric future and due to my dread of Kindle failure am keeping hold of my physical books and hard copies of all my writing.

Katherine Roberts said…
Ha yes, Scotland, knew I was on dangerous ground there! Who knows? I'm not always right :-) Mind you, maybe by then France will longer be part of the EU and so we'd get a Scottish/French alliance... which might be interesting!

Wrote this post at midnight last night and realised I'd forgotten the economic fallout along the way: interest rates will rise to 20%, and house prices crash back to 1980 levels, when you could buy a decent off-grid smallholding for five grand or so. See, it's not all bad! I'm looking forward to that :-)
21 June 2021 at 16:37

Clare Weiner (Mari Howard) said…
I also love the comments... Oh to be a Scot, and to move back home up there! You're so right about the 'electric future' ... at least your version is darkly funny - whether we shall all be able to laugh at what really happens, we'll have to wait and see...
23 June 2021 at 20:46