I had the absolute thrill to be asked by Wendy H Jones to contribute a chapter to ‘Creativity Matters : Find Your Passion for Writing’*, a wonderful new anthology that published earlier this month.  My chapter is entitled ‘Why write historical fact-based fiction?’ and it was easy for me to write enthusiastically about a genre that I have a passion for. I love history and I love fiction, so when a fiction book has a good amount of historic fact included, I enjoy it immensely. For me facts add authenticity to the setting of the story but also inevitably set me off on my own research and reading. (I particularly like checking out the author’s sources!)

My debut novel was inspired by historic facts – the Cistercians choosing to build abbeys in remote and beautiful parts of Wales, the life and times of the de Braose family, and the rule of Llewellyn the Great, first Prince of all Wales. Inspiration for my historical writing comes easy as I spend much of any free time that I get visiting places of historic interest or watching history documentaries.  Like many others, I am also a bit of an amateur family historian. What a wealth of inspiration is there! It was while trawling through a couple of well known genealogical websites that I found three stories in my family history, each of which would make a great starting point for a historic fiction novel. Which would you choose?

The family story handed down was that my paternal grandfather and his siblings were sent to live in an orphanage when their mother died. Records I have discovered tell a different story. My great grandmother was actually admitted to an Asylum, shortly after the birth of her third child in 1911. She died six years later in the same Asylum. The older children were enrolled in Poor Law Schools in 1914 which indicates they were living in the Workhouse at this point, and not with their father.

From a modern perspective, my great grandmother was probably suffering from post partum depression, or even psychosis. It is particularly sad because if she had lived today she would have been able to get help, probably stay with her family, and maybe live a long and fulfilled life. This really feels like a story that needs to be told, maybe from her perspective. I could do that. I lived through post partum depression myself.

According to Electoral Rolls my maternal grandmother and her husband were living in a magnificent Manor house in Sussex in 1930. I looked it up – it is a stunning  house with Tudor origins and extensive land holdings. Unfortunately, they did not own it and there is, sadly, no hidden money to be inherited. They were both in service; she was a housemaid, and he a gardener. Seven years later my grandmother and grandfather (not the aforementioned husband) were living in a tiny cottage in Essex, with a new-born child. 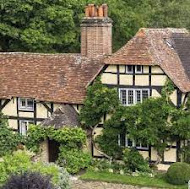 What happened to the husband? Why, and how did she leave him? How did my grandparents meet? Who was the father of the baby ? How did they travel across the country with limited means? I have my own ideas (as do many of my family members) as to what could have happened, but none of us know for sure.  But what a story could be imagined using the above facts as a framework!

Now this is the most fantastical of them all and the facts are extremely hard to verify. I recently tracked my paternal line back 21 generations, to find I have an extremely famous ancestor. Not quite royalty… but almost! Remember William Wallace, of ‘Braveheart’ fame? (Now there’s a film whose makers had little interest in historic fact!) Sir William Wallace, executed by Edward I in 1305, supposedly had a daughter, Elizabeth. There is no evidence as to whether she was the product of a legitimate marriage, or indeed that she was actually his child, but she bore his name. She married into the Ballie family and many generations later they married into my family line. The problem is that this information, obtained online, is the result of other people’s research, and there are some glaring inaccuracies in some of the supposed connections. 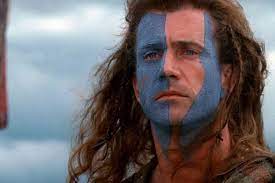 I doubt very much that I am actually descended from the ‘Guardian of Scotland’, but what if I were? Is there a story here? How did a family with Scottish nobility dotted all over it, end up many generations later as general labourers in and around London? Perhaps I could write a book where I travel back in time ‘Outlander’ style and meet Wallace face to face? Or meet Elizabeth, who frankly I think I would find personally much more interesting!

For now I think I am going to stick with my Cistercians, but who knows where (or to what period) my pen might take me next…

Clare Weiner (Mari Howard) said…
This is so interesting! Facts were suppressed and myths created weren't they!Inmy family, my mother told me near the end of her life that my great-grandmother (her maternal grandmother) was born in Australia! From this is traced the family (and have found an Australian cousin & family there). More later - have a cinical yoga class right now - but again, a very different picture emerged to what I'd assumed... Lovely to write the fiction you do - great seams to be mined in history...
23 September 2021 at 09:06

Clare Weiner (Mari Howard) said…
Further comment now I've had a moment to read your piece: on the descent of families. In the sense of 'from prince to pauper', this certainly happened. In my mother's maternal line. Where I can first identify them, the Bryants are well off. But that's not the whole story. You'll notice this if you watch the Family History programme Who do you think you are? Or 'The House through Time' series. Families move up and down the 'class system' and the good news (I suppose it is good?) is they continue to move.
23 September 2021 at 10:29

Joy Margetts said…
Yes, Claire, so many secrets, myths and mysteries. I just find it all so fascinating! I have found 'old money' in my family in other lines, and I agree the movement up and down the classes is perpetual. Other ancestors were paupers industrialisation changed their lives.
23 September 2021 at 11:23