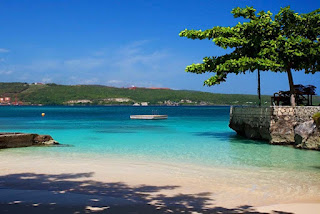 The morning of 9/11 I was getting ready to go out to play Mah Jong at the deputy High Commissioner’s house in Kingston. Tuesdays were a regular date for a group of ex-pat wives to meet and, over a game or two, chat about how we were coping with life in Jamaica. As usual it was a hot and humid day. The apartment was shady, blinds drawn to keep out the sun and since it wasn’t quite time to leave, I switched on the TV. I can’t remember what was on, but the programme was interrupted by a news flash and a shot of a plane heading for a tall building in New York. At first I thought it was some kind of a hoax, then moments later there was another plane and it became obvious that this was for real.

The game of course was cancelled. Some of us did meet up and as news of the disaster continued to come in the atmosphere became more and more serious as people realised the world had changed for ever.

For those who had lost friends and family members this was a truly horrific day. For us it signalled another life change. My husband had intended to stay in his job as a consultant to a Jamaican firm for six years. Due to 9/11 and the effect that had on local tourism his contract was terminated. Returning to the UK we had no jobs or income, but we did own a house in Stoke. A house we never thought we would be living in as it was bought to store our furniture and for somewhere for my son to live while he was studying at the local university.

Little did I think as the taxi drew up in front of number 26 that this was going to be my home for the foreseeable future, or that I would meet people who would have such an important role in my life.

Living in Jamaica had given me time to write, and material for what subsequently became “Caliban’s Island” a novel I never published and “Island of Fear” the third book in the series of “The Adventures of Letty Parker.” It gave me insights into a different world, people and cultures that I would never have encountered otherwise and I learned, on an island of almost permanent sunshine, how much I missed the seasons. I longed for the chill of autumn, even the greyness of winter and in particular the long summer evenings when the shadows creep out of the corners and the light fades gradually into darkness. There was no such twilight in Jamaica. Night came with the suddenness of a curtain being drawn. Dawn was equally swift.

I don’t regret our enforced departure. In spite of having to work at the school from hell, if we hadn’t come home when we did, I wouldn’t have met some of my amazing friends, or joined Renegade Writers and set out on the long road to publication, or indeed be writing this blog.

Wendy H. Jones said…
Thank you for this. It is strange how what seems like a disaster at the time can lead to new and better paths. I am sure your readers are grateful.
11 September 2021 at 10:03

Peter Leyland said…
A great piece Misha. I am drawn to stories about how lives are changed by events, not always of our own making. Strangely, my life was changed a few years ago by someone from Stoke. He wrote a book called Distress in the City, although he works in Canterbury. I am interested in 'the school from hell' and my next piece is intended to touch on that same theme - but 'events, dear boy, events...' - you never know.
11 September 2021 at 14:45

misha said…
Thank you for your comments, Wendy and Peter. Life is random and it's up to us to make the best of what it deals us. I'm also fascinated by the way in which lives can intertwine. If by any chance Peter you want to know more about my time at "The school from hell" I'd be happy to fill you in.
11 September 2021 at 14:49

Reb MacRath said…
Thanks for sharing this wonderful post. The randomness of life indeed.
13 September 2021 at 16:32