Six Romantic Heroines who have No Need to Search for an Author: Griselda Heppel Ruminates on the Greatness of Jane Austen 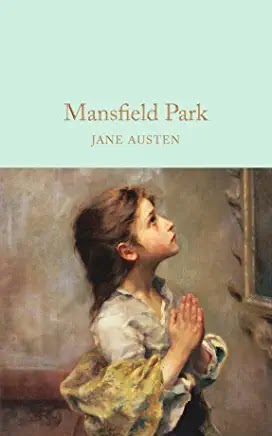 I have fellow Electric Author Allison Symes to thank for my ruminations this month. Her post a couple of weeks ago on her dislike of Fanny Price in Mansfield Park unleashed a lively debate on Jane Austen’s heroines, and why we love some more than others.
It struck me then that the fact we can argue about this at all is down to Austen’s genius in creating six romantic heroines, all struggling within the confines of the same social framework, and all so different from each other.
Ah yes, that social framework. Let’s get one thing out of the way first. I have no time for anyone who holds the extremely-unoriginal-but-frequently-voiced-with-Great-Smugness-by-persons-who-think-they-are-the-first-to-do-so-opinion that Jane Austen is not worth considering because she didn’t set her novels on the battlefields of the Napoleonic Wars. That point of view simply cannot grasp that Austen’s greatness lies, not in recounting military campaigns she knew nothing about, but in her extraordinary ability to use the very limitations of her social environment to delve deep into the human psyche. In laying bare the inner moral attributes that determine character and relationships, she is unsurpassed. 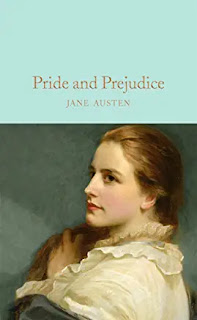 So, back to Elinor, Elizabeth, Fanny, Emma, Anne and Catherine (I can’t speak for Sanditon as I’ve never read the fragment and the recent TV nonsense can’t be trusted). I love them all (even Emma, though for me she’s an acquired taste that has to be newly acquired with each rereading). Elizabeth Bennett's spirited charm and wit in Pride and Prejudice make her perhaps the most recognisable romantic heroine, sparking countless copies ever since, as any reader of Georgette Heyer can attest.
For her other heroines, it’s as if Austen deliberately set herself challenges to use the least promising raw material for their characters. 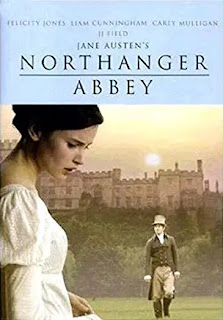 Catherine Morland’s sublime lack of education renders her amusing for much of Northanger Abbey, while Fanny Price’s situation as a poor relation in Mansfield Park traps her into appearing timid and dull. Emma Woodhouse is infuriating: arrogant, meddling, riding roughshod over the lives of people less fortunate than her. Even the wise, self-aware Anne Elliot begins Persuasion as a failure, having let others overrule her own much better judgement. Yet each of these develops through all the tribulations thrown at them to reveal an inner strength, a core of human decency that overcomes their failings. Nor are the (spoiler alert – but you knew this anyway) their happy endings simply a matter of being rescued by their Mr Rights. If anything it is they who do the rescuing: Mr Darcy, from his isolation and prejudice; Edmund Bertram, from his self-deception and credulousness; Captain Wentworth from his emotional pain; Henry Tilney from his domineering father’s appalling snobbery and greed.
How’s that for a quick breeze through of Jane Austen’s entire opus (almost) in one page? Oh, the hubris, the sheer nerve!
Excuse me while I run away and hide for the next 10 years. 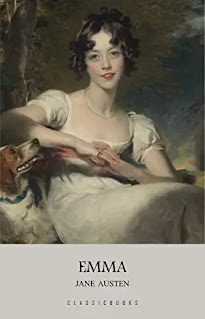 Peter Leyland said…
A good post Griselda. It made me think that Jane Austen's characters, whatever she intended, are now public property to be interpreted and reinterpreted by literary critics, film makers, and of course ordinary readers like myself with some knowledge of her books and a bit of life experience to go on. Recently I opined that the character of Knightly in a recent film of Emma was too young and this was met with some disagreement on the part of social mediarites who loved the actor playing him, much as happened with Colin Firth's Darcy in Pride and Prejudice.

I loved your book picture of Emma by the way. Now if I wasn't a married man...but one must stop these middle-aged fantasies. The books and the heroines are timeless as your piece so amply demonstrates.
1 August 2022 at 09:53

Joy Margetts said…
I really enjoyed this post! Austen wrote about what she knew and experienced, and so her work has substance because of it. Her characters are well drawn and interesting. And not without their flaws, which makes them even more appealing. I too appreciate all her heroines, even Emma. I think Jane Austen must have had great observational skills, a people watcher no doubt.
2 August 2022 at 16:30

Cecilia Peartree said…
I am also a long-standing Jane Austen reader and admirer and it's always good to see a different angle on her books. I hadn't really thought before about how different each heroine is from the one before but it's a very good point. Also the one about the heroines rescuing the heroes, which is quite a modern thing in a way.
Peter, I've also debated the new version of Emma with a friend and we've had the 'Knightly was too young' discussion - I was on the other side however. I thought it was nice to see a different interpretation of his character from the 'heavy father' one that we usually get, and I did point out to my friend that actually the actor was almost exactly the right age for the part, even if he looked unfeasibly young!
3 August 2022 at 17:32